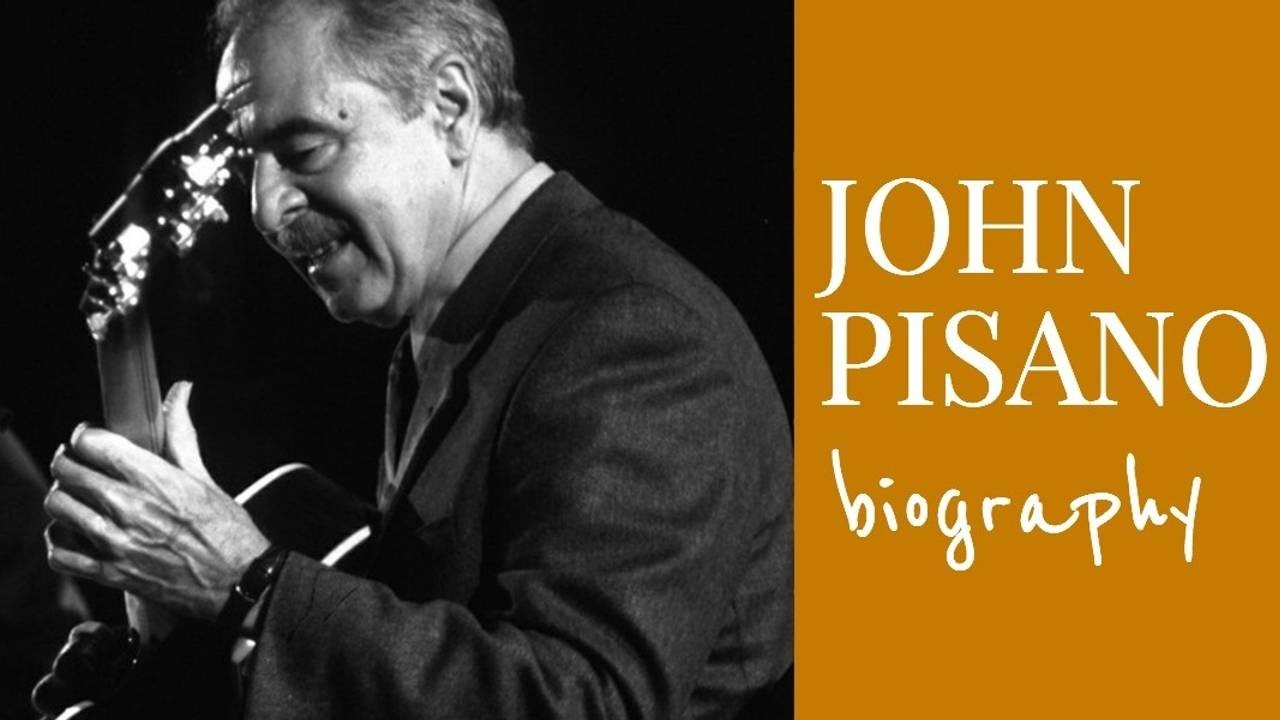 John Pisano is an influential jazz guitarist and studio musician, known for his mastery as an accompanist.

He can be heard on recordings with artists including Joe Pass, Herb Alpert, and Chico Hamilton, and live at his weekly Guitar Night in Los Angeles.

Pisano was born in 1931 on Staten Island, New York. His father and uncle played banjo and guitar, and would often perform popular standards around the house.

Pisano got his own musical start at the piano, but eventually switched to the guitar at age 14. During his formative years, he briefly studied with the famed guitarist/teacher Chuck Wayne, and was heavily influenced by the music of Django Reinhardt.

Pisano's first professional gigs were with the Johnny Long Orchestra, where he played swing rhythm guitar. The parts were very simple harmonically, so he came up with ways to add more movement to the chords while still keeping good time.

At age 20, he enlisted in the Airforce and played guitar in a sextet called the Crew Chiefs. This was an important experience for Pisano, as he got the opportunity to perform live in military clubs, and record for recruitment advertisements.

Pisano left the service in 1955, and was about to start his studies at the Manhattan School of Music when he got a call for an audition with Chico Hamilton. He got the gig (taking the place of Jim Hall), and moved out to California, where he still remains today.

“The intensity of New York was too crazy for me. West Coast jazz was always a little more relaxed. I think it’s just the nature of the areas influencing the intensity of the music", says Pisano.

After spending two years with Chico Hamilton, Pisano began working with an impressive list of artists: Billy Bean, Tony Bennett, and most famously, Joe Pass. Pass and Pisano would go on to record 11 albums together, including the classic For Django (1964).

In 1966, Pisano took on a more commercial gig with Herb Albert and the Tijuana Brass. This group was wildly successful, selling over 13 million albums in 1966 (outselling even the Beatles).

Pisano played guitar in the group and also contributed tunes, and the royalties earned here gave him the freedom to continue pursuing jazz.

In 1997, Pisano started his long-running Tuesday night tradition, Guitar Night. This series has become a Los Angeles staple, and has featured some of the top jazz guitarists including George Van Eps, George Benson, and Herb Ellis.

Pisano remains active in the music scene today, performing and teaching, as well as developing a signature archtop model with Eastman guitars.

"The whole key to not only playing good music but really enjoying music, which is a rarity, is in listening."

The rhythm that I played was a driving force. It was the momentum of the beat of the brass and Herb really appreciated it.