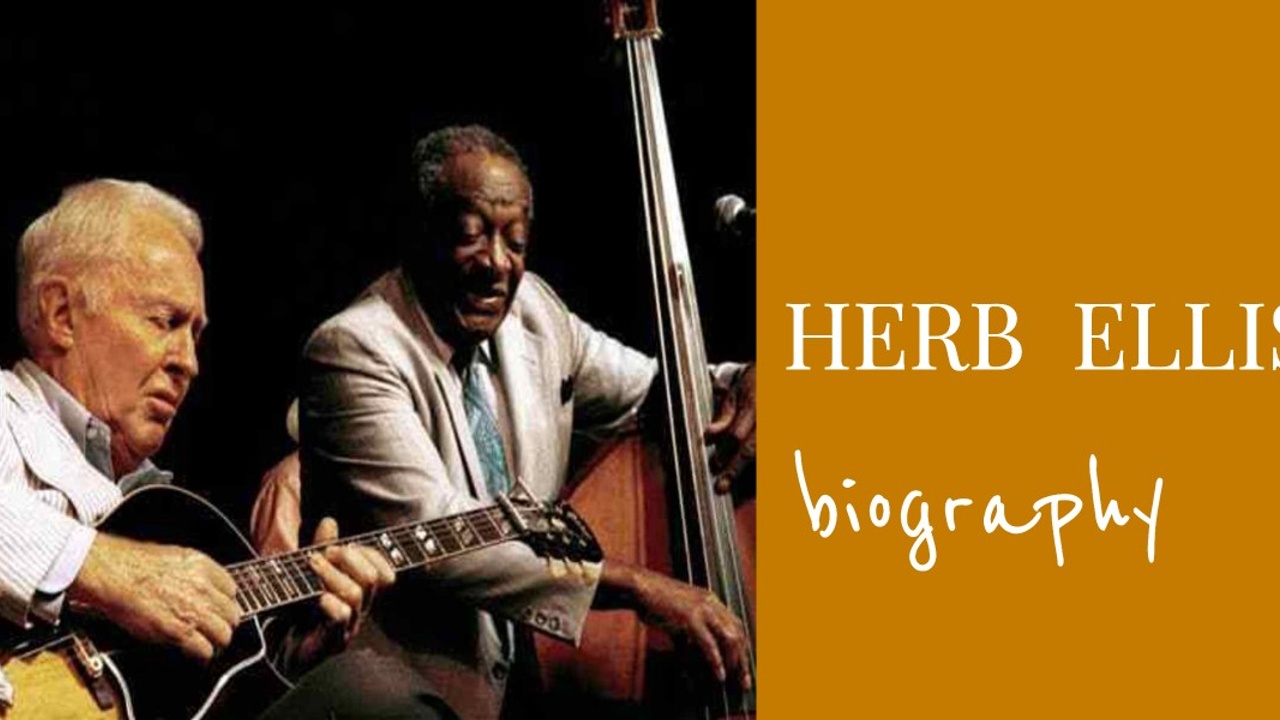 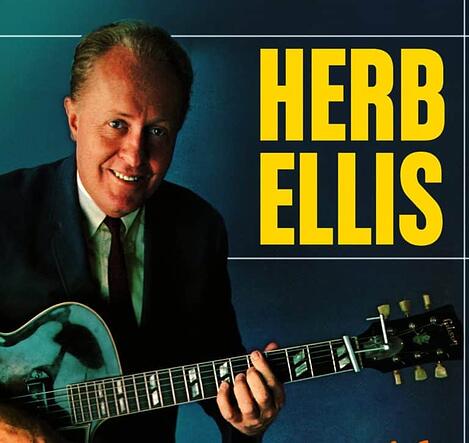 Mitchell Herbert "Herb" Ellis is another contemporary of Farlow, Christian, and Wes. Unlike those three though, he had an obvious country-ish influence and sound (from Dallas, Texas), even playing bebop. Ellis's swing feel, which comes from western swing and jazz (at the same time), is instantly recognizable. Herb's guitar journey began when he heard George Barnes on the radio: he picked up the instrument and immersed himself in jazz. Soon after, Herb Ellis went to college to major in music (which was very rare at the time) and never graduated because of financial struggles. While still in school, he met with Jimmy Giuffre, and finally heard the great Charlie Christian for the first time! It was a major turning point in his life. It's listening to CC that basically "propelled" him into bebop!

In some liner notes we can read this interesting quote from Ellis:

"... the first time I heard Charlie Christian I thought he really wasn't so much, because I felt I could play faster than that. Then after a few more times it really hit me, and I realized that speed wasn't everything. I got quite emotional -- put my guitar away and said I'd never play again. But the next day I got it out and started to try to play like Charlie."

Career-wise, Herb was a member of Jimmy Dorsey's band in the 1940s (which was a rather big gig) and he's known best for being part of the Oscar Peterson trio (piano/guitar/bass) in the 1950s. It's those two bands that put him on the map, so to speak. After coming to prominence, Herb Ellis recorded and played with basically every jazz star in the business (and recorded many albums under his own name). He was a staple on the international jazz scene.

Here are some of Ellis's album as a Leader. Take them all!