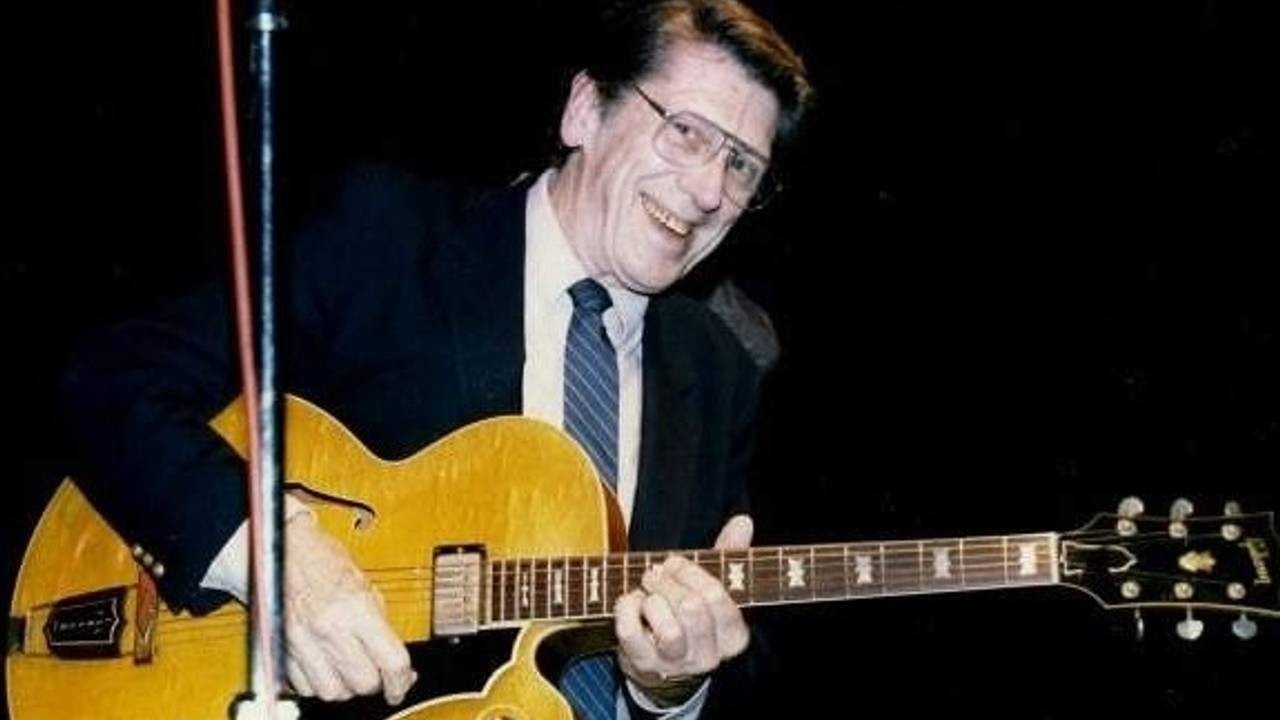 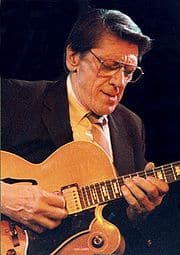 Tal Farlow (Talmage Holt Farlow) is one of the pioneers of bebop style of jazz guitar playing. His interest for guitar ignited when he heard the great Charlie Christian on the radio in the early 1940's.

It is said that Farlow's career as a professional jazz musician was launched only a year after he picked up the guitar for the first time... and he was under 25 years old! Thanks to his ability to learn many, many Charlie Christian solos from Benny Goodman recordings.

In fact, Farlow can be perceived as one of the earliest bebop jazz guitarist because his career was active as soon the early forties! He was born only five years later than the great C.C. and left a legacy of amazing jazz guitar music for future generations.

Tal came up on the international scene by working in the Red Norvo trio from 1949 to 1953 and then went on to lead his own band. Although extremely talented and influential, he was always reluctant to play live. Some believe that is why he "retired" from music and returned to his sign painter career in 1958.

There was a resurgence in his public appearances and recordings in the 1976-1984 period... but he virtually "disappeared" of the scene again (only to play a few times here and there in his later years.)

Of course, Tal was influenced by Charlie Christian (and, honestly, who wasn't during that period?!) His lines show an understanding of harmony and passion for the bebop type of phrasing. His "edge" came from his unique approach and enormous hands (which both allowed for smooth lines and very unorthodox techniques.) Also heard on his recordings: some very unusual voicings and chord melody abilities for the time.

My personal favorite Tal Farlow sound is the use of artificial harmonics to play entire melodies. Years before Lenny Breau used plenty of special techniques with harmonics, Farlow pioneered that kind of sound in jazz guitar. Lenny Breau also stated in an interview that Tal Farlow was one of his main influence on guitar. Note : They recorded a live album/documentary entitled Chance Meeting together.

There are really countless of songs and albums Fal Tarlow has been with. Here are 5 of them for you to get acquainted with. Enjoy ! 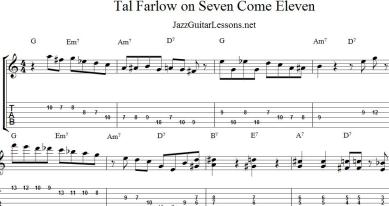