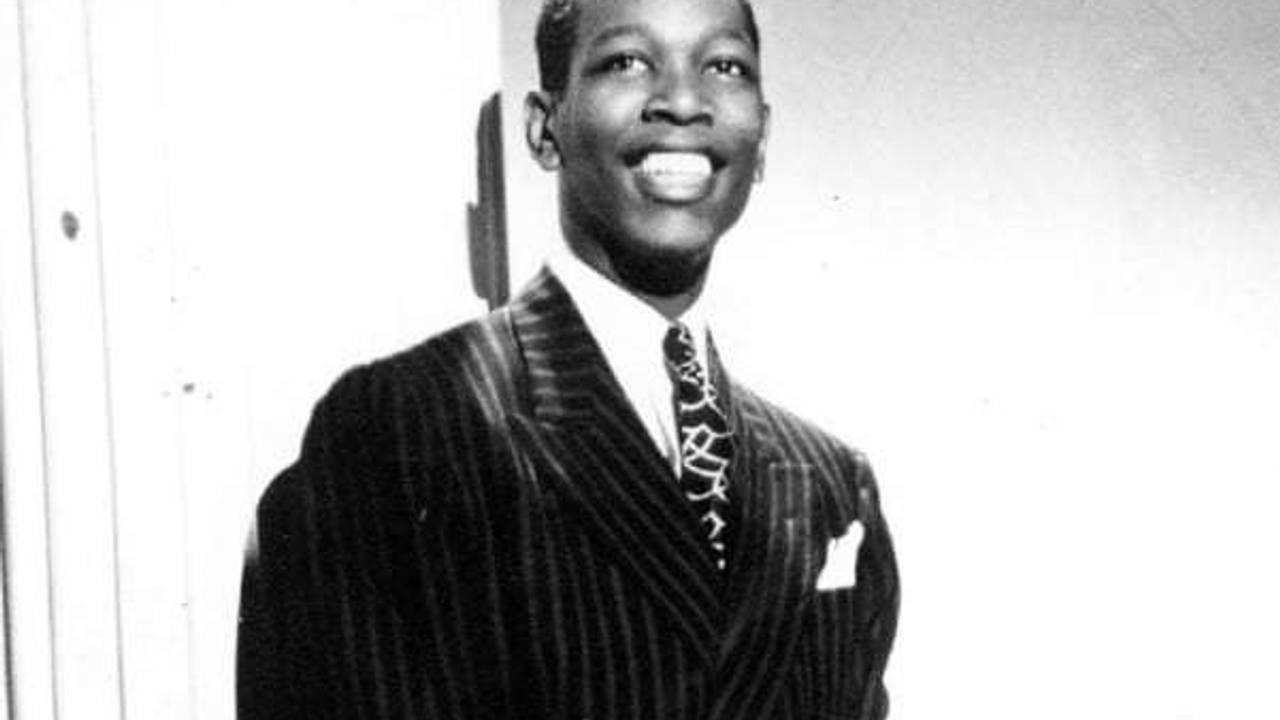 Charlie Christian (Charles Henry) is the most well known of the early amplified jazz guitarists. He's considered by many to be the father of bebop guitar. We can even go as far as saying that Christian was a key figure in the development of bebop in general (not just guitar), starting from the early 1940's. If we trace back the roots of jazz guitar, Charlie Christian simply is one of the most important founding member. 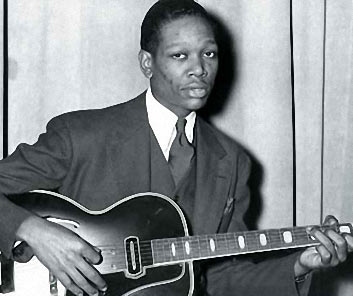 Furthermore, his new sound and approach has supposedly influenced early bop recordings by giants such as Dizzy Gillespie, Charlie Parker, Miles Davis and Thelonious Monk. He was present at the legendary Minton's Playhouse jam sessions (in New York). That's quite a reach for a simple guitar strummer: remember that the guitar was not yet accepted as a jazz instrument at a time. Musicians (including Louis Armstrong) often had a banjo player in their band, and not a guitarist!

Notice that CC was mainly influenced by horn players of his time.  Not so surprisingly, he wanted to make his guitar sound like a tenor saxophone. I believe that is why his improvisations blended so well in bands constituted primarily of winds. Often described as a trailblazer with a unique sound, his approach definitely influenced most (if not all) jazz guitarists that came after him. Noticeably Wes Montgomery, and Tal Farlow ... who both learned Charlie Christian solos from records.

Christian used an amplified hollow body guitar. The first and main model was the Gibson ES-150 (mounted with a pickup near the neck). 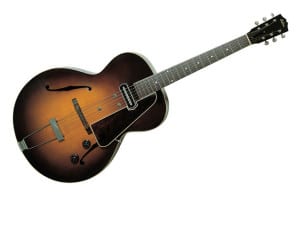 The amplification of an acoustic instrument was quite new at this time. The most common "electric guitars" of this era were entirely electric instruments (such as the "Frying Pan" played as a lap steel). The ES-150 has been very much associated with Christian. The pickup, which was the remarkable feature, was named after him later.

Read or watch Charlie Christian Untold here, where we ask ourselves “What can we learn from Charlie?” (other than playing amazing improvised jazz guitar lines!)

Don’t know where to start listening to the great Charlie Christian? Perhaps this little top-5 list will help you get started!

Get transcription excerpts from this video HERE