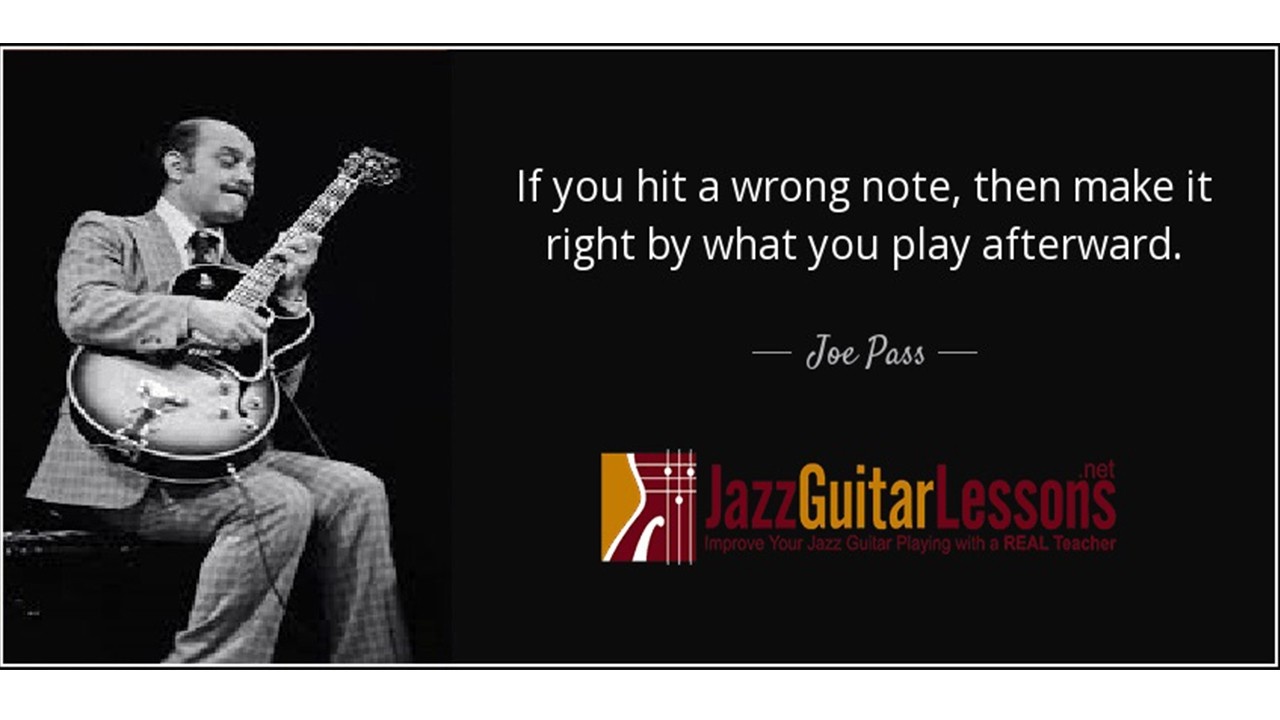 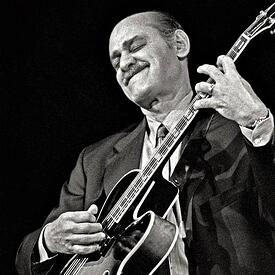 He could play nice chord melody interpretations of jazz standards ... and then improvise forever (still accompanying himself) without it getting boring or repetitive! Chorus after chorus, you still hear swinging lines and nice chordal punctuations.

Joe was also an outstanding improviser and accompanist in many other contexts. noticeably in a quartet with Oscar Peterson. Also highly recommended: Joe Pass playing duo with Ella Fitzgerald; Joe's playing is delightful. And lastly, if you're into "chops" and fast lines, checkout his duos with Niels Orsted!

All in all, Joe Pass is now a staple in this great tradition and still has an influence on younger jazz guitarists. Study his music carefully and you'll be rewarded. He was a true pioneer of chord voicings and chord melody arrangements for solo guitar. Want proof? Just listen to Stella by Starlight from his first solo album Virtuoso.

Used a Gibson ES-175 mainly. He also played a custom d'Aquisto and his signature Ibanez model. Epiphone recently put out a "homage to Joe" model called the Emperor. I have personally tried the Emperor several times in music stores, and it's still a favorite of lots of my students.

Joe played with picks early on but was plucking strictly with his fingers by the end of his life. He believed it' sounded better for his solo works. As you might already be aware, I'm a big fan of the "pick and fingers" approach, and Joe Pass is a particular case of that! :-)

Simply put: just watch him play and you'll see what his technical style is like...

Read or watch Joe Pass Untold here, where we ask ourselves “What can we learn from Joe Pass?” (other than playing amazing improvised jazz guitar lines!)

Don’t know where to start listening to the great Joe Pass? Perhaps this little top-5 list will help you get started!

Get Joe Pass transcription excerpts from this video HERE