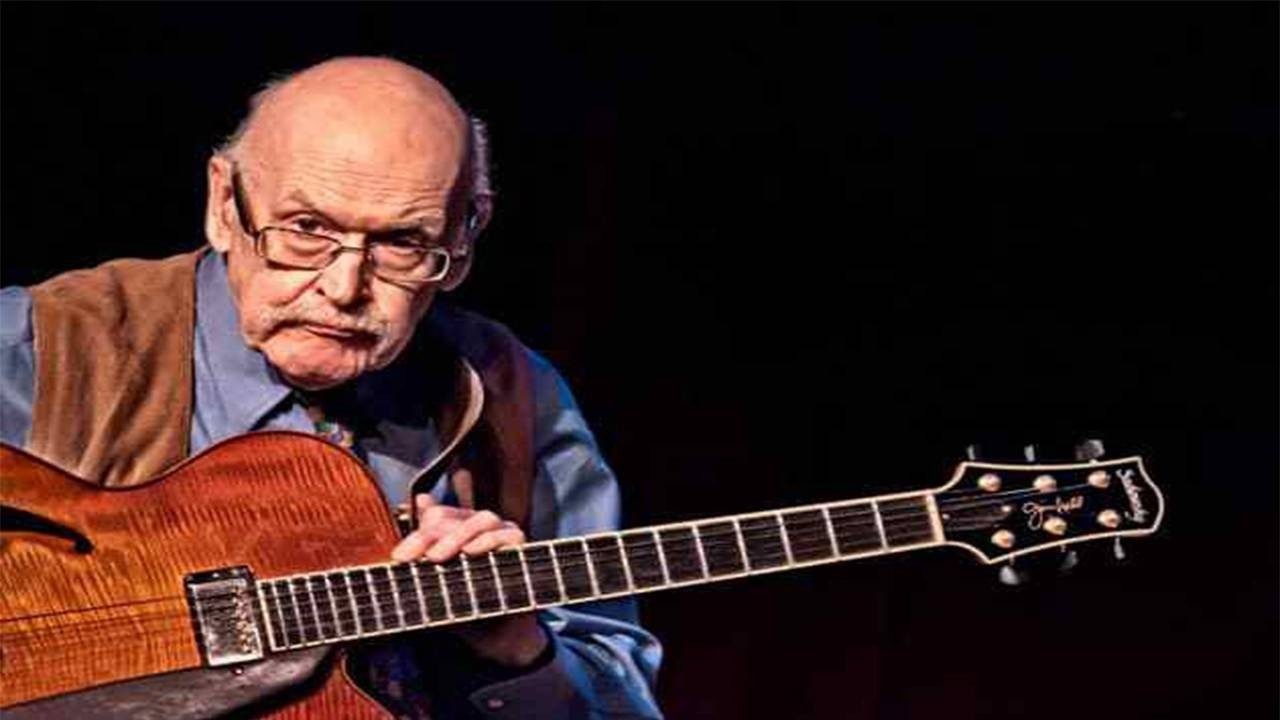 Jim Hall is hard to box-in and describe. Yes, he's one of the guys that were active starting in the 1950... in New York in the 60's. And yes , he played mainstream jazz and/or bebop and/or cool. And of course, he played with most legendary jazz men of the last 50 years (and continued to do so until he passed).

But, the point is: he's no ordinary bebop/mainstream/legendary man. In my opinion, Jim Hall is a legend's legend! There's something unlikely about his sound and approach. And from what I understand, Jim IS that legendary guy because he didn't sound like everybody else. Such an appealing sound.

The way he decided to play the guitar in such a traditional idiom without any frills or flashy stuff probably comes from his classical training: sophisticated harmony implied by the use of intervals, very broad improvisational ideas, less is more approach and of course, lots of listening in general.

Everything is purified before it comes out. And content is more important than sound. I believe that's this is why Jim Hall is so magnetic for other guitarists. That kind of sound influenced most jazzers that came up in the 70's and later, such as Metheny and Scofield.

"Players should force themselves to hear something and then play it, rather than just do whatever comes under their fingers. I try to make my playing as fresh as possible by not relying on set patterns.

When I practice, I tie off some of the strings with rubber bands to force myself to look at the fingerboard differently. Force instance, I might play on the D and G strings only, or even just on the G and A strings." 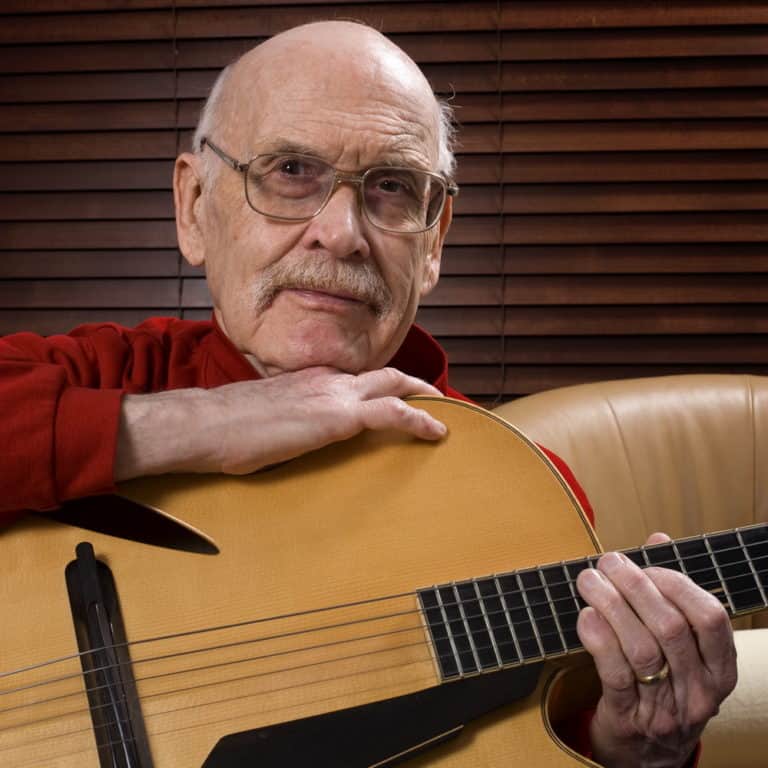 Gear wise, he's been using a custom made Sadowsky guitar and polytone amps (but it always depends). As to his playing style, Jim Hall places the music first, the technicalities come after.

I like to see it poetically: He choose minimalism over chops. He choose each note wisely instead of noodling around. He choose rhythmic sophistication instead of funky vamps. He punctuated with three-notes chords instead of strumming... etc. He leaves space when the music calls for it!

The following transcriptions comes for the live Michel Petrucciani "Power of Three" album (with Petrucciani, Hall and Wayne Shorter)

Read or watch Jim Hall Untold here, where we ask ourselves “What can we learn from Jim?” (other than playing amazing improvised jazz guitar lines!)

Don’t know where to start listening to the great Jim Hall? Perhaps this little top-5 list will help you get started!