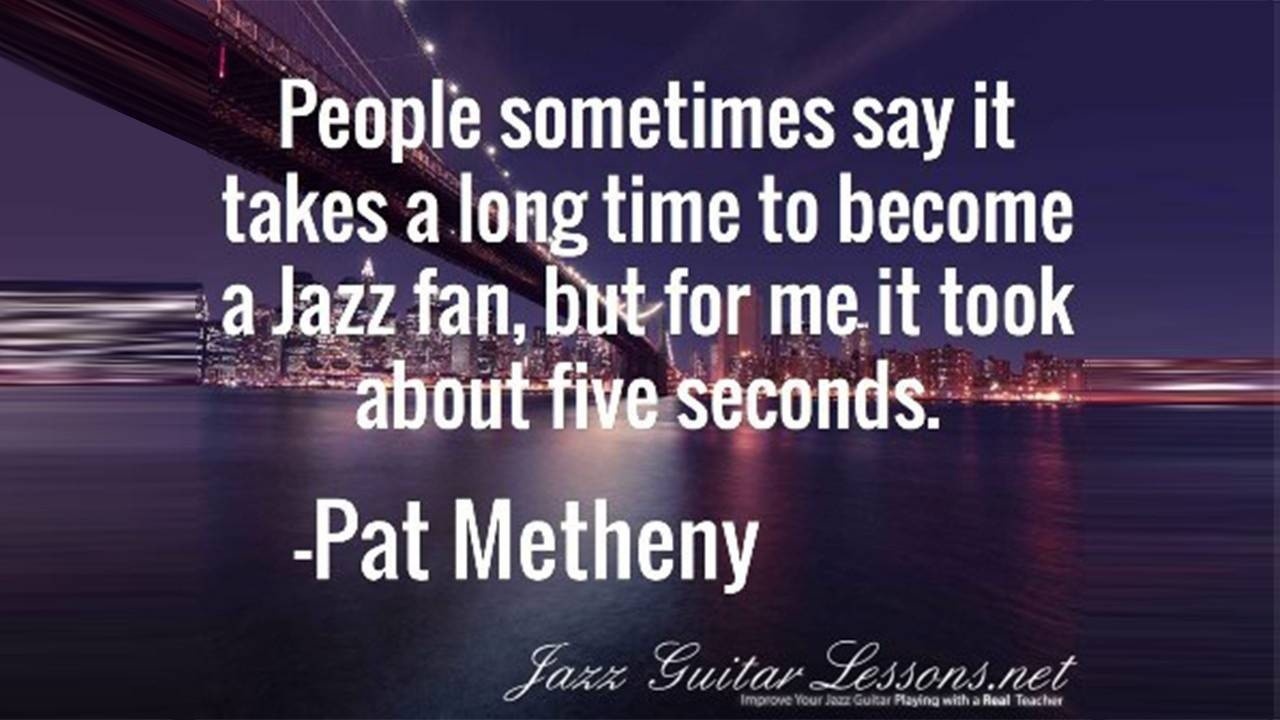 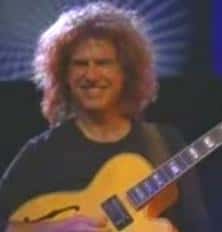 Born August 12, 1954 and raised in Lee's Summit (near Kansas City, Missouri), Pat Metheny is the most influential jazz guitarist of his generation. He reinvented the traditional "jazz guitar" sound for a new breed of players coming up in the 80's, 90's and beyond.

What's particular about Pat's style, is that from his deep blues, americana and bebop roots, he has the ability to express modern melodic ideas ("hip stuff" so to speak) that still resonate with millions of listeners worldwide. Of course, all the while he stays within what we can call "jazz tradition".

His compositions (being his main improvisational vehicles) can scare so-called jazz purists in the blink of an eye. More often than not, they'll say "it's not real jazz". Metheny defends his creative output by arguing that this is what jazz is all about: expression how *you* feel about something, trail blazing, news paths and constantly re-inventing oneself.

On the other hand, his *guitar* playing is deeply grounded in melody, swing and the blues. Nothing scary there! Would it NOT be for his own tunes, Pat Metheny can even be perceived as a almost traditional "straight ahead" player at the first listen.

As if an international career with hundreds of recording credits under his belt and a influence that will transcend time and genres is not enough, Pat's has been awarded a honorary doctorate by Berklee College of Music, recorded three albums that went "Gold", was voted "Guitarist of the Year" in Downbeat many times over

Metheny's virtuosity and technique are very unusual. Watch him play a little (on YouTube or DVD's of live concerts.) You'll notice unorthodox picking (with the round end of the pick ) and fretting techniques (thumb over the neck)

Even with strange technique habits, he can play in different styles and shine in many musical ways. Pat's outstanding improvising skills also allow him to "blow" over basically anything... (chord progressions, time signature, style, tempo

etc.) For the record, Pat admits it's Wes Montgomery albums (especially "Smokin' at the Half-Note") that taught him how to play.

His spectacular soloing over jazz (and even on more pop/folk/rock oriented songs sometimes) always carry the "Metheny" trademark voice and sound. From his standards jazz trio to very large ensembles, Pat's guitar improvisations are always breathtaking and heart-melting. Virtuosity meets bluesiness and harmonic sophistication in a way that's uniquely his own.

Apart from his main "jazz box" axe (the Ibanez PM), Pat Metheny does all his magic on several other (potentially weird or "geeky") instruments such a guitar synthesizers, 42-string guitar and other exotic instruments. He's been contributing with different companies to come up with prototypes to fit his musical vision.

Metheny's main guitar for straight-ahead jazz playing is the PM-100 manufactured by Ibanez. He also uses a variety of other guitars (that are not prototypes or "exotic") such as acoustic and nylon-string guitars. His amp and effect rig depends largely on the musical situation.

Talking about tone... it's interesting to note that Pat Metheny recorded one of his greateast trio album (with Dave Holland and Roy Haynes) in studio with a simple "guitar,cable and amp, no-frills" kind of setup! Tone really is in the fingers!

Read or watch Pat Metheny Untold here, where we ask ourselves "What can we learn from Pat?" (other than playing amazing improvised jazz guitar lines!)

Don't know where to start listening to the great Pat Metheny? Perhaps this little top-5 list will help you get started!

This is the beginning of Pat Metheny's solo from live version of his tune "Unity Village". Enjoy!

Highly recommended: Pat Metheny Songbook containing accurate versions of tons of his compositions (167 tunes in the edition that I own here). This is like a "Metheny fake book" if you want. Also recommended: Pat Metheny Guitar Etudes - Warmup Exercises for Guitar. This second book is the routine that the man himself uses to warmup. This sequence of exercises was recorded then transcribed during a tour or Europe. Those are the very notes Pat played before concerts to get ready. 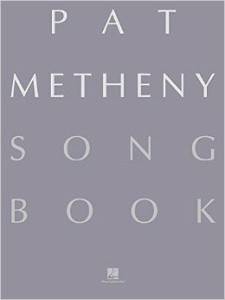 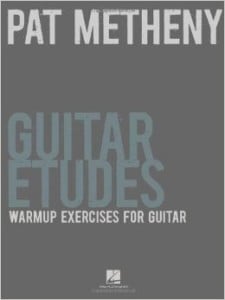