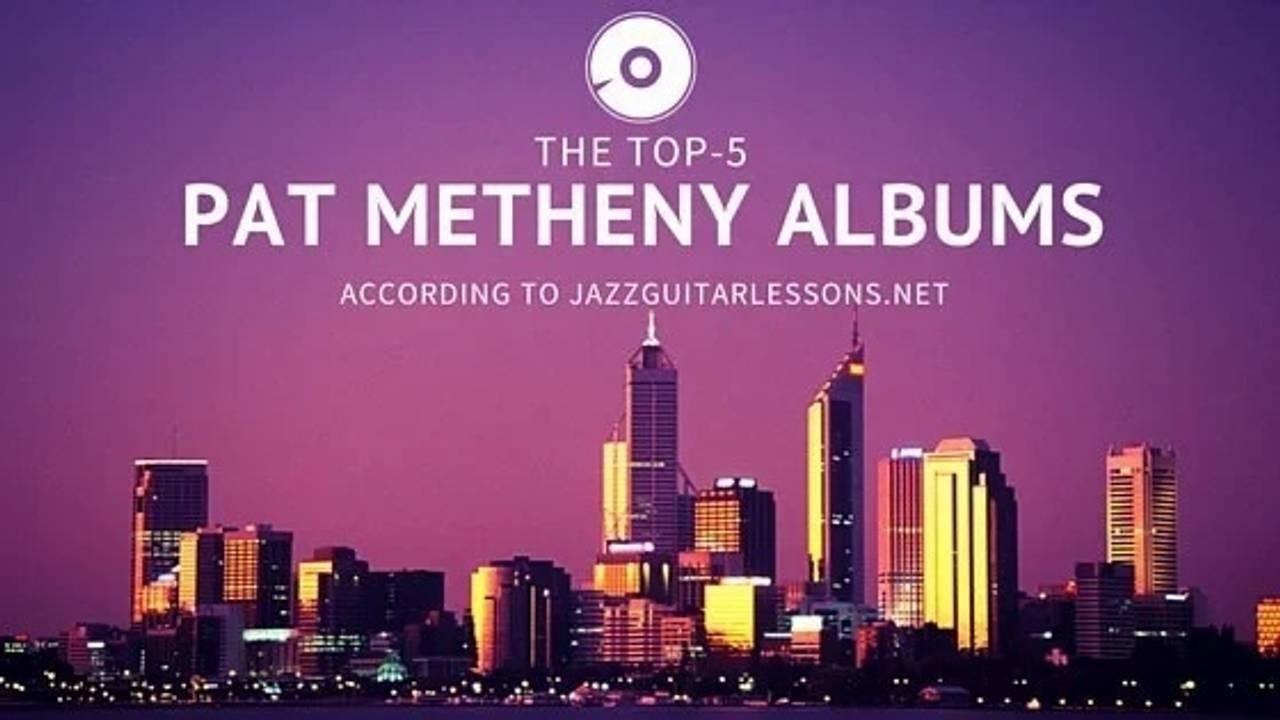 Pat Metheny: Where to begin when talking about the recorded output of one of the most prolific jazz composer, improviser and recording artist of the last 40 years?!? By my favorite albums of course!

In case you didn't know, Metheny won over 20 Grammys and three of his albums went gold. It's hard to discuss such a jazz giant without forgetting to mention something important. Metheny impact goes beyond the guitar, and beyond jazz, oddly enough. His fans do not consist strictly of hardcore jazz fans, or guitarists: his music has a large popular appeal, while maintaining very high standards of artistic integrity. 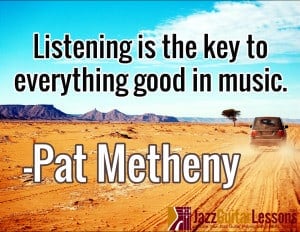 So here, we'll simply address the "best of" the cream of the crop albums (of the icing on the cake, of the cherry on top, of the ...) out of the gigantic Metheny collection. Or else, you'll still be reading this post in 3 hours ;)

Let's start slow with an early album: Rejoicing. Featuring a trio consisting of none other than Charlie Haden on bass and Billy Higgins on drums, Metheny hit a home-run with his listeners on this one. This was back in 1984, when Pat Metheny was still basically in his musical infancy, at 30 years of age. The supporting role of the bass and drums provide the guitarist with ample room to do what he does best: blowing! 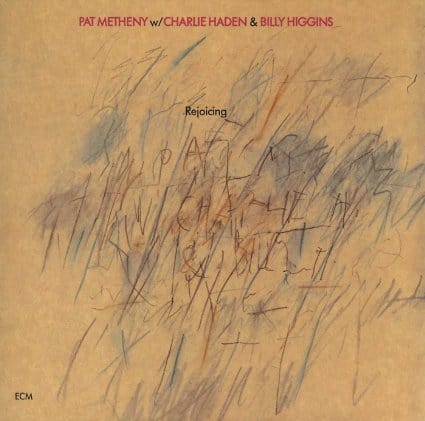 The main feature of the album? The first track, Lonely Woman (the one by Horace Silver, not the Ornette Coleman tune). Pat Metheny traded his old ES-335 for an acoustic guitar on this track and paints a slow paced, soulful comping-style version of the ballad. It's surprising to hear that same player playing "slow" on an acoustic guitar when we're expecting the typical fast improvised syncopated lines. Yet, it works so well!

Fast forward a few years, we have this Letter from Home album, released in 1989. This is probably when the band Pat Metheny Group picked up a lot of steam. It won the 1990 Grammy for "Best Jazz Fusion Performance". Integrating lots of Brazilian influences into what hardly resembles what we call "jazz" as an American music, the Pat Metheny Group delivers very accessible pieces of rather pop-influenced melodies and harmonies. 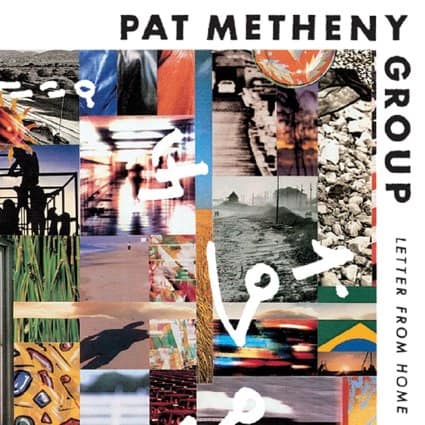 Letter from Home is on this list for two main reasons, I must admit. First, Metheny's guitar improvisations are brilliant. Whether he's taking a solo on a C minor blues with a bridge (the first track) or giving it all he's got with the synth guitar, there's always a decent amount of surprises and interesting lines. I don't think there's a Pat Metheny album prior to this one where he shines so much as an improviser.

And secondly, Letter from Home made this list because of the intricate compositions. Sure, at the first listen it will all sound like elevator muzac. Then try playing along with the album ... it's full of odd time signatures, tricky forms, change of keys and surprising harmonizations. And it's polished to the point of sounding, well, simple. It's sounds easy, but it's not easy.

Not much to say about this one. It's the jazz guitarist's natural habitat: the trio! Pat Metheny and his sidemen (Bill Stewart and Larry Grenadier) created this gem of a double album featuring standard songs and some of Metheny's older compositions. The tracks were recorded back in 1999 and 2000 as a live complement to the album 00 --> 99, with the same personnel. Probably lots of takes come from a European tour, I'm not sure. Caveat: those are the product of hundreds of takes, only the cream of the crop tracks were kept to make this album. Pros: man do the boys play their asses off! You can hear the crowd go wild when they launch into the song Bright Size Life and the musicians really feed back this love right back to the audience. Overall, legendary playing and songs we like listening to. Yes, even a Bossa Nova version of Giant Steps!

Recorded live at the Mellon Jazz Festival after a world tour supporting Jack DeJohnette's Parallel Realities album, the title tells you exactly what to expect. Four legendary jazz musicians (that left their mark on the music itself), playing together. 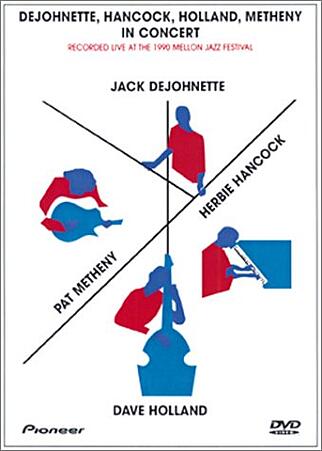 The live component to it makes it really interesting to watch. The cheering crowd gives ample love to Metheny for his smooth bluesy lines over extremely cheesy changes as he solos on Nine Over Reggae. And the the more cerebral listeners will enjoy hearing all those masters taking their time crafting yet another great version of Solar.

Ok, if you're reading this and you're already a Pat Metheny fan, you're going to think this is blasphemy. Day Trip is my favorite Metheny trio album. It's not an album of standards, and it seems our man really found his voice for playing trio. His own tunes are really about carrying his ideas forward. Also, there's this "very full sound" on all tracks, thanks to Christian McBride and Anthony Sanchez playing brilliantly in their supporting roles. The takeaway? It probably takes a jazz guitar legend about 40 years of playing trio to really feel 100% comfortable. I personally hear that at this point (Metheny was in his mid-50's), it's as good as it gets as far as composing, playing and improvising in the context of a trio. Looking forward to Metheny's next trio albums!

The album Jim Hall & Pat Metheny deserves to be on the list above. But I would have needed to change the title to Top-6 :) The album is crucial not only because two of the most important personalities in jazz guitar are playing together (this would be analogous to Wes Montgomery jamming with George Benson), but also because of the sheer pleasure in listening to it. Jim and Pat created a beautiful album, partially recorded live, that showcases both player's strength.

For Jim Hall, an incredible sense of sophistication in the placement of his lines, and "jumping" comping style. For Pat, a usual virtuosity and horn-like articulation and phrasing, in a constant state of responsive improvisation.