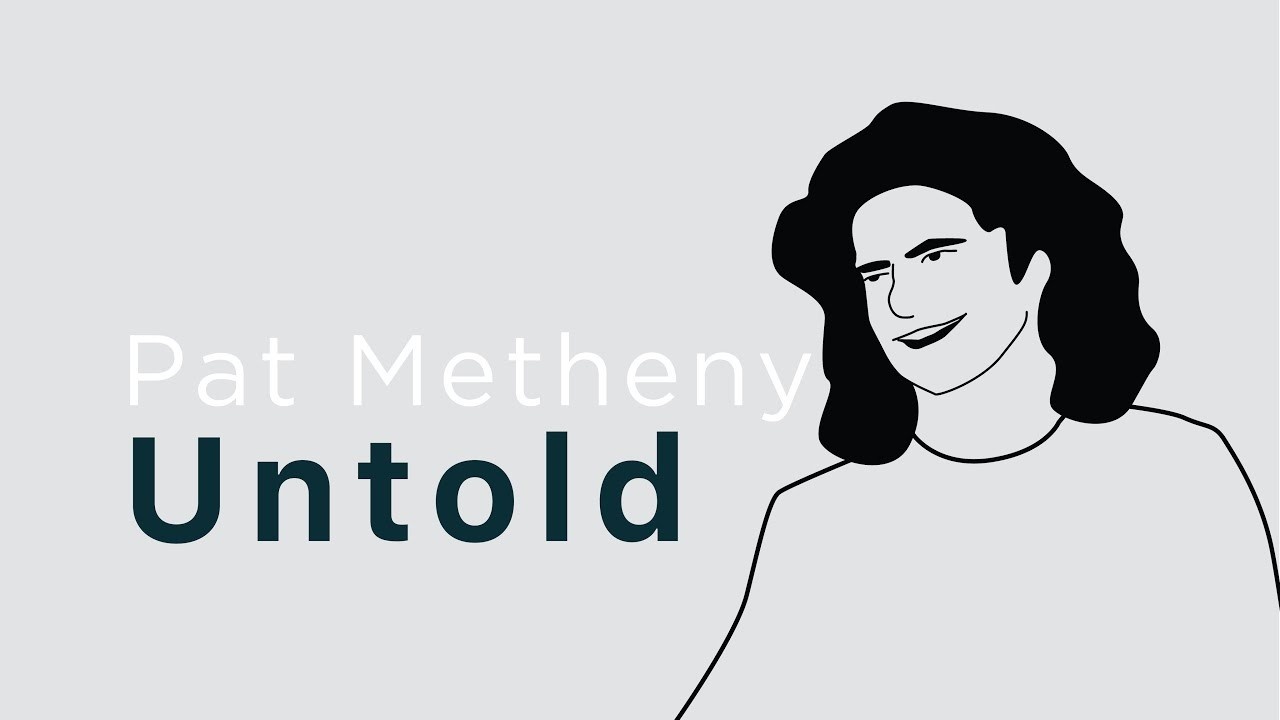 Pat Metheny is one of my favorite jazz guitarists. We can hear, in a certain way, that he’s next in line in the tradition of Wes Montgomery and other mainstream jazz outfits that fizzled into other grooves in the late sixties, such as Miles Davis. Metheny is a “case in point” so to speak in so many areas of his musical career, that it was difficult to know where to start. Making this video.

Nevertheless, I present to you here “Pat Metheny Untold”, a short video where we’ll put the chords, compositions and licks aside to reflect on the bigger impacts: what can we learn from Pat Metheny? Let’s get going!

Jazz is an aural and oral artform. Since the beginning of the 20th century, it has been passed on through word of mouth. “Hey, how did that lick go again? Can you play this back to me more slowly?” And hence, the next generation picked up everything by ear. And it continues to this day, to a certain extent. 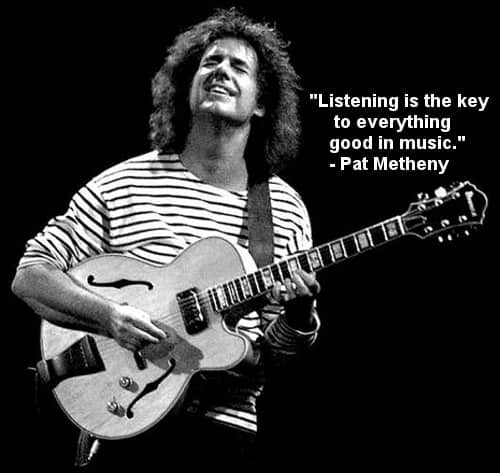 If there’s only one skill you should model onto Pat Metheny, I believe it should be this one. Listening! As he said himself “Listening is the key to all things good in music.”

Interestingly, Metheny learned the guitar mostly by imitating recordings of Wes Montgomery, noticeably the Smokin’ at the Half-Note album. He realized from an early age that it was crucial for him to “memorize” his favorite Wes album. Or at least, have them imprinted in his musical mind. Yup. He was 14.

Not so surprisingly, it’s by listening to jazz to our man became hooked (and not because the chords were hip, or anything). His brother brought home a copy of Miles Davis Four and More and that was the beginning of his musical career.

So, from a learning perspective: understand that “all that jazz” is only in your mind at first. It’s within your musical ears. And the musical output we create is only an approximation of all that beautiful music we dream of. Thus, from Metheny’s perspective music is NOT about the technicalities or virtuosity, it’s about listening.

Pat Metheny’s music generally has a narrative quality. Sometimes it even feels as if it’s a soundtrack for a movie that doesn’t exist. What is there to learn in this case? Developing on the ideas!

You see, as jazz players, we are often caught up in scales, chords, progressions and licks. While Metheny’s music is rather based on developing smaller musical ideas for longer periods of time. In summary, it’s not the amount of information within the music that matters, but rather how that information is treated. With a little creativity, and lots of patience, we can take small fragments and make interesting works of art.

Think about it when you catch yourself mid-solo when you going up (or down) that same scale again. There’s always more meaningful things to DO with a little fragment of this scale moving up and down. Perhaps. Especially if it’s congruent with everything that comes before and after. That’s seeing music like architecture, like Pat.

Respect the traditions, but move on

Even with his big ES-335 or Ibanez PM model hollow-body guitars, Metheny is NOT a jazz purist. The most hardcore of mainstream jazzers often throw rocks at him for being too “fusion” or too commercial. I like how Pat refutes this argument by saying “Our songs last 7 minutes on average. If we wanted to do this for commercial reasons, that would be the first thing we would change.” (I’m paraphrasing) 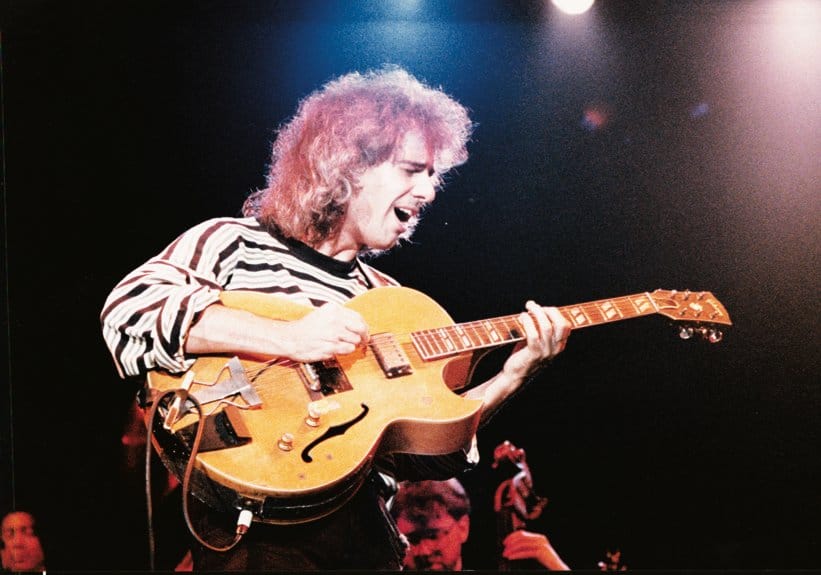 Anyways, I believe we can all model our thoughts a little on how Pat sees this: we can never recreate an era. And listening to a live band in 2015 attempting to play like Charlie Parker did in the 1950’s only has us craving more for the original thing. And that’s the beauty in jazz, in that it re-creates itself all of the time in order to remain genuine.

The lesson? Don’t try to play like it’s 1959, and find your own voice. That’s is what jazz is, in essence. All great jazz artists possess a completely distinguishable sonic signature. It’s a good thing to understand the harmony, the history, the players and the songs … and to respect the tradition … but your voice should pre-vail in the end.

Metheny has taken his career to a different level when he started to write his own compositions for his first album. He was still in his teens, but he realized then that playing on standards was not “enough” to carry the musical ideas he wanted to put out in the world. That’s what we can call moving on from the traditions.

One last one, for the road!  I understand that this fall under the umbrella of “general advice”, but I believe it’s worth the last minute of this video.

Pat Metheny is extremely grateful for playing this music, every night, which is something I believe we all aspire to. Every concert, he thinks “this could be it” as he’s playing the tunes, he said when interviewed. This demonstrates a deep love for music, and not (necessarily) a search for excellence for selfish reasons. In fact, Metheny often says that the albums, the fame, the concerts and the crowds are just bi-products of his musical explorations. According to him, he would have done the same stuck on a desert island! Food for thoughts.

And one last note on attitude and lifestyle: Pat Metheny is often labelled by his fellow musicians (including legendary players) like a man with a focus that is out of the ordinary. Our man is well-spoken, direct and possesses incredible work ethics. Making music is not enough, he has to produce it in an industrious fashion to get it into the world.