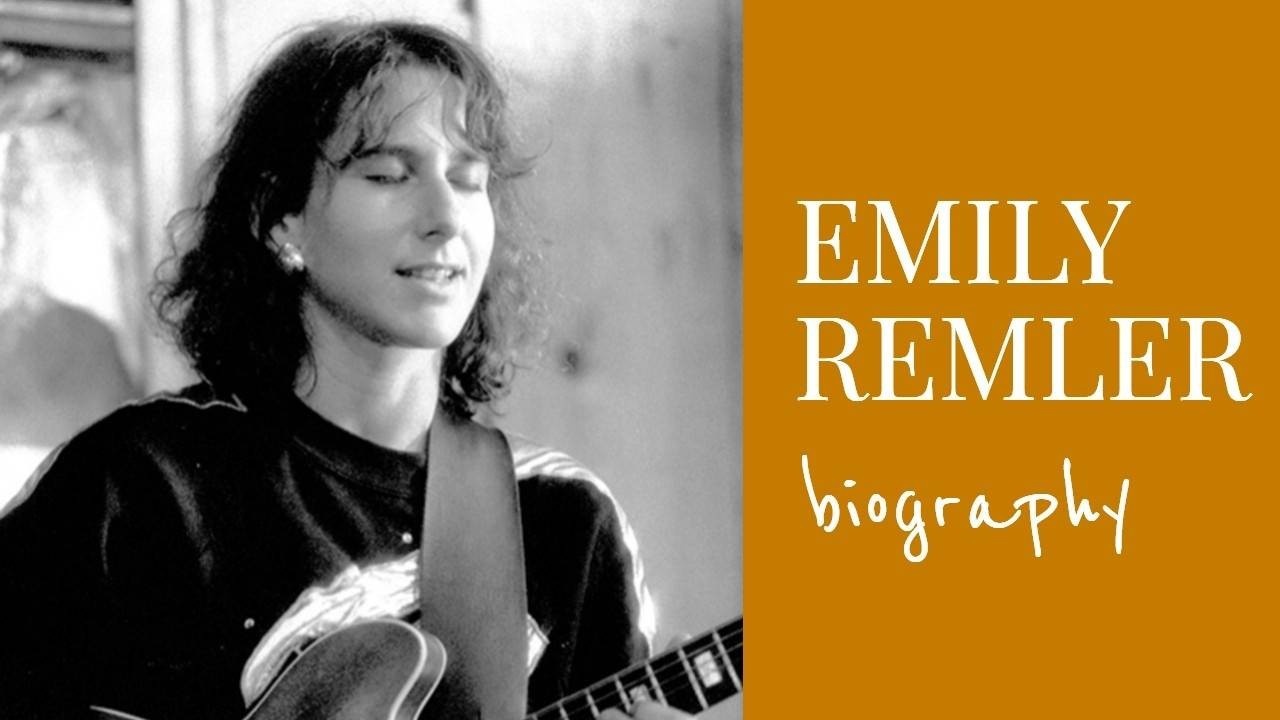 Emily Remler (1957-1990) was an explosive jazz guitarist known for her extraordinary time feel, technique, and mastery of traditional bebop language. During her lifetime she was considered one of the top guitarists in the lineage of Charlie Christian and Wes Montgomery.

She played with musicians including Ray Brown, Eddie Gomez, Larry Coryell, and Nancy Wilson before suffering a tragic early death at the age of 32.

Emily Remler was born on Sept. 18, 1957, and raised in a suburb of New Jersey. Her first exposure to music was through her brother, who had a Gibson ES-330.

In her teenage years, Remler was sent to a boarding school where she immersed herself in rock and folk music. Of her younger self, Remler said, "I was into having parties and being a hippie, a very young hippie".

Her early influences during this period were Jimi Hendrix, The Beatles, B.B. King and Johnny Winter.

Upon graduating high school early (at the age of only 16), Remler was accepted into the Berklee College of Music. She was later dismissive of her playing during her school years, noting that one teacher told her that her time was bad. This comment had a profound effect on Remler, and she began obsessively practicing with a metronome.

During her time at Berklee she began a relationship with guitarist Steve Masakowski, and together they would move to New Orleans. Remler flourished in the new environment and began to build her reputation as a force on the instrument. She became friends with Herb Ellis, played with Ray Brown, and was promised a future contract with the Concord Jazz Label.

Although her schooling had ended, Remler's obsessive practice habits persisted. In a later interview she described her approach of purposefully limiting her practice to straight-ahead bebop. Wes Montgomery and Joe Pass were her guitarists of choice, and she absorbed their phrasing and time feel through transcriptions.

After her relationship with Masakowski had ended, Remler set her sights on New York. There, she became a first-call musician, and worked with Nancy Wilson, Astrud Gilberto. She also began her contract with Concord, and throughout 1981-1988 she released 6 records.

However, a string of drug use and a failed marriage threatened to derail her success during this time. After her marriage she admitted, "I tried to destroy myself as fast as I could".

Her drug problem intensified, and magnified her anxiety about working in a male-dominated field. One musician recalls her being so nervous about recording a solo that she overdubbed it after the fact, without the rest of the band present.

In 1986, Remler gave up the New York life and moved to Pittsburgh where she became and artist-in-residence at the university. She also studied with renowned trombonist and arranger Bob Brookmeyer during this time.

Friends of Remler were optimistic about her rehabilitation and return to form. However, their greatest fears were realized in May 1990, when she died of a heart attack at the age of 32. Her final recording, This Is Me, was released posthumously later that year.

Here's a virtuosic solo performance, where Remler shows off her skill using a wide variety of technique: walking basslines/chords (in the style of Joe Pass), comping underneath her own solo, and using octaves reminiscent of Wes Montgomery.

Anyone who's played in a jazz guitar duo knows that it's a hard setting to master. Remler and Coryell do a great job of supporting each on this record, and their styles complement each other quite well.

This Australian television broadcast was recorded just a short time before Remler's death in 1990. Here, she shows off a combination of bebop lines, blues licks, and some inventive rhythmic ideas. If you like this tune, click here to download a PDF!

If you're looking for a straight-up standards record, this is the one to check out! Remler's tone on this immaculate - mellow, yet still clear as a bell.

Remler's main guitar was her distinctive red Gibson ES-330 which she inherited from her brother. However, she can also be seen playing an Ovation, and archtop guitar made by Roger Borys. A luthier from New Jersey, Borys achtops were played by other jazz greats including Jim Hall and Joe Pass.

In terms of effects, Remler was generally quite sparse, most often using a traditional tone with a touch of reverb. Occasionally, she would also use a chorus pedal, as did many other jazz guitarists in the 80s era.

"Her time is so sure, so flowing, that it’s as natural to her as breathing. So is her warmth - of tone and conception. Emily’s a natural story-teller, keeping the narrative line alive with an exact sense of dynamics and color.”
- Nat Hentoff, Jazz writer

It's occurred to me in the last few years, it's not even the notes and the chords so much any more, it's the person. I never said more than two words to Bill Evans, I talked to him once, but I know what he was like.
-Emily Remler

George Benson said to me, 'You're great when you're playing what you believe in.'
-Emily Remler

It's the misconception, but I have a feeling that a lot of musicians have problems with this — a feeling that they will not be able to create unless there's havoc and chaos.
-Emily Remler