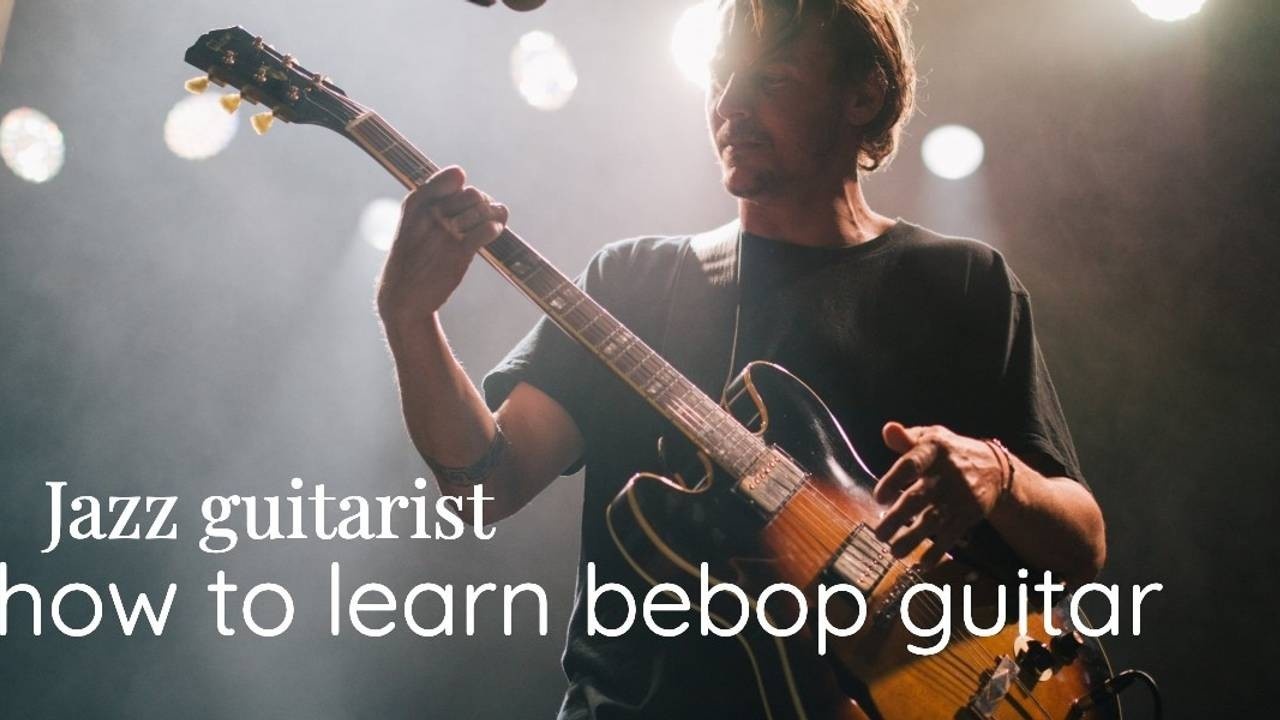 What Is Bebop Guitar?

The first bebop guitarist is generally considered to be Charlie Christian, who influenced countless others including Joe Pass, Jimmy Raney, and Tal Farlow.

Interested in having better "chromatics" in your jazz guitar improvisations lines? Do you want to increase your time awareness and perhaps develop cool chops? Having a hard time soloing on fast chord changes? Then look no further: you should seriously become a well-versed bebop guitar player.

The "bebop school" of playing will do the trick for all the above ... and then some! :-) In this post, I want to give a brief summary of the origins of bebop and then suggest practical exercises to improve your "bebop sense" when playing Jazz guitar.

The bebop scales are derived from rhythms. Historically, bebop musicians started to add notes to "regular" diatonic scales. For instance, instead of using the 'plain' dominant 7th (mixolydian) scale on a C7 chord: C E F G A Bb The Jazz guitarists (and other musicians) started adding a passing tone like this: C E F G A Bb B 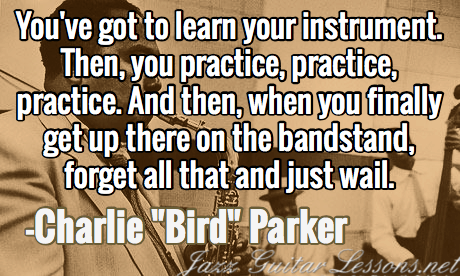 The Importance of Bebop

So, in jazz, even the most modern players (Kurt Rosenwinkel for instance) admit being influenced by bebop. It is the common practice! This music was fast-paced, rhythmically intricate and it developed the harmonic possibilities for soloists of generations to come. Let's face it: bebop is the jazz of jazz. It is a life-long journey in the learning and the rewards of playing bebop are immense. In the end, simply keep in mind that even if your aim is not to be a bebop specialist, you can still learn a great deal about music, guitar and Jazz simply by using bebop as your school.

Bebop Guitar: Where to begin?

Now, you may be surprised to hear my perspective on bebop and find out that there's not too many bebop tunes on the JazzGuitarLessons.net "standard tunes" page to this day. This is not by accident! It is relatively hard to acquire all the skills to comp and improvise on simple standards tunes ... let alone learn bebop heads! Basically: I don't want to overwhelm the JazzGuitarLessons.net visitors. :-) Nevertheless, you can still check out the tune OLEO on the website here... In bebop, the tempos are faster (or slower for ballads) and the melodies are very involved (hard fingerings, intricate rhythms, fast-changing harmonies, etc.) Right there, the horns and piano have an easier time than the guitarists. Another thing is that lots of bebop tunes employ chord progressions from standards. Better learn the original standard first (my opinion) ...

So, here's my first suggestion to you: the straight path is to learn bebop melodies. Yes, yes, just the melodies. If you can learn a few dozen heads, at tempo and with good phrasing, you are well on your way to play the real deal. (The author admits as not really being currently the "real deal"!) Pick up a copy of the Charlie Parker Omnibook and disregard the written solos. Just learn the heads (melodies) to the tunes on the first page, and make sure you play along to the originals recordings to learn the inflexions and all. Play the heads as written and one octave up. That'll fixya! :-)

But, watcha getting out of it?

By going through Omnibook songs, like this, you will certainly have to puzzle through interesting fingerings. You will probably also scratch your head and think of WHY the notes fit the chord changes ... all beautiful rewards of going through the process. Both in theory and in practice. BUT, this is not for the faint-of-heart, though! :-)

Ok. The above process ("just learn bebop heads") might be a little too involved for some players. So I came up with some JazzGuitarLessons.net lessons that you can take a look at before your jump into Parker's crazy music ... Through the years, several short video lessons, books, articles (etc.) have been released online to help you grasp some of the most important bebop concepts.

First Lesson: What is the bebop scale?

Find out about what the so-called "bebop scale" is and why it works:

It's a rhythmic concept! That's it. Take a scale that has 7 notes, make it 8 with a passing tone. Simple and effective.

Then: a typical bebop lick...

Here's one of the most played lick in ALL of Jazz improvisations...

Don't forget: we can also apply this lick on other chords (not just dominants). Players of all eras have used this lick. At some point, there was even a Facebook fan page indexing all occurrences of "the lick" (from Charlie Christian to Ben Monder).

Furthermore: the most renowned bebop teacher

Barry Harris! A bandleader for 50+ years (and often a sideman of Charlie Parker, in the old days). Last but not least: a great Jazz tutor. 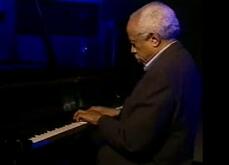 If you have never heard of (or never check out) the Barry Harris Workshop DVD, now's your chance! It can avoid years of frustration. All the important exercises are right there, plus typical application on bebop tunes. A great workshop. :-)

Some variations on bebop scale exercises

Barry Harris' method (see above) for practicing bebop scales is neat. Yours truly (M-A Seguin of JazzGuitarLessons.net) came up with another technique, tough! Not that I think that it's better... it's just an extension of existing exercises.

Basically, it's a derivation of Harris' stuff, with pickup lines and more starting note possibilities. Check it out here...

I hope this helps you get started in learning bebop (and bebop guitar). All in all, don't forget to learn bebop repertoire anyways ... even if you don't rip through the Omnibook, it's a good thing to have 5-10 bebop heads ready and rehearsed in your repertoire. Learning scales and stuff is cool, but worthless without the real world applications! Please feel free to leave comments or ask questions below. :-)