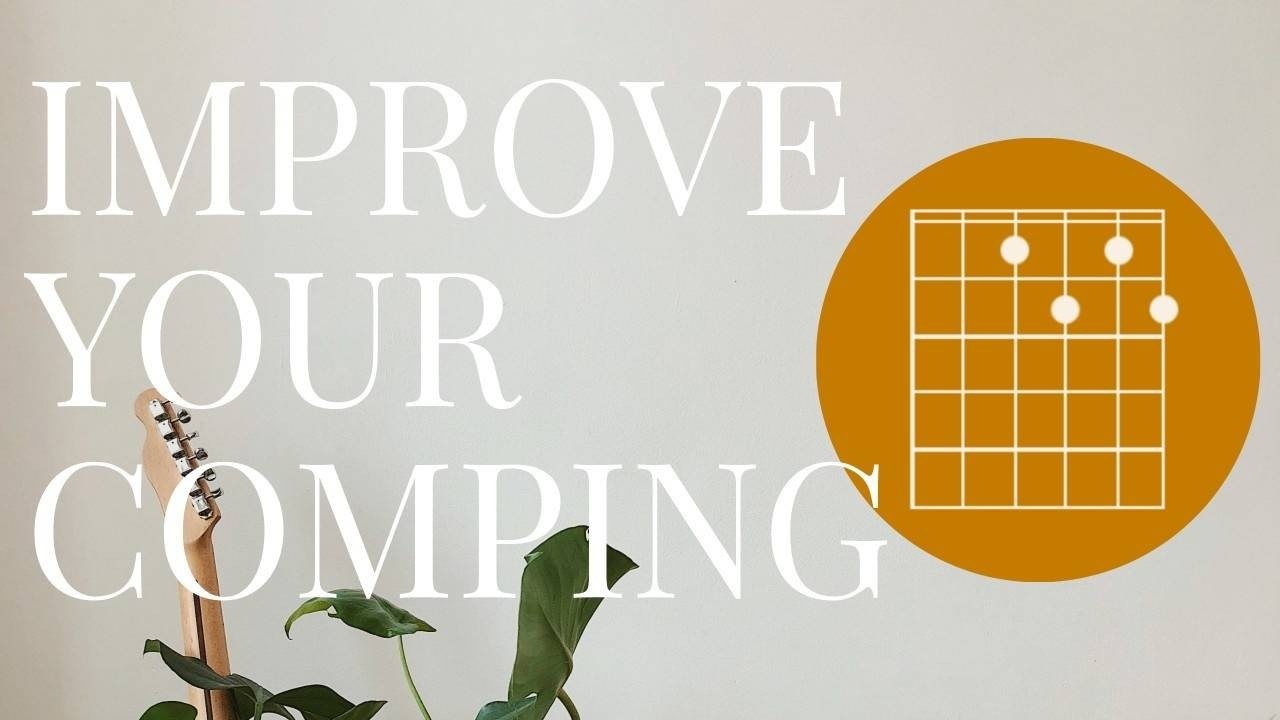 Improve Your Comping With Diminished Chords

When you're first learning how to comp it's easy to feel "stuck" with the same handful of chord shapes.

How are guys like Joe Pass or Wes able to connect so many chord shapes so effortlessly?

The answer is that, yes, they do know a lot of voicings... but they also have a handful of tricks up their sleeve that help them get around the neck!

One of these tricks is using the diminished 7th chord to add movement to their comping, which is the topic of today's lesson. For newcomers:

In this 3-part lesson intended for jazz beginners, we're going to cover:

1. How to play a diminished 7th chord

This is a standard drop 2 Cdim7 voicing: I'm sure you've heard this kind of sound in old horror movies... 👻

Now let's try to play all the inversions of this chord! Here's the trick:

Just move the EXACT same shape up 3 frets, and keep doing so for all inversions. This just so happens to work because it comes from a symmetrical scale.

Neat, right? I'm sure you can already see why jazz guitarists love this... 😜

2. How Jazz Guitarists Use This Chord

Now you might be thinking - "Marc, how is this going to improve my comping? I don't come across too many diminished chords..."

That's true - however, the secret to this chord is that it can also be used as a dominant chord. Specifically, a dominant 7b9 chord!

The easiest way to "get" this is to take a plain ol' D7 open chord: And raise the root by a semitone (one fret), giving you a b9: Notice that we're back at our Cdim7 chord shape! So, what we've really figured out is that Cdim7 and D7b9 (without the root) have the notes.

In other words, these chords are synonyms. Cdim7 actually works as a whole bunch of other dom7b9 chords, but we won't get into that here.

This is probably the most common way jazz guitarists actually use this dim7 chord!

3. Improve Your Comping With Diminished Chords

Here's where we're going to put everything together...

Now that we know that our Cdim7 shape = D7b9, we can put it into a chord progression. Let's play a ii-V-I in G major:

Feel free to vary the rhythms and have fun with it!

Now let's try plugging in our inversions from before. That's right... every one of those symmetrical shapes is fair game on the D7b9 chord!

I remember when I first learned this, I was shocked at how easy it was! However, it's not very subtle, to say the least.

If you do this too much your audience might start rolling their eyes... 🙄

An easy way to break up the monotony of the sound is to use little pieces of the chords, by mixing things up with your right hand:

Before you move on, make sure you fully understand all the concepts above! Otherwise, this next stuff won't make any sense.

Another thing you can try, to take this to the next level, is to change the top note of each of the dim7 chord. This is called a dim/maj7 chord, or if you're French-Canadian like me we simply call it an appoggiatura.

It's pretty tense on its own, so what I usually do is resolve the top note back down to where we had it originally.

Here's how to do that on all the inversions:

Now we have a bunch of useable, easy-to-play altered chords that also enable us to play different melodies!

Plug it back into the ii-V-I, and now you're flying:

I also did a bit of improvised comping in the video to show you where you can take this. Click here to check it out!

Hopefully by now you're not sick of that diminished chord sound 😜

As I mentioned before this actually works for 4 different dom7b9 chords. Be sure to check out this podcast if you want to understand how that works 🎙️

We'll end it here for today, though. Have fun with this, and remember... use it tastefully!