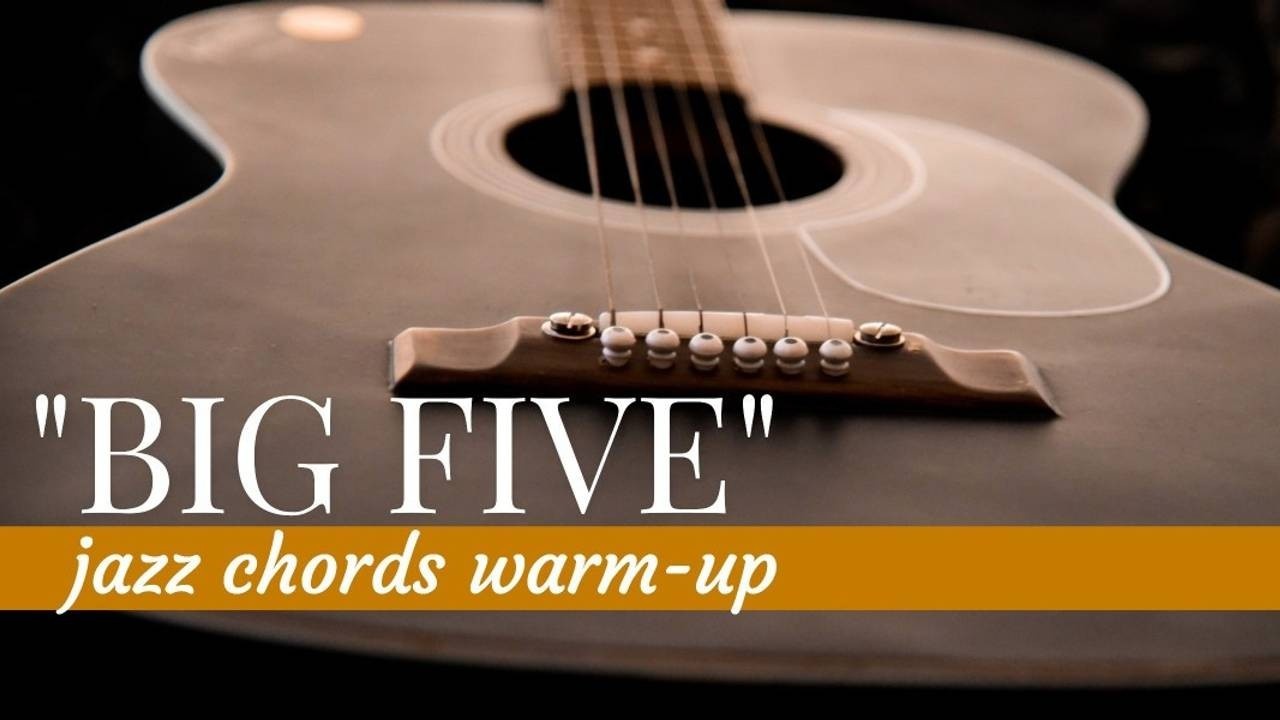 Here's a simple jazz guitar chords warm-up that I personally use almost everyday to get my fingers ready for each practice session.

The best part? It uses chords you likely already know!

Here's a video explaining some steps for beginning, intermediate and advanced players:

The PDF above depicts five different ways of playing the diatonic 7th chords in the key of C major. Count 'em up, and there's 35 chords in total!

Each staff in the PDF represents a different voicing type. They are as follows:

What Are Jazz Guitar Inversions?

Inversions... like a handstand? Not quite! Simply put, we can play chords with a different "order" (from low to high) of the notes it contains.

We use term inversion when the chord's root is NOT played as the lowest note of the chord. The C in the example above is the root (ie "the one" sometimes called la fondamentale in French).

A chord in first inversion means:
We're playing it so that the lowest note in the voicing is the 3rd of the chord.

A chord in second inversion means:
We're playing it so that lowest note in the voicing is the 5th of the chord.

Keep in mind however, that since we're still all playing the same notes, the chord name (or symbol) does not change.

Too easy? If you just played through the page and went "Yeah... what now?!", it means it's too easy. We can make it more difficult, don't worry.

Maybe you already knew this exercise and the associated voicings. Here's some more stuff to consider:

Remember, as a pro jazzer, your teacher (that's me!) is still using this very same page as a reference. You can go beyond what's printed here and come up with hundreds of interesting variations.