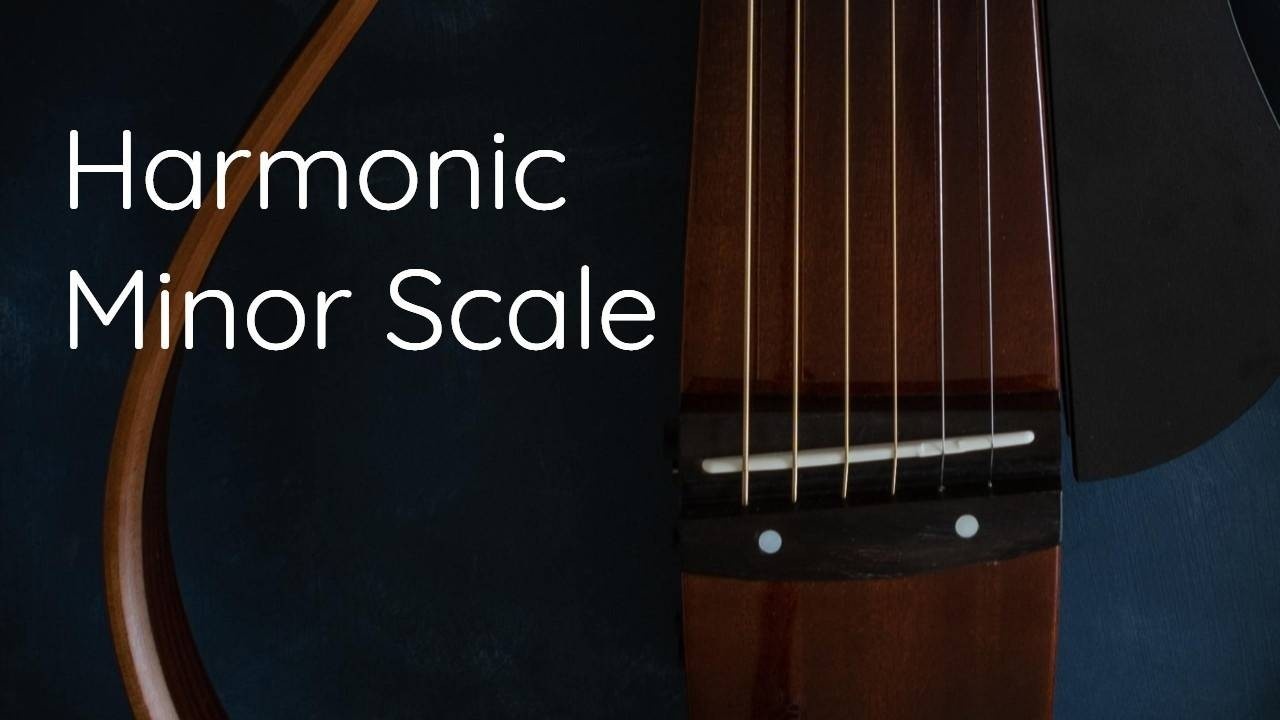 What is the Harmonic Minor Scale:

The harmonic minor scale is built of seven notes that are laid out using intervals. W H W W H -3 H (W= whole-step, H=half-step, -3=minor third) and is commonly used by jazz musicians. It has a darker "Arabic" sound because of the lowered third and sixth degrees (when compared to major). It has been used, much like the major scale, in traditional and classical music for centuries.

On the guitar, this scale can be played in the open position like this: Or it can be played using only one string at a time, aka an "horizontal approach". The single-string option really "shows" the scale to you. Every interval (distance between two notes) is clearly defined. Notice the leap created by the largest interval between two consecutive notes: 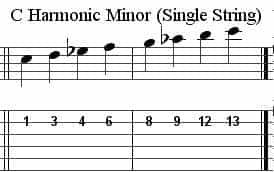 Also, I strongly believe you should learn to really hear the sound of this scale, specifically the leap (between the Ab and the B notes above). Understanding the theory is optional in the beginning. I suggest you play and learn this scale from an aural perspective at first.

Also, it is highly common for jazz guitarists to sing along to their playing. Try it! It helps to reinforce the link between your fingers (what you play) and you ears (what you hear inside.)

The harmonic minor scale is built of seven notes that are laid out using intervals. The half-step interval is one fret away, the whole step is two frets away and the minor third is three frets. The minor third can also be qualified as "three half-steps" or "a whole step and a half".

Finally, the harmonic minor scale can also be played "in position" (one finger to a fret). This is usually what is taught in guitar methods. It is a very good way to "compartmentalize" the neck. You will get familiar with the whole instrument dealing with it chunk by chunk. 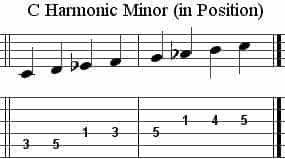 My two cents: unlike the major scale (which is really easy to play in positions, see this article series), the harmonic minor scale will give you some problem. It is the leap between the degrees b6 and 7 that create headaches. So, whenever something does not quite "fit" in position, feel free to go out of the scale position and find comfortable fingerings that work for you.