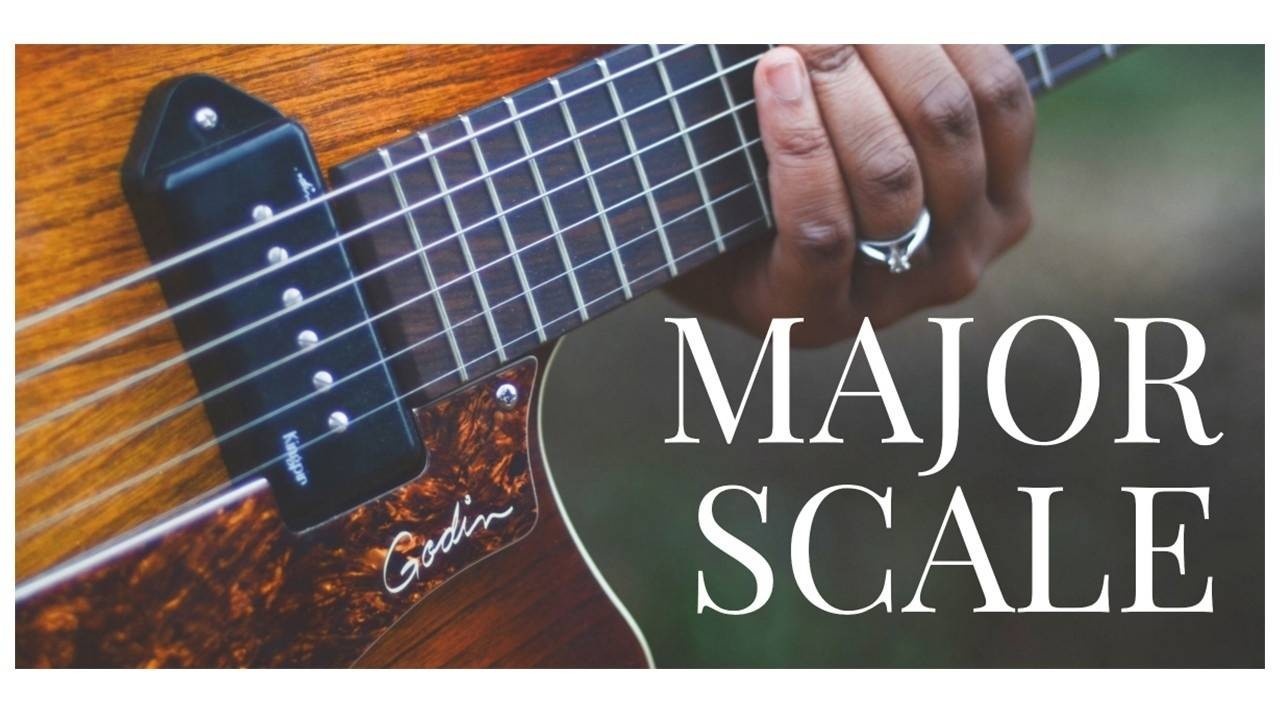 The major scale is the most commonly used scale in Western music, and is the foundation of many of the melodies and progressions used in classic jazz standards.

In terms of whole steps and half steps, the formula for a major scale can be defined as: W W H W W W H. Sometimes, it is also referred by its modal name, "Ionian". 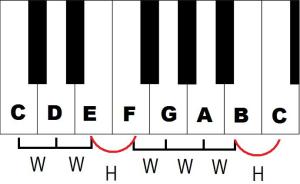 Why Learn The Major Scale?

There are many benefits to learning and practicing the major scale, both on and off the guitar. One very practical use this is to have a better knowledge of the fretboard. This is an invaluable skill to have when analyzing chord voicings, or writing music in standard notation.

Additionally, the major scale can be a useful vehicle for improving your technique, and learning how to improvise.

You'll also develop an understanding of basic music theory by studying the major scale. This includes scale theory, how chords are built, how chords relate to scales, and more.

In each of the sections below we'll explore each of these topics. This is meant as an in-depth reference page. If you're looking for a more practical, quick look at the major scale please check out our Jazz Guitar Toolbox series!

There are many, many different systems for playing the major scale on the guitar. This can make it quite confusing for beginners!

The system I'm going to recommend below is designed specifically for jazz improvising. The end goal of practicing this is to be able to play in any key, in any area of the fretboard.

To achieve this, we'll practice the major scale in 2 ways: vertically and horizontally.

These are commonly referred to as modes, but for now, just think of it as seven different ways to play the given notes of any major scale. For this reason, I've chosen to omit their modal names in this lesson.

All of the patterns start from the sixth string, and the white dots in each scale pattern indicate the root of the scale. I recommend starting with the middle finger of the left hand for all the patterns, except for pattern 7 where I usually start with the ring finger. 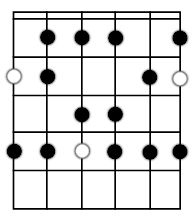 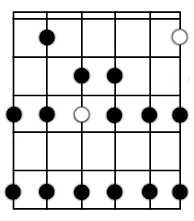 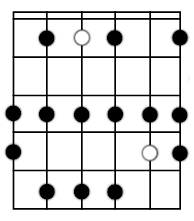 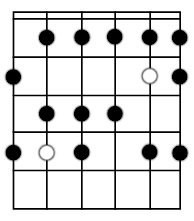 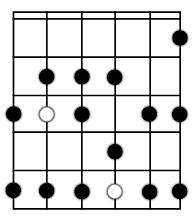 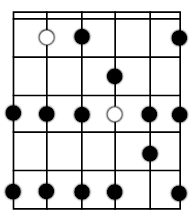 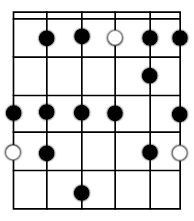 Once you've memorized the 7 scale patterns above, the next step is to practice each scale horizontally. In practical terms, this means playing on 1 string in each key.

For example, play the E major scale on the 6th string: 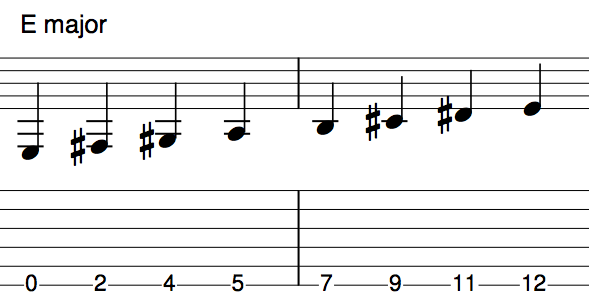 Pick a random key and a random string (you can use cue cards for this) and practice playing the scale ascending and descending. You can also try improvising over top of a drone!

Note: this is much easier once you've grasped the theory in the second half of this lesson, and have memorized the notes in each major scale.

For further ideas on this concept I recommend checking out Mick Goodrick's classic book, The Advancing Guitarist.

Pick a random major scale and practice ascending and descending, but try to intentionally avoid the patterns from before.

Much like classical musicians, jazz musicians use the major scale as a vehicle to develop their technique and musicality. Here are some practical exercises you can try:

There are two formulas that you need to consider when learning the major scale: the scale formula, and the order of the diatonic chords.

Each major scale, regardless of the root, is constructed using the same formula. In whole steps (W) and half steps (H), this formula is:

note: a "whole step" is the distance of two semitones, and a "half step" is one semitone.

Don't just take my word for it, try it yourself! An easy way to understand this would be looking at a scale like F major, on one string. As you play through this, say aloud: "whole whole half, whole whole whole half". 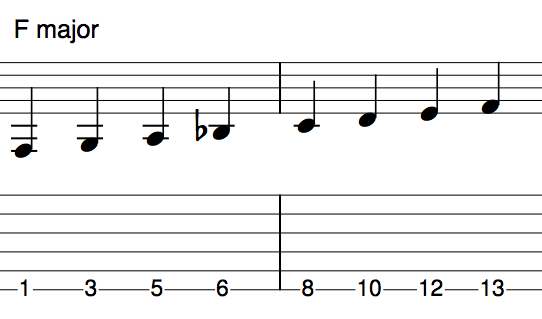 Using this formula, you can generate the notes of all twelve major scales. I've written them all out here for your reference:

Diatonic Chords of the Major Scale

Each scale contains a vast number of possible chords created by combining the available notes. These are called diatonic chords: chords that naturally occur in the key.

The most common diatonic chords are built by stacking thirds to build triads or seventh chords.

By stacking two thirds, you get a triad. Here we've built a triad on each degree of the C major scale:

The chord quality for each degree (indicated by roman numeral) holds true for any major scale. That means you can memorize the order of the chord qualities like a formula.

Test yourself: what is the diatonic triad built on the 6th degree of the Ab major scale? 2

If you stack another third on top of the triad, you get a four note chord that is reffered to as a seventh chord. If you've looked at any jazz chord charts, then this will be familiar!

Here are the diatonic seventh chords of the C major scale:

Like the triads, the order of chord qualities is consistent in any key and should be memorized:

Test yourself: what is the diatonic seventh chord built on the 4th degree of the D major scale? 3

This can be an overwhelming amount of information to anyone looking at the major scale for the first time! Again, take a look at this Jazz Guitar Toolbox Lesson for a more practical version of this information.

Spend as much time as you need with the major scale before learning any others. The info here is the foundation for understanding other scale formulas, modes, harmonic analysis... so learn it thoroughly!

1. "enharmonic equivalents": notes that are equal in frequency, but are spelled differently (ex. C# and Db)