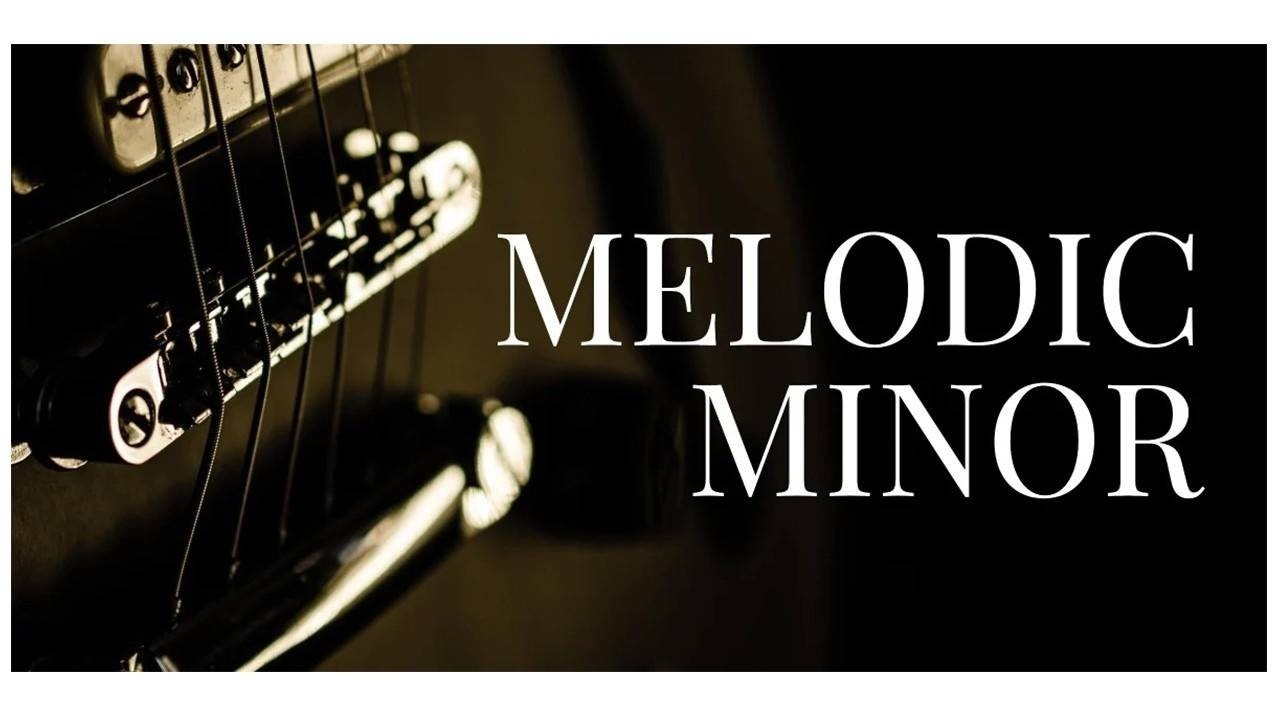 The melodic minor scale is one of the most important tools for any jazz improvisor. In addition to the scale in its natural form, its various modes are very useful for jazz improvisation.

Also known as jazz minor, can be thought of as the tones:

An easy way to think of this is as a major scale with a flatted third.

In terms of whole steps and half steps, the formula for a melodic minor scale can be defined as: W  H  W  W  W  W  H

Note: this page is intended as an in-depth reference page that covers patterns, theory and applications of melodic minor. If you're looking for a more practical lesson for beginners please see Jazz Guitar Toolbox 1.2 - The Melodic Minor Scale.

As with the major scale, it's best to practice the melodic minor scale both vertically and horizontally on the fretboard.

This will eventually enable you to play melodic minor in any key, in any area of the neck. After you're feeling comfortable with the scale patterns above, the next step is to practice the melodic minor scale on a single string.

If you are able to do this with the major scale already, the method is simple: just flat the 3rd of the scale to get the parallel melodic minor.

For example, E melodic minor on the sixth string: For further ideas on this concept I recommend checking out Mick Goodrick's classic book, The Advancing Guitarist.

Pick a random major scale and practice ascending and descending, but try to intentionally avoid the patterns from before.

There are two things that you need to consider when learning the major scale: the scale formula, and the order of the diatonic chords.

The easiest way to memorize the melodic minor scale is in relation to the major scale. Simply think:

If you prefer to think in whole steps and half steps, the formula is:

Each scale contains a vast number of possible chords created by combining the available notes. These are called diatonic chords: chords that naturally occur in the key.

The most common diatonic chords are built by stacking thirds to build triads or seventh chords.

By stacking two thirds, you get a triad. Here we've built a triad on each degree of the C melodic minor scale:

The chord quality for each degree (indicated by roman numeral) holds true for any melodic minor scale. That means you can memorize the order of the chord qualities like a formula.

If you stack another third on top of the triad, you get a four note chord that is referred to as a seventh chord. Here are the diatonic seventh chords of the C melodic minor scale:

This can be an overwhelming amount of information to anyone looking at the major scale for the first time! Again, take a look at this lesson: Jazz Guitar Toolbox 1.2 - The Melodic Minor Scale for a more practical version of this information.