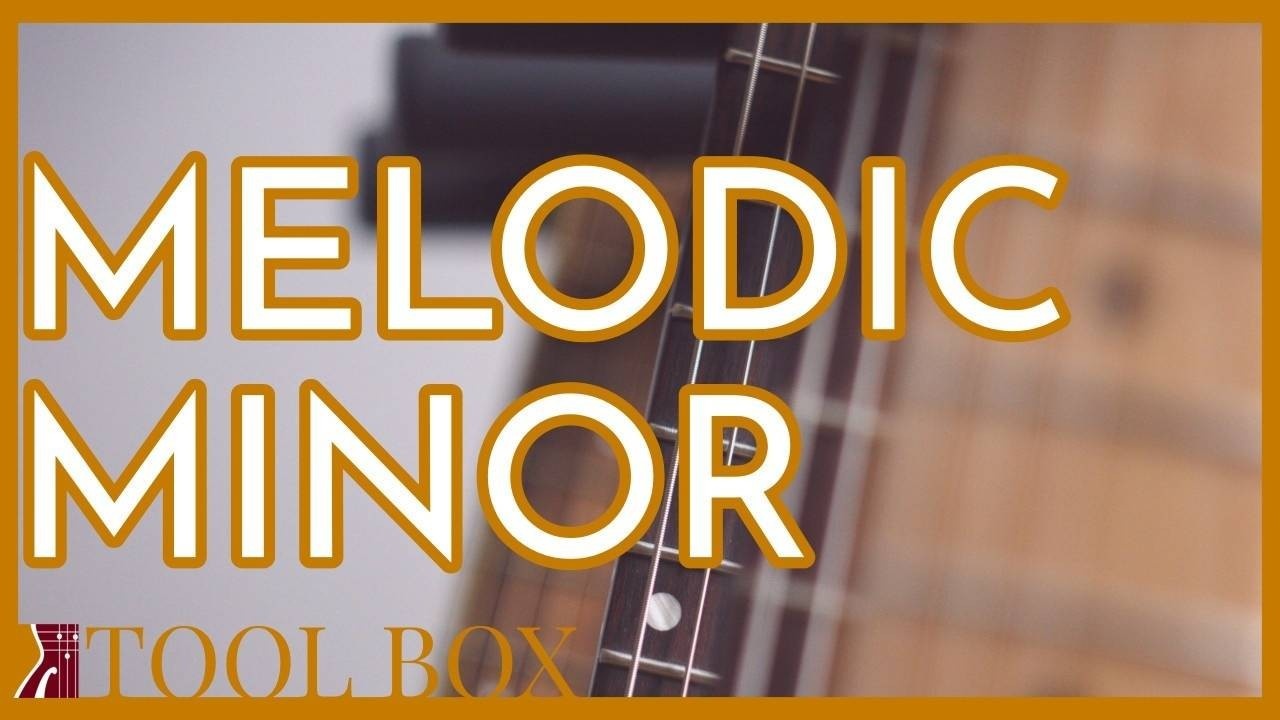 Welcome back to our Jazz Guitar Toolbox series, which covers the essential tools every jazz guitarist should know.

This lesson covers the melodic minor scale, and builds on previous content we covered in Jazz Guitar Toolbox 1.1 - The Major Scale.

The melodic minor scale, also known as jazz minor, can be thought of as the tones 1 2 b3 4 5 6 7. An easy way to think of this is as a major scale with a flatted third.

By the end of this lesson you'll understand the theory behind the scale, known 2 moveable scale patterns, and when to use melodic minor during your solos.

What is the melodic minor scale?

That is, for jazz musicians, at least!

In classical music, the term "melodic minor" refers to a slightly different scale. I won't be covering that here, but I just wanted you to be aware of that.

Here is the scale from C:

It might be a little strange to the ear upon first listen. That's because it's not commonly used in rock, pop or folk music - music that we may have grown up with.

But, it's quite common in jazz!

The melodic minor scale can be thought of as a "parent scale" - much like the major scale, it has its own set of modes that are very useful.

So, if we take our definition of "a major scale with a flatted third", then we can apply that directly to any major scale fingerings we know. Recap: How To Practice These Scale Shapes

In the previous lesson I outlined step-by-step practice routine that you can do on moveable shapes. This also applies to melodic minor!

Thirds: Ascend and descend through the scale by playing diatonic thirds. (see full example in the PDF)

Improvise: Put a metronome on beats 2&4 and improvise. You're going to want to do this in all keys - but wait to do that until after you've memorized the basic shapes.

When To Use This Scale

So you might be wondering, Marc, what chords am I supposed to use this on?

At first, just try it on minor chords until you're comfortable. A good place to start would be the i chord of a minor ii-V-i.

Click here to hear me try that out over a backing track!

That's a nice and straightforward way to start... but the most common way I actually use this scale is with two of its modes.

You can consider this part of the lesson a *bonus* but I wanted to have it in here so you can come back to it when you're ready.

1. Altered Scale aka Super Locrian
The seventh mode of the melodic minor scale is actually the infamous altered scale!

What you do is find a dominant chord in a progression (say, G7 on a ii-V-I in C) and play the melodic minor scale one half step above.

Let's try this using our scale shape with the sixth string root:

Click here to watch me demonstrate this over a backing track!

2. Lydian Dominant Scale
Another great way to use the melodic minor scale is by using its fourth mode. This is called the lydian dominant scale, or "mixolydian #4".

As the name suggests, this will work on dominant chords. Pretty much any dominant chord is fair game, but it works especially well on ones that aren't part of the key you're in.

To access this scale, what you do is play the melodic minor scale a fifth above the root of the chord you're playing on.

Let's try this using a portion of our scale pattern with the sixth string root. Click to watch me demonstrate this over a blues!

So, I suggest learning the two fingerings I've laid out for you here and dive right in to using this on real tunes. Here's a list of tunes where this would be particularly useful:

Thinking of the altered scale:

Thinking of the lydian dominant scale:

That's all for now, thanks for reading and hope to see you in the next instalment of Jazz Guitar Toolbox 😊