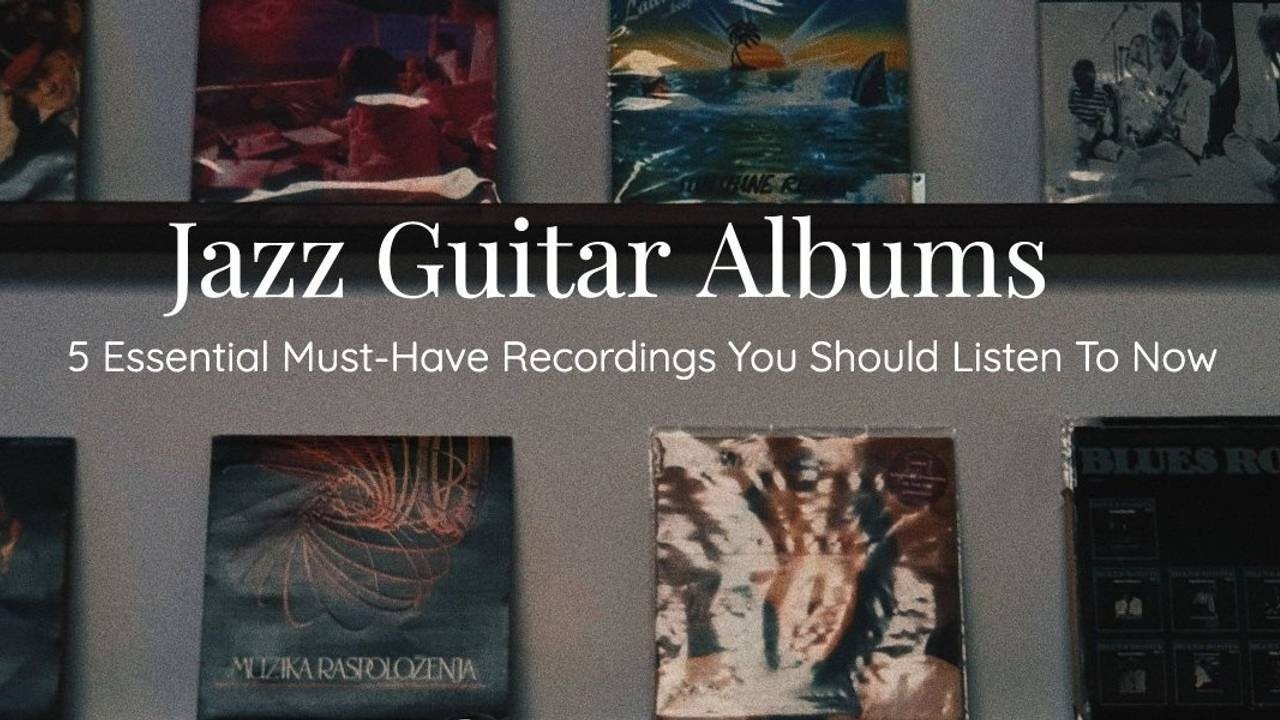 The Ultimate Selection of "the best of the best" Essential Jazz Guitar Albums, Old and New

Sure, there's thousands of great albums that have been recorded to this day. But some legendary jazz guitarists have that universal sound that reaches and touches people deeply. If you've ever been "grabbed" by the sound of one album, then you know exactly what I mean. So, here's my own Top-5 must-have jazz guitar records listing followed by comments and suggestions from visitors for the greatest albums.

The following are, in my opinion, the very best, must-have jazz guitar albums recorded to this day in history. The cream of the crop! Those are perfect to listen to as a complete beginner. Or if you're a seasoned jazz guitarist looking to expand your horizons.

Whatever your likes and dislikes are, please share your own Top-5 Jazz Albums in the comments below. My top-5, must-have jazz guitar album list is no particular order. Here we go! 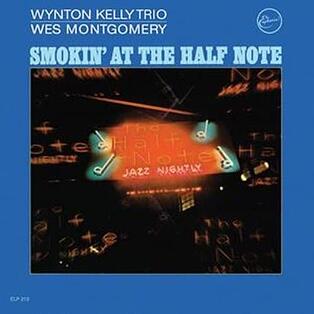 In fact, it's a Wynton Kelly trio album with Wes Montgomery as a guest soloist. An all-star line-up, of course. First time I was listening to it, my reaction was:

then a few minutes later

I couldn't believe it. I know most people prefer "The Incredible Jazz Guitar" by Wes, but this live album is still my favorite. So much energy! And there's also the fact that the trio backing Wes was really, really tight at the time. So, virtually any decent soloist could sit in and sound good. And now: we're talking about WES himself.

My cherished track is the first one. Just a simple riff-based blues in F, and it's called No Blues. I transcribed a good portion of the guitar solo. Looking back, I believe it's Wes that showed me what was possible on straight-ahead blues. I now realize the impact of this single tune on my playing.

I hope you enjoy this album as much as I do! Note that it's also considered one of the greatest jazz guitar albums of all time. 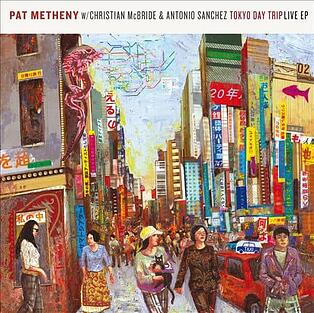 The most recent recording of the list, this one has Pat in trio with Christian McBride and Antonio Sanchez. In my opinion, it's one of the greatest jazz guitar albums of all time (but we just don't know it yet). It's like wine. It needs to age a little. ;-)

I believe what I like the most about Day Trip is the maturity of the playing: Metheny has come a long way since his first "hit" (as a solo artist) on Bright Size Life in the 70's.

I think he sounds more like himself now (playing-wise and compositionally also) than on any other of his other trio albums.

Once more, my tastes might differ from most jazz guitarists but I never really got into 80's and 90's Pat trio stuff. I don't know why. There's a lot of albums that I like, but none that would go in this top-5 list except Day Trip. And maybe Rejoicing (because I love the first track so much).

I enjoy all the tracks on this album, and especially When We Were Free, an epic 3/4 bass-vamp type of tune (with synth-guitar solo at the end). I also like Dreaming Trees where Metheny plays the acoustic guitar. I even transcribed and learned the beginning of the latter...

More often than not, jazzers wanna learn Pat's improv lines on tunes. I personally prefer to learn his nice voicings and the way he plucks the chords on tunes such as Dreaming Trees. There's something very authentic about it. No crazy solos, just chords placed in time (with a nice brush sound on the drum kit).

Ed Bickert with Don Thompson: At the Garden Party (1979) 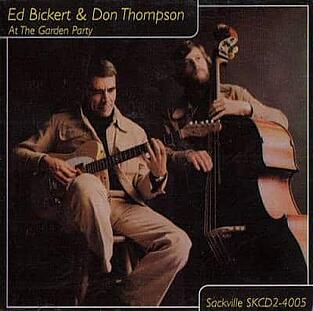 This one has a very special place in my heart. It was my first introduction to Ed Bickert's playing. I got fond of it very, very fast! (-:

There's nothing like a warm guitar and bass duo playing good old standards ...

especially when the musicians are of that caliber. It's a very different atmosphere without percussions. While in school, I transcribed a few tracks from that recording. My teacher also happened to be a little "Bickert Freak" on the sides.

I did not know that at the time, but after graduating I wound up playing *a lot* (really) of duo gigs with bass players. I was glad to have that recording for reference in my mind. It's a must-have jazz guitar reference. Playing a gig I would think:

What is guitar-bass duo supposed to sound like? Well, think of Bickert on Alone Together!

Finally, note that this At the Garden Party jazz guitar album was recorded live in Toronto. This delightful, chilled-out album even won a Juno award. (The Junos are the like the Canadian Grammys.) 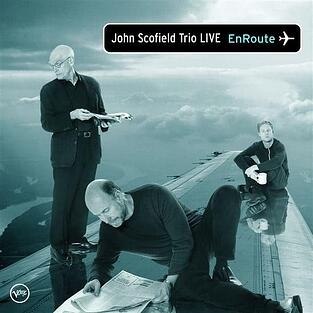 Yes, another one from the 2000's. I know there's a lot of sacred jazz albums from the 20th century... but I just can't help it. This Scofield record hosts his working trio of the time: Steve Swallow on the fretless electric and Bill Stewart on drums. It was recorded live at the Blue Note club in New York, NY.

Lots of original tunes by Sco... and lots of

blowing! Just the way I like it. (-: The opener Wee is that great Bb Rhythm Changes tune from 50 years ago. Great! It's funny because this essential album is one that I never really thought about or discussed with people. I just like to put it on. And drive. Oh man!

Now that I'm thinking about it, it's groovy. It has a different kind of trio sound: it's not exactly mainstream, and not super fusion or "out" either. It lies somewhere in a grey area, but the playing is fantastic. The electric bass adds something we are not used to hear in jazz trios. And what else? Let's see...

Ah! Well, it's John Scofield playing! That SCO sound is obviously omnipresent. That "just-on-the-edge-of-screaming" guitar sound, the chorused thing and other effects. And then there's his playing of course: lots of legato, many crunches with odd intervals, bends, etc. He finds his way ...and you're kind of

... while listening. But it always works out in the end. 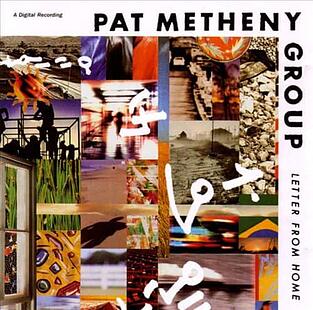 Ok. Please don't swear at me. I know some people that would approach me carefully with a cross and some holy water here. If you like jazz standards and never really gave a chance to the Pat Metheny Group (very different from Metheny's trio or quartet record), now's your chance!

It's a super well produced and somewhat "polished" recording that everyone (not just jazz fans) can appreciate. Plus, you get to hear brilliant

improvisations (sometimes even on straight-ahead blues forms!) but it's kind of hidden within the ensemble. I always like to put it on and see my friends faces, and they say ...

And I believe that's the beauty of it.

One of my favorite features of this album is the singing: south-american singer Pedro Aznar does a wonderful job. No lyrics, except on one track, and the voice is simply considered as another instrument of the larger ensemble. Great stuff.

I don't want to spoil it for you, so just go ahead and listen... and let me know what you think!