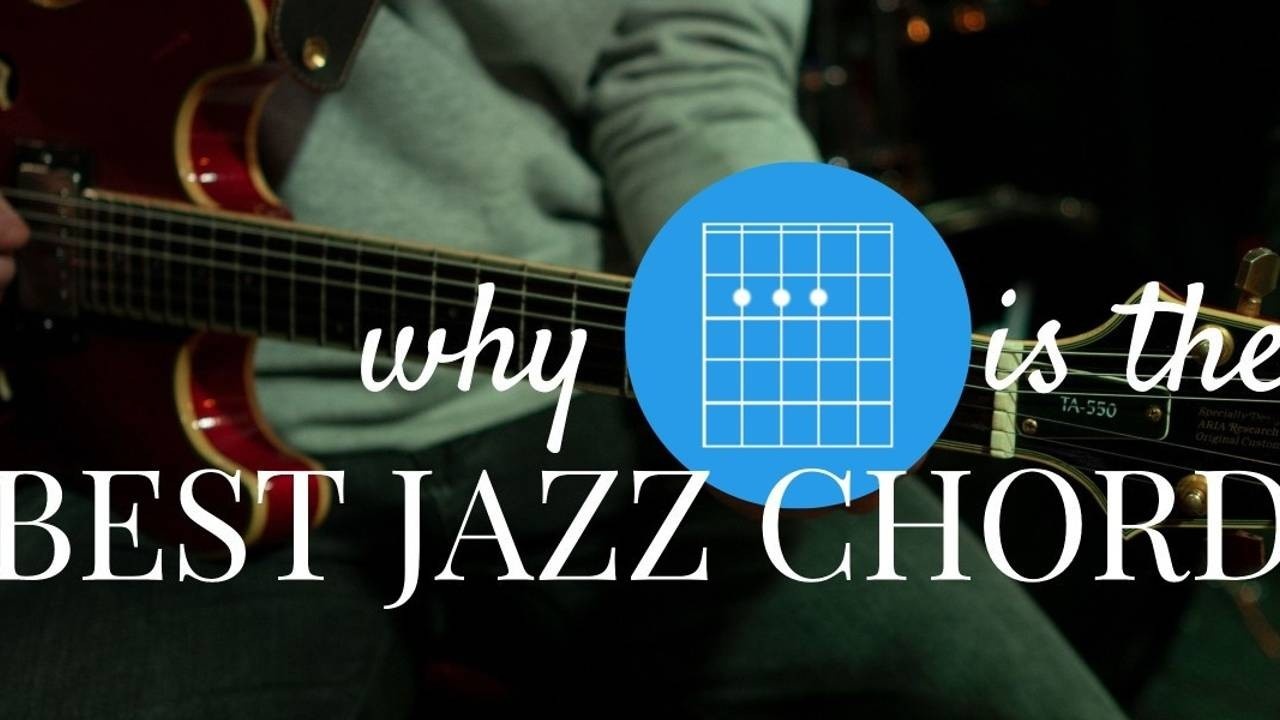 Why This Is The Best Jazz Guitar Chord

Yes, that's right - recently I was asked which jazz guitar voicing I would choose if I could only have one for the rest of my life.

That's pretty extreme! Nevertheless, myself and the team came up with an answer that might surprise you.

Keep in mind, we're not talking about my favourite jazz guitar voicing, but the one that would allow me to still play jazz if I could only use one chord.

After much deliberation it became clear that this simple voicing was the winner: 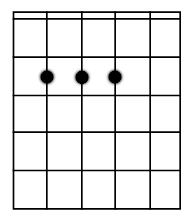 If you've read our lessons on quartal harmony then you've probably already played this before. But what do you call this?

Well, as you'll see it can have many different names.

For now let's just called it the "stacked fourths voicing" (because it's two intervals of a fourth on top of one another).

3 Reasons Why This Is The Best Jazz Guitar Chord

To make things easier let's look at the chord in this position: 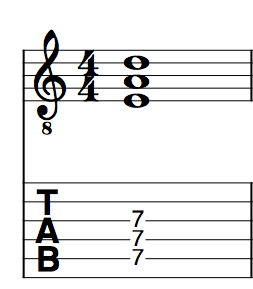 If you can believe it, this chord can have 4 different names (and functions)! There are actually even more, but we're just going to stick to the main 4.

To make things clear, I'll list the full spelling of each chord and put the notes from this voicing (E A D) in bold.

So, we can say that this voicing will work for two 6/9 chords and two minor 11 chords. Multiply that by all twelve keys and you've got 48 chords with just one shape!

Why does this work? Look closely and you'll see that the stacked fourths voicing covers more than half of the chord tones of each chord.

Especially if you have a bass player, this is totally fair game!

Let's admit it: a lot of jazz chords are hard to play!

When the years go by on my jazz guitar desert island, am I still going to be able to play those monstrous Allan Holdsworth-type stretch voicings?

With this chord, all you need is one finger. Heck, you can even play it with all open strings or harmonics! It doesn't get much easier than that.

Because this chord is so easy to play, it frees up your other fingers to be able to play other notes!

That means you can use it to comp for yourself during chord melodies or even when soloing in a jazz guitar trio.

Check this out - you can play scale fragments above this voicing:

Lenny Breau used to do this a lot while comping for himself. Practice the scales, and then try improvise a single-line while holding down the chord!

This chord is most useful for playing modal tunes like So What, Milestones, All Blues, etc.

But if you get creative with chord substitutions, you can actually use it to play more traditional standards as well.

Not convinced? As an example, we wrote out the first half of On Green Dolphin Street which you can play as a chord melody with just this one voicing.

See the full "On Green Dolphin Street" example in this PDF!

Hopefully we made a convincing argument here. If you could only have one chord for the rest of your life and needed to use it to play jazz, what would you pick?