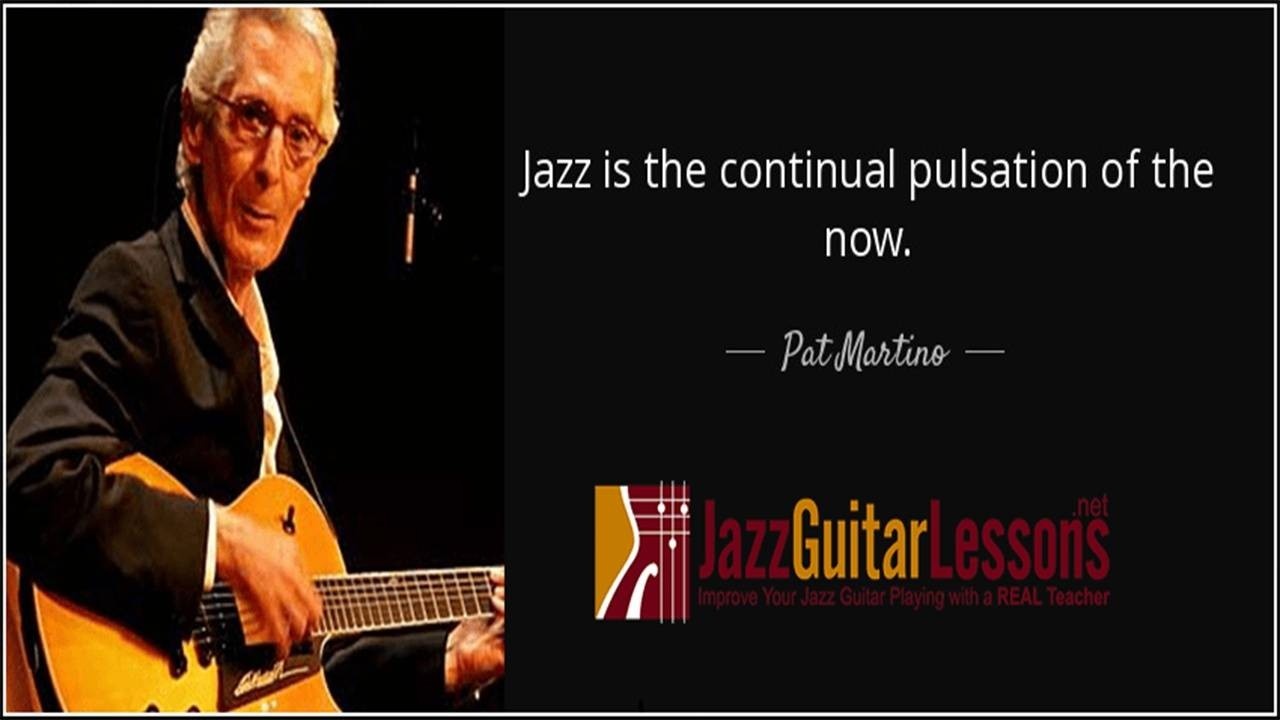 Pat Martino is an Italian-American jazz guitarist and composer within the post-bop, fusion, mainstream jazz and soul jazz idioms. He is noted for his mathematical approach to the instrument and advanced knowledge of music and jazz theory. Technically highly proficient, he plays with a brisk but loose picking style. Pat Martino's picture should appear besides post-bop guitar in the dictionary! He has everything: the tunes, the sound, the feel and groove and... the chops!

Mainly influenced by giants such as Wes and Coltrane, he came up on the New York jazz scene in the early 60's. That's where he got hooked up on the sound of organ trios. Note that to this day, lots of musicians recognize his organ trio playing (that is, a band with simply guitar, B3 organ and drums) as the cream of the crop of the Pat Martino discography.

And now for the "sad" part:

Martino had a brain surgery (because of an aneurysm) and forgot everything. He could barely recall his own name or his parents familiar face. Can you imagine? (Yes, that also means forgetting his music, his tunes, his chops, etc.)

He had to re-learn from his own recordings! (and it worked) 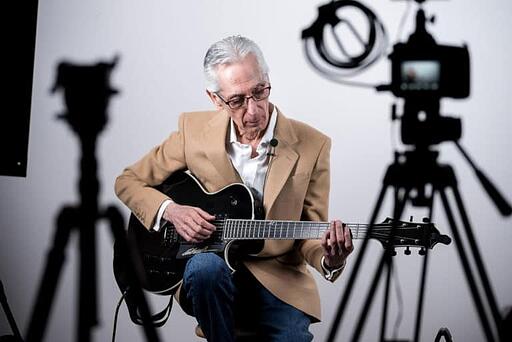 He made a major comeback in the 80's with an album called Return. Since then, he never stopped to develop as an artist.

Pat Martino used various solid and hollow-bodied guitars throughout his career. For amplification, he's known to prefer the Roland Jazz Chorus amplifier. He sets it to get a punchy and clear, clean (did I say clean?!?) sound.

I highly recommend you study Martino's improvisations (a few lines or entire solos). He plays consecutive 8th-notes (or 16ths) that define clearly the chord progressions (and he does some occasional chord and scale substitutions.) Great material for learning how to improvise yourself! ;-)

The following transcription is from the Pat Martino album Footprints.

Don’t know where to start listening to the great Pat Martino? Perhaps this little top-5 list will help you get started!