Born in 1931 in Detroit, Michigan, Kenny Burrell is one of jazz guitar’s more singular artists. While of the same generation as guitarists like Joe Pass, Jim Hall, and Jimmy Raney, his sound came out of different musical experiences and a particular geographical reality. Let’s see what we can learn from Kenny Burrell.

Detroit’s musical environment assured that Burrell was steeped in the blues; he embraced it and relished in it.

To quote the man himself “The blues is part of my heritage, part of my surroundings growing up in Detroit – on the radio, on records, in clubs, on the street. Like most guitarists, the blues was what I first learned to play. In my earliest jam sessions, we always played the blues. It felt natural. I will never deny that part of who I am.”

Every jazz guitarist plays the “blues” at some point. It’s built into the repertoire. But learning the harmonic progression to various blues forms and running sophisticated changes and substitutions is a far cry from the kind of musical devices a player can learn from the greats of electric blues like T-Bone Walker, Muddy Waters and BB King. For these players, nuances of tone, touch and subtle pitch inflections take on as much importance as a hip substitution or altered scale does for the average jazzer. And Kenny Burrell absorbed these lessons as he synthesized a jazz guitar sound that was equal parts cerebral introspection and soulful abandon.

What can you do to get closer to an authentic blues sound in your playing? That could take a lifetime. But start with the kind of sound that blues players embrace. Kenny Burrell had a slightly different sound from the other players of his era. Part of this was his equipment. Early on he played short scale Gibsons with P-90 and Charlie Christian style pickups. The hot single coil tones produced by these magnets had a particularly pleasant compression when pushing his favoured amp at the time - the Fender Deluxe. Also known as a Tweed Deluxe or 5E3, these amps broke up fairly early and produced more midrange than later Blackface amps which were very mid-scooped. Even when set for a bright tone, there was a pleasant mellowness to Burrell’s sound on early records. By the late 1960s Kenny Burrell would be playing the Gibson Super 400. These had a humbucking pickup, but were also long scale guitars and the extra overtones from the 25.5 inch scale length seem to compensate for the mellowness of the pickup.

Once you have the sound together, try to incorporate some more of The Sound!  Meaning, listen to real blues and how those players phrase and touch the instrument. So many novice and intermediate players never get past the mindset of “Insert Blues Scale Here.” Scales are the least of it. The blues is melody too. If you’re a guitar player, you’ve played the blues. But maybe you need to revisit the blues?

Forget all that jazz for a while and just play. Kenny Burrell used the blues as a means to express his deep rhythmic vocabulary and these explorations clearly spilled over into other aspects of his playing in a kind of creative feedback loop. Check out his solo on Las Vegas Tango from Gil Evans’ The Individualism Of Gil Evans. The pentatonics and riffy passages are there, but mixed in with a spacey kind of impressionism that is pure inspiration. From the same record, his modal explorations on Time of The Barracudas feature bluesy runs and fast bursts of virtuosity. Both examples also show what a great ensemble player he was and why he was so in demand as a studio guitarist.

Let the blues be the means by which you develop the intuitive and instinctive side of your playing. Don’t let the “simplicity” of the blues be a safety net or a means to avoid taking chances. Cut loose, play by touch, by ear, by the seat of your pants. The blues is a deep well. So do like Kenny Burrell: drink from that well!

Kenny Burrell: Get An Education and Be An Educator 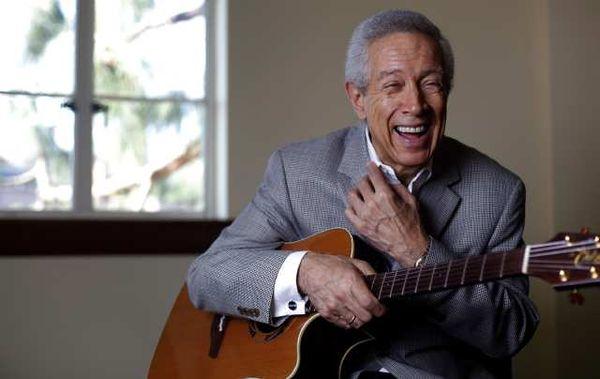 After a run of dates with Dizzy Gillespie and a touring opportunity with Illinois Jacquet, a young Burrell nonetheless chose to go to school. He enrolled at Wayne State University to study Composition and Theory.

His efforts would serve him well. The flip side to his incredibly authentic blues sound is the delicate sophistication he would demonstrate on ballads and the driving block chord excursions that crop up mid flight on more uptempo tunes. Whether his degree in Theory and Composition had anything to do with that, we can never know for sure but there might be a connection.

Burrell is a legitimate jazz legend who lived the life and learned the music from the originators of the music. He’s also an educator and Director of Jazz Studies at UCLA. The program grew out of a course he has taught since 1978 dedicated to the life and music of Duke Ellington. In 1996 the school asked him to spearhead the creation of a full jazz program.

Quoting Burrell again: “As human beings we tend to appreciate something that’s taken a long time to put together,” he said. “But when someone just flips something off, like a jazz improvisation, we tend to say, ‘Well, maybe that’s accidental, or it doesn’t take as much forethought or serious thinking.’ What they don’t understand, and what we try to teach here every day, is the sophistication and the complexity of what it takes to create a jazz performance, whether it’s a single phrase or a whole evening.”

What does this all mean for you? Get learning! You don’t necessarily need a post secondary education to play jazz, though debates about that seem to crop up with increasing frequency, but what you do need is community. The players who created this music and carried the torch for a large part of its history did not have the luxury of a University education in jazz. That simply did not exist until the later part of the 20th century. But they had a completely different reality with regard to playing opportunities.

A University Jazz program provides more than just classes in Jazz Harmony, Improv, Jazz History et al. School is a chance to network with, session with, hang with, and practice with other musicians at and (if you’re lucky) above your level.

Is a formal education out of reach? Well, in the internet age nothing is ever really out of reach. The information is out there. The theory, the licks, the chords, heck, every record ever recorded is out there! But a wifi connection still can’t replace community. So if you don’t already live in a city with at least some semblance of a scene, move to one, ASAP. Then start attending every jam session you can. Set up your own sessions with people you meet there. Play as often as you can. Because you have to apply this stuff. A lot.

And if you are already a player of a certain level of accomplishment, be sure to pass on this knowledge to players who ask. Teach lessons. Think about what you’re doing. You’d be amazed how much having to explain an idea to someone else forces you to clarify your thought process. This in turn makes you a better musician and player.

Trust Your Instincts (You Know…the ones you cultivated through deep study and contemplation!)

Basically, Kenny Burrell is a guitarist who plays with the fire of a blues player, the swagger of a bebopper, and the beauty of a balladeer. He also possesses a refined skill set that made him a sought after studio musician at home on sessions with all kinds of music. He is an instinctive player who can also seamlessly blend into an ensemble when necessary in a huge variety of styles while always retaining his personality. He’s an all-time great. You could do worse that to model your playing on this blues playing university graduate from Detroit, Michigan. 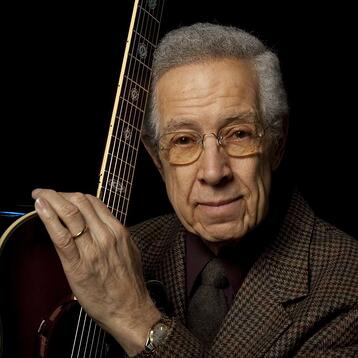