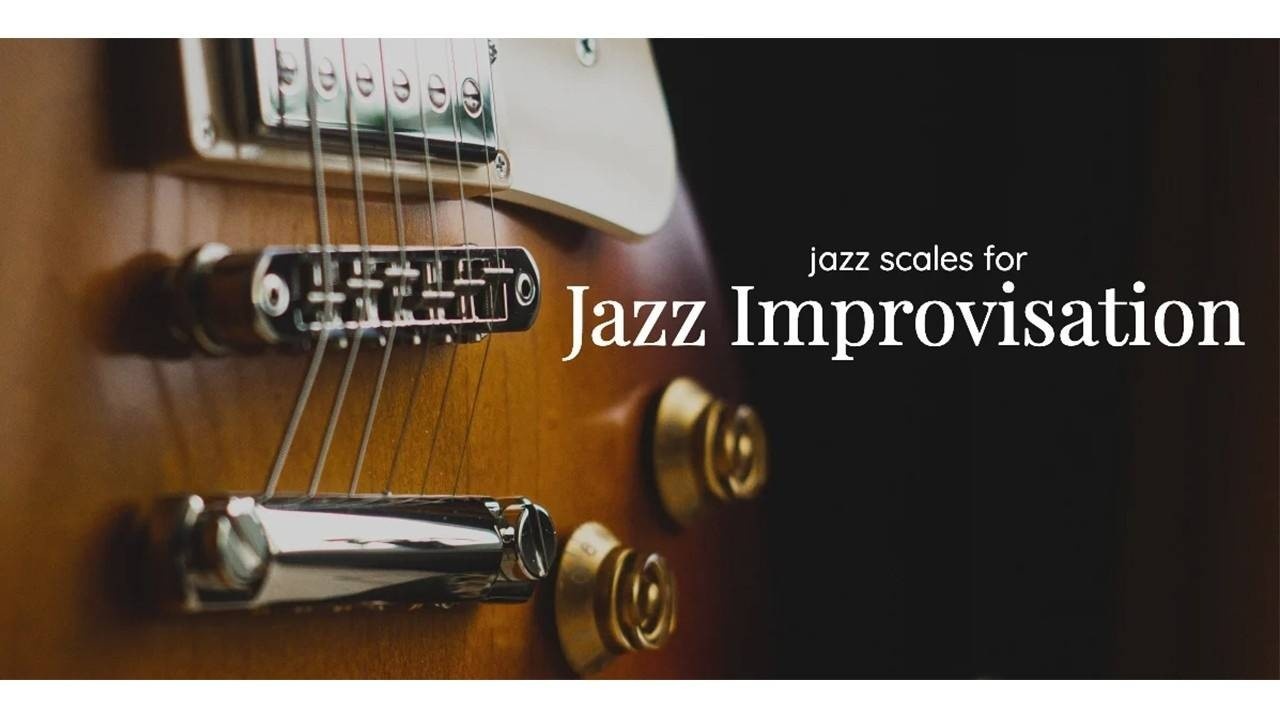 Reference for Most Common Scales for Jazz Guitar

Jazz improvisation depends on "playing the right notes". We can achieve this by carefully choosing scales in the appropriate context!

With those three, you can start sounding great over the ii-V-I progression!

This quick guide will help you learn about not only the most typical scales on their own, but also show you how to use the scales in context. That's probably the most important factor in learning to apply jazz scales to standard progression. Note that this article will focus on the ii-V-I chord progression, the infamous chord sequence found in pretty much every jazz standard.

It may also be helpful to check out our beginner's guide to improvisation here to go along with this blog post!

How to Learn Jazz Improvisation

Using formulas is the best and most convenient way to write down, read, learn and memorize jazz scales. We use numbers instead of notes so you can easily apply the scale formula starting on any note. Essentially, we relativize scale degrees and C D E F G becomes 1 2 3 4 5. Easy!

The basis for the system of notation is the major scale structure.

The Major Scale IS the prime reference for building all the other scales!

At first, you should learn the scales that are very closely related to the major scale (i.e. different only by a few notes). Later, you'll be able tackle more challenging formulas (other more complex jazz guitar scales) with a solid foundation.

The VIDEO - Is This Jazz Education?!?

Before going any further, just watch this video. Not too much jazz theory, I promise! Basically, I demonstrate the three basic chords, scales and arpeggio sounds needed for jazz guitar improvisation on a basic II-V-I cadence.

This means that every chord in the sequence gets assigned exactly one scale. Pretty neat, uh?

After you get this under your fingers, your can get going and create you own solos.

The chords, scales and arpeggios from the video are found in this PDF file here ...

And now for some more theory on scales in jazz. Are you ready for this? :-)

The 3 "Biggies": Major, Minor and Dominant

Memorizing the three basic scale formulas is primordial. Then, spell out the major, mixolydian (dominant) and minor (dorian) scales. I mean, recite the names of the note out loud! This helps a lot. If you do all three scales from root C, it goes like this...

It also helps to think about which scale degrees are different in each scale. Compared to the major scale, mixolydian has a b7, and dorian has a b3 and b7.

I strongly suggest that you pick *one* of the three scales and recite it in all the 12 keys. See this page for different cycles you can practice with (including the invaluable cycle of fourths). All memorized? Let's go practice the three basic jazz guitar scales on your instrument now!

To learn these three jazz scales well, you have to think about the following at all times:

Jazz Guitar Tips to Get Going With Jazz Scales

Here's a series of videos (a YouTube playlist) to help you, step by step, on how to get started with everything that has been discussed on this page:

Some Practice Steps for Jazz Scales

For the last three steps above: play in time!!! I highly recommend setting the metronome on 2&4, like shown in this video.

You need to know the each of the scales independently to be able to tackle the ones presented below. More challenging stuff, but still doable with patience.

We are going to be mixing the three scales together: practice the Dorian, Mixolydian in Major jazz scales together in the context of the II-V-I progression.

Last but not least, repeat with a the II-V-I progression in all the remaining keys.

Congratulations! If you can play the above suggestions well enough, your jazz language can develop in many beautiful ways (in phrasing, ornamentations, licks, etc.) Learning, memorizing and playing those three basic jazz scales will go a long way for your jazz improv.