Welcome back to Jazz Guitar Toolbox, the series that covers essential skills every jazz guitarist should know! Today's lesson is all about chord progressions.

These chord progressions are referred to using roman numerals - you've probably already heard myself and others talk about the ii-V-I progression!

In this lesson, we'll cover 3 of the most common chord progressions in jazz, and give you concrete ways to play them using the chord voicings from Jazz Guitar Toolbox 2.1 - Twelve Essential Jazz Chords.

As with the other lessons in this series, all examples are in C for ease of transposition. Make sure you try them out in a few different keys!

First up, the major ii-V-I.

A common variation on this is to take the G7 and instead play Db7: this happens in tunes like Autumn Leaves, or On Green Dolphin Street. This is called a tritone substitution, and it turns our progression into: ii --> bII --> I. 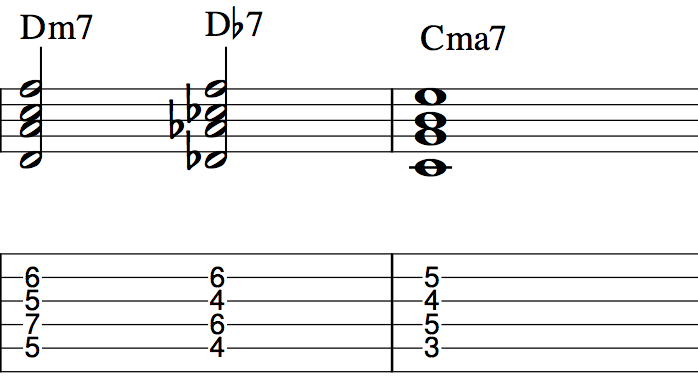 Now let's take those same progressions, but start from a different position on the fretboard: 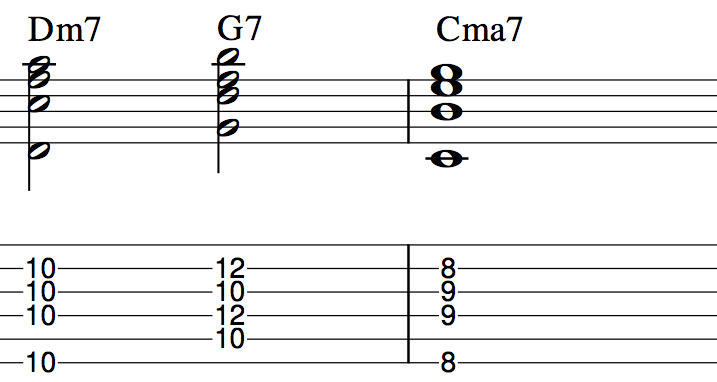 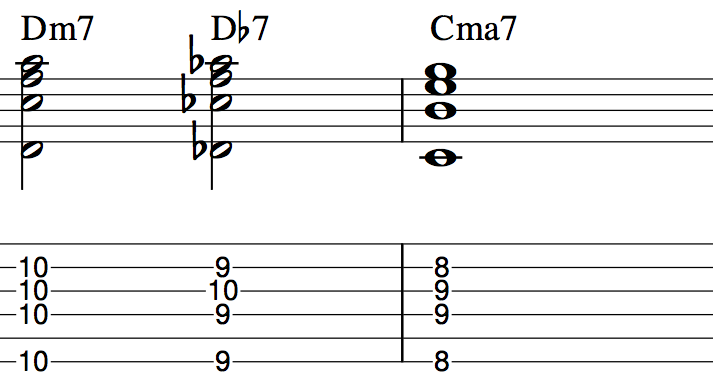 Next up we have the minor ii V I. In minor keys, the "ii" becomes a minor 7 flat 5. Without getting into too much theory, this is because of the available notes in the scale. 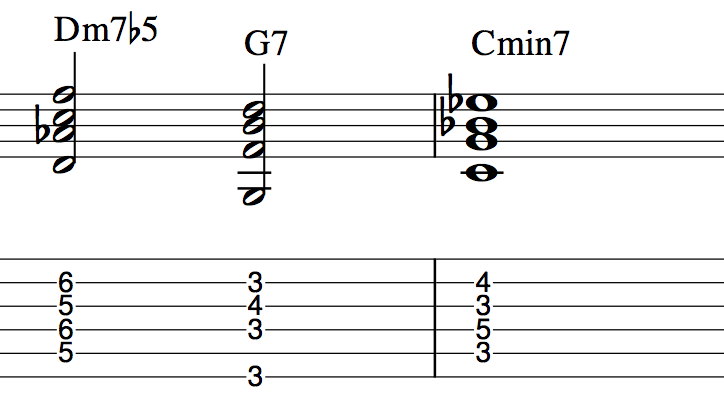 If you've reached the end of a tune, it can sound a little strange to end on a C minor 7 chord. So, if you want a more "final" sounding chord, use a minor 6 instead: 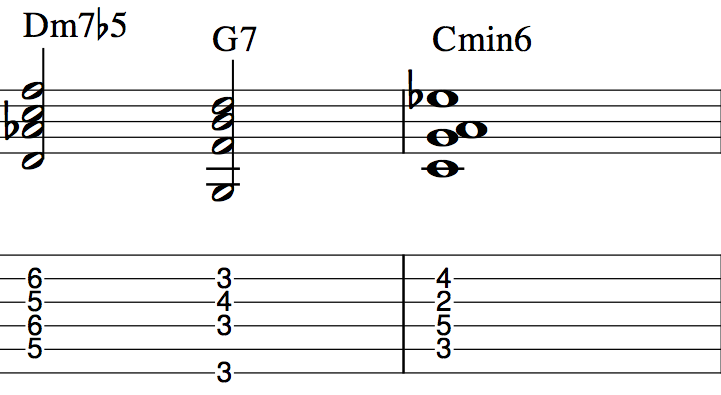 Now let's learn those progressions in the higher position: 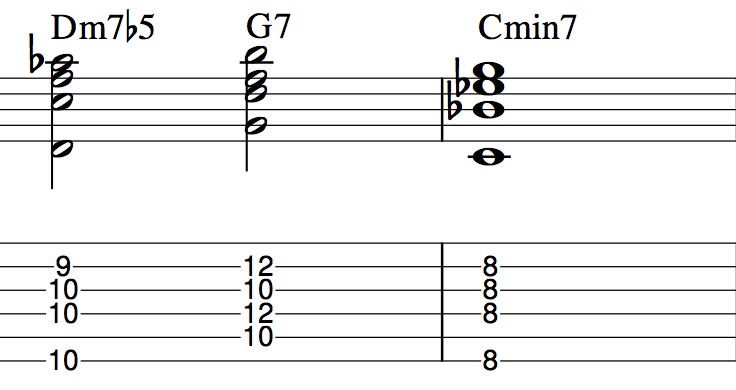 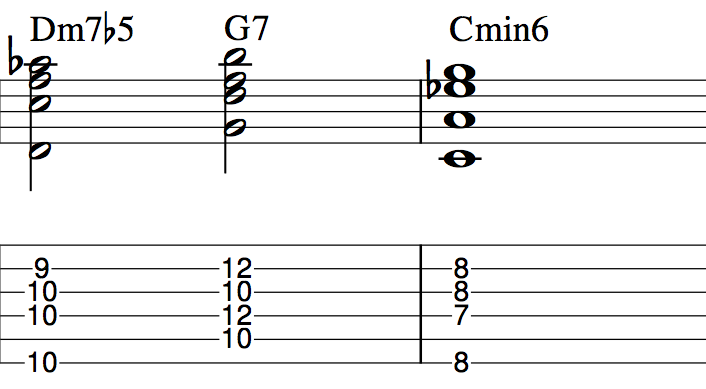 Lastly, we have the I-vi-ii-V. This is a progression that you'll need for rhythm changes, blues, and countless standards. It's commonly found at the end of tunes, and sometimes used as a turnaround.

We have one new roman numeral here: vi. This refers to the chord built on the sixth degree of the scale, which is Am7 in the key of C major. 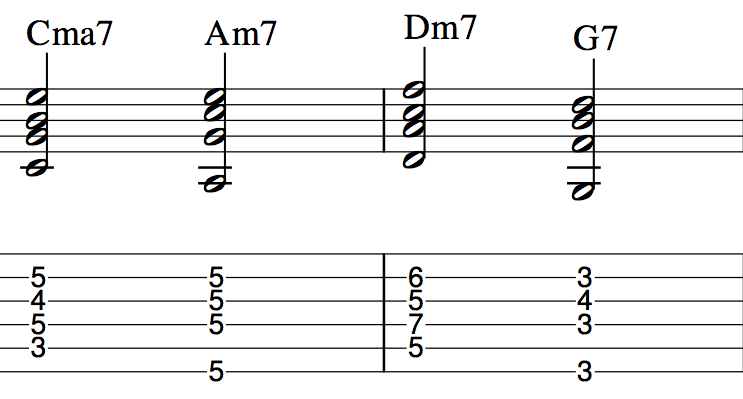 If you're playing a blues, what you'll often do is take the first two chords and turn them into dominant 7th chords: 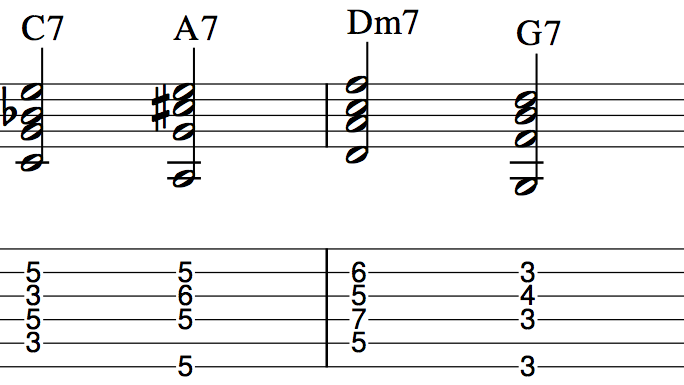 Let's take those progressions and move them to the higher position: 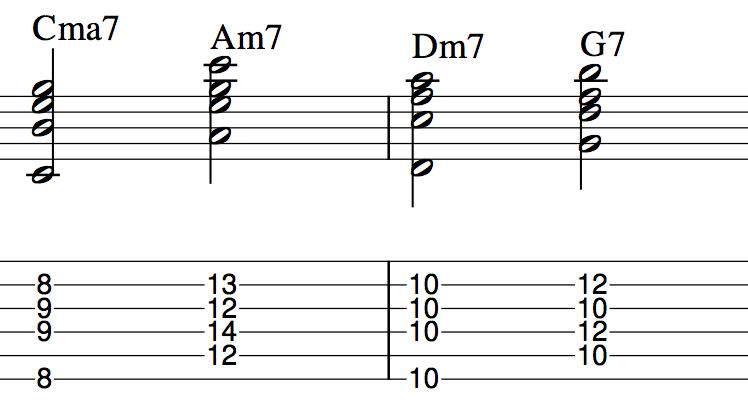 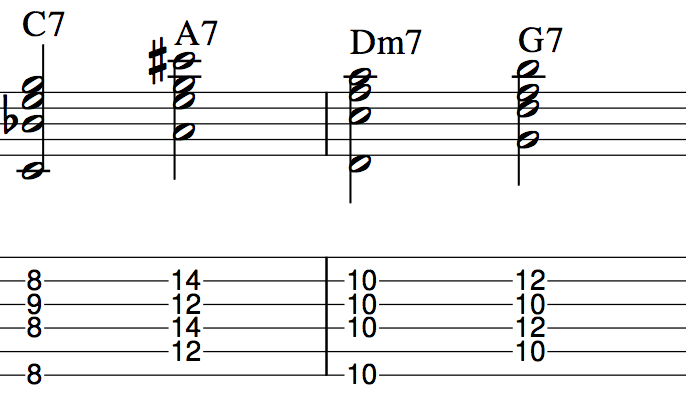 That last one has some funky voice leading, so you might want to try and mix the two positions together for a more use-able result! This next example uses a mix of both progressions, and positions. 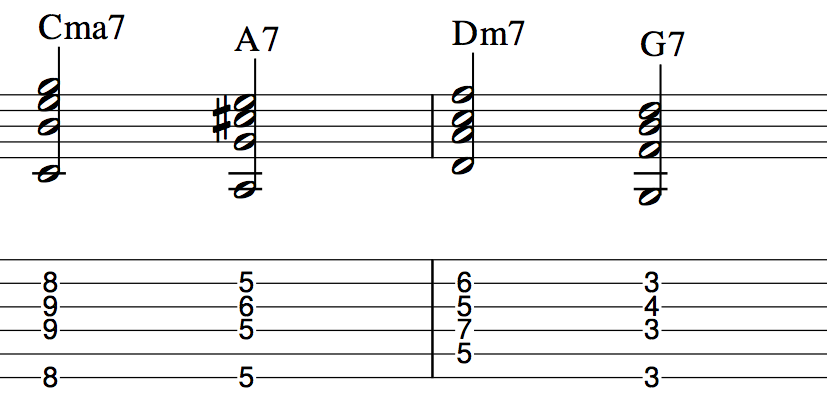 And that does it for today's lesson! In our next and final Toolbox Lesson I'll be covering some comping rhythms you can use on these progressions, so please stay tuned for that.