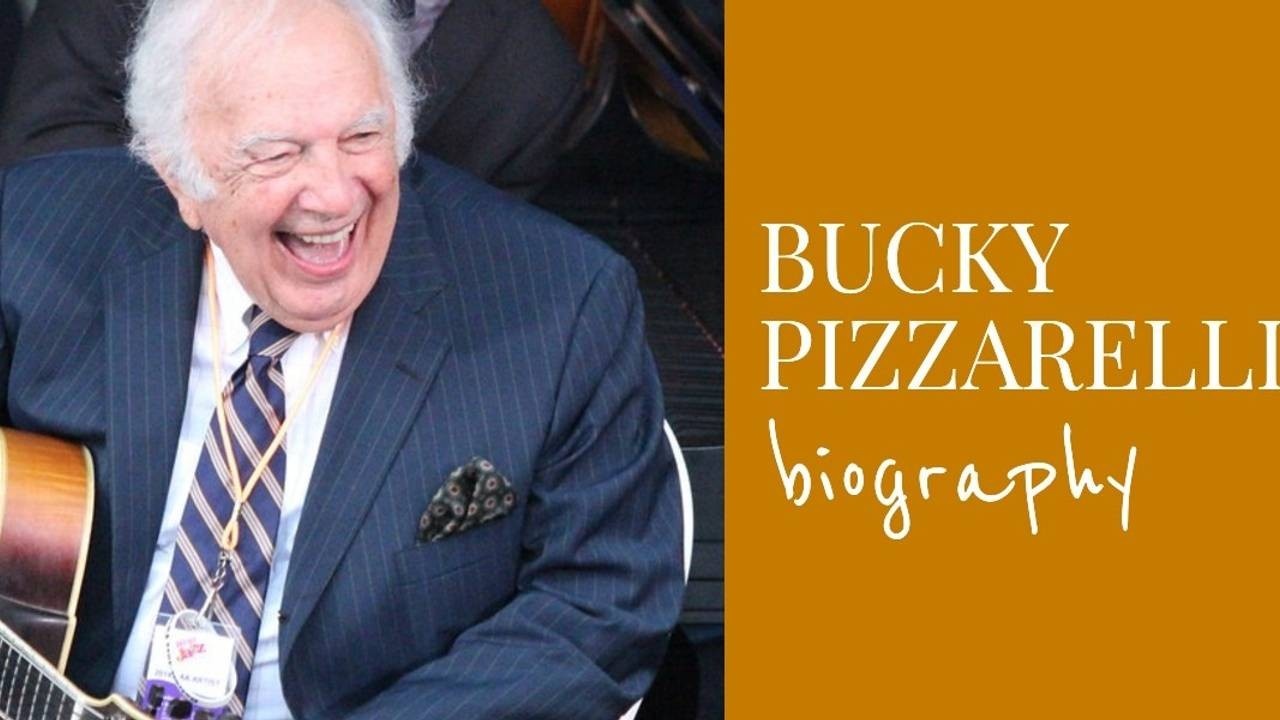 Bucky Pizzarelli was an influential jazz guitarist and studio musician. He enjoyed a prolific studio career, playing with the likes of Aretha Franklin, Frank Sinatra, Sarah Vaughn, and Benny Goodman.

Pizzarelli was known for his rhythm guitar playing, which was influenced by the likes of Django Reinhardt and Freddie Greene. His son John Pizzarelli is also a professional jazz guitarist and vocalist.

John Paul Pizzarelli, known as Bucky Pizzarelli throughout his life, was born in 1926 in Paterson, New Jersey. He began playing guitar at age 9, inspired by his uncles Pete and Bobby who were professional big band guitarists.

From the beginning, Pizzarelli was immersed in jazz; he soaked up the music of George Van Eps, Benny Goodman, and Charlie Christian from records recommended by his uncles.

Throughout high school, he learned to play on an acoustic guitar. He also joined the school string orchestra, although due to the lack of guitar parts he mostly played upright bass. The orchestra rehearsed a half hour before class, and an hour after school. This was Pizzarelli's formal background in ensemble playing, which he would later put to use as a studio musician.

In 1944, the 17-year-old Pizzarelli picked up his first professional gig as a member of the Vaughn Monroe dance band.

However, his time with the band was interrupted by the Second World War. Pizzarelli was drafted into the 86th Division, with whom he ventured from Cologne to Austria. As combat began to die down, he was sent to the Philippines, where he spent nine months practising guitar and listening to V-Discs.
After the war, Pizzarelli returned to playing with Vaughn Monroe, and toured with the band it folded in 1953. He then set his sights on New York, where there was a growing demand for rock and roll studio guitarists.
Using his connections from the Vaughn Monroe band, Pizzarelli began to establish himself in the New York scene. He played on a number of early rock & roll records by artists like Dion and the Belmonts and even a young Paul Simon. Fellow jazz guitarists Billy Bauer, Mundell Lowe, and George Barnes were also on these sessions.
Throughout the 1950s, Pizzarelli continued working as a studio musician with groups including The Three Suns and George Barnes. Around this time he also became a staff musician at NBC, playing guitar on the Kate Smith Show.
After leaving NBC, Pizzarelli continued working as a freelance musician. In the 1960s, he played with the likes of Benny Goodman, Aretha Franklin, and Wes Montgomery, all while raising his young family.
He also recorded with Miles Davis' second great quintet, playing on the upbeat tune "Fun" (which was released on a compilation album in 1981). Pizzarelli was just the second electric guitarist to play with Davis, after Joe Beck.
Inspired by George Van Eps, Pizzarelli switched to a 7-string guitar in 1969. This became his main instrument for the rest of his career. He passed this onto his son John Pizzarelli, with whom he made several records including Nirvana, Contrasts, and Generations.
Pizzarelli had a long career, and only officially retired at age 92. In his spare time made paintings, which lined the walls of his home. In 2020, Pizzarelli passed away from complications related to COVID-19, leaving behind a deeply musical family and a long legacy of studio recordings.

Every day I get up and I try to correct what I screwed up the night before! That’s my theory. I prepare for the next time.

It was always a pleasure to play for Tony Bennett or Frank Sinatra, because you knew the music was great and you didn’t have to play any gimmick.

I mean, he's the best doing what he does. So I always try to hire the best musicians. And I can play rhythm guitar, but not like him.

I loved hearing him play. And whoever he was playing with was fun. So I loved going with him to record dates when I was a little kid. I could sit in a studio all day and listen to him play.