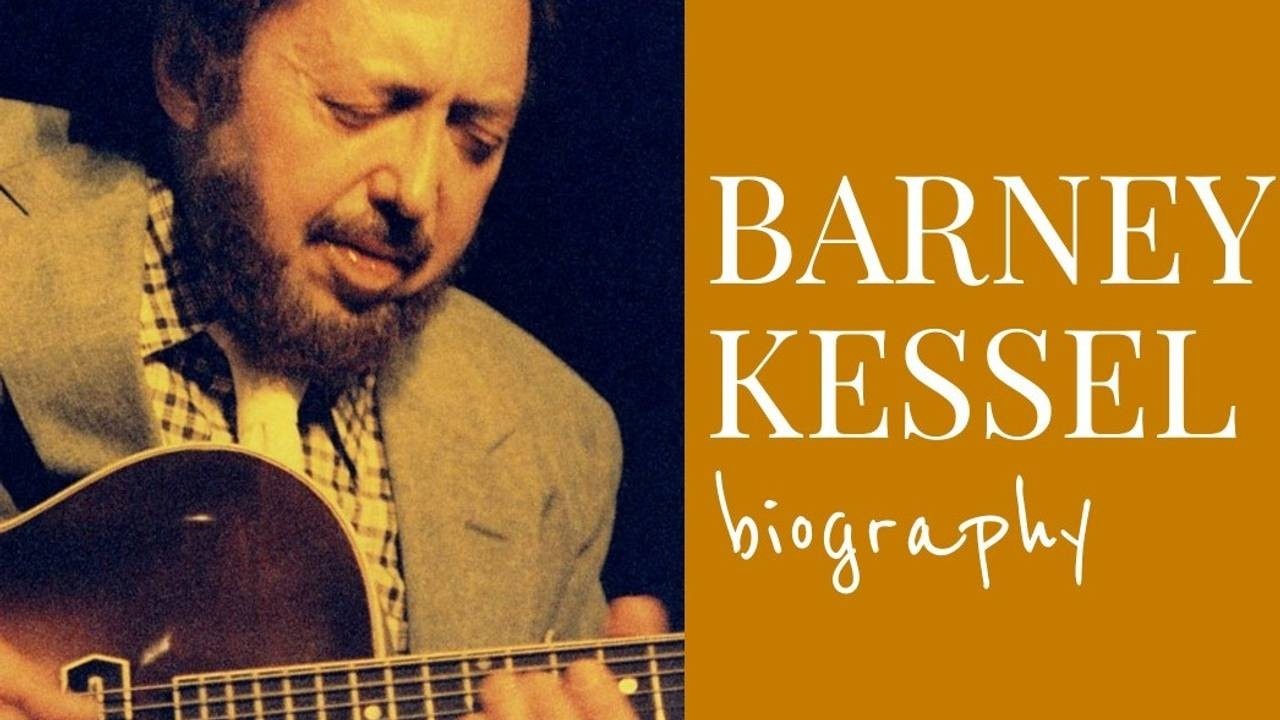 Barney Kessel was a masterful and highly influential jazz guitarist that played with Oscar Peterson, Artie Shaw, Benny Goodman, and the Wrecking Crew.

His universally-loved style also helped him forge a career as a session guitarist in Hollywood, playing with icons including Frank Sinatra and the Beach Boys.

Barney Kessel was born in Muskogee, Oklahoma in 1923. His first exposure to the guitar was from blues musicians who played in boxcars by the railway tracks near his house.

As a teenager, his main influence was another Oklahoma jazz guitar great - Charlie Christian.

Kessel admits, "There's no doubt that I was a fan of his. I idolized his playing, and when I was in high school, I waited for his records to come out. And I think I sounded like him in the early years of my playing".

However, when the two inevitably met at a jam session, Kessel realized that he needed to develop a style of his own. Just across the room from Christian himself, Kessel froze, not wanting to sound like an imitator.

This experience had a lasting effect on Kessel, and he began to uncover his own voice.

By incorporating elements of the blues music from his youth, as well as a harmonic vocabulary inspired by guitarist George Van Eps, Kessel's style was dynamic and versatile.

This versatility would come in handy in 1942, when he moved to Los Angeles and joined a number of bands including Artie Shaw and Benny Goodman.

Additionally, he became a sought-after session musician as part of a group of musicians that became know as the Wrecking Crew.
This led to recording work with Frank Sinatra, The Beach Boys, and countless others. Kessel is one of the two guitarists heard in the intro of The Beach Boys' iconic song, Wouldn't It Be Nice.
Not wanting to stay put for too long, Kessel headed out on the road with Oscar Peterson in 1953. However, he craved a healthier work-life balance and was back doing studio work in less than a year.
This was the duality of Kessel's career: session work, tour, session work, tour. He was known to have a strong desire for community, personal development and personal health.
In 1992 Kessel retired from music after having a stroke. Sadly, in 2001 he was diagnosed with brain cancer, and succumbed to it in 2004. He is remembered for his invaluable contribution to both jazz guitar and American pop music, as a session guitarist.

In this 70s television performance, Kessel delivers one of the definitive guitar versions of Here's That Rainy Day.

This 3-part arrangement showcases Kessel's versatility. It ventures from solo guitar, to medium swing, to uptempo latin, and even a blues ending!

2. On Green Dolphin Street (with The Poll Winners)

This trio of Kessel, Shelly Manne, and Ray Brown was named "The Poll Winners" after each of the members swept the jazz polls in 1956 for their respective instruments, which was an unprecedented feat.

Kessel has a markedly different approach to this tune than most guitarists; rather than highlighting the impressionistic quality of the chord changes, he instead opts for a tasteful mix of blues and bebop lines.

A close-up look at Kessel's phenomenal technique. With the flesh of his right hand fingers, he's able to use a hybrid picking technique to make softer statements in between the sections played with a pick.

Kessel's signature guitar was a Gibson ES-350 with a Charlie Christian pickup (seen in the video below). Throughout his career, he had rocky relationship with Gibson and because of this, the headstock occasionally appears with tape covering the Gibson logo.

Kessel also attached his name to various "artist" guitar models over the years, first with Kay and then with Gibson. The Barney Kessel model introduced by Gibson in 1961 is notable for its unique double-cutaway design.

It should be noted that Kessel thought of the guitar as a tool, and was not a collector. He preferred to keep things as simple and practical as possible, which he explains in this interview:

Above and beyond technique, Kessel is a vital and inventive musician. Finally, he is a swinger — a powerful, hard-driving swinger when he wants to be, though also one of the most lyrical of ballad players when that is his wish.
- Gene Lees
"The important things for a musician to be concerned with are (1) whether you are able to play what you sincerely think, and (2) to have what you think be worth the playing."
- Barney Kessel
The essence of it is what you're saying. The instrument is merely a tool, a link, a way of getting out to the public what you are feeling. To me, guitar is only a tool. I'm not partial to hearing guitar players over trumpeters or trombonists or saxophonists.
- Barney Kessel


"Too many musicians are doing research when a performance is expected. People are coming to hear the result of your experiments, your findings, and it should be palatable. But musicians are often still experimenting on the public's time and money.
-Barney Kessel