The great jazz guitarist Wes Montgomery requires no introduction. He single-handedly forged a jazz guitar sound that is still imitated and revered to this day. Jazz guitarists and musicians have lots to learn from him, and I wouldn’t be surprised if his influence continues over several generations of artists in the future. So, in short, Wes is probably the greatest jazz guitarist of all times.

What I want to do with this new “Untold” series on jazz greats is, in fact, try to understand the process behind the success. Along the way, I’ll synthesize musical and non-musical lessons for you, the watcher. So, for the first video in the series,  I’d like to address why Wes Montgomery rose to fame the way that he did in the 1960’s, all the while avoiding the deep biographical details.

I mean sure, we can talk about Wes, his life, his recordings, (etc.) in a typical biographical way). But I’m more interested in what made him so great, and especially what we can learn from him today. Let’s dive in!

By definition grit is “perseverance and passion for long-term goals”, and this is the very first lesson we can learn from Wes. There is no doubt that our man was committed and ready to give it all when it came to playing music. Wes had a no-matter-what and whatever-it-takes attitude throughout his life. 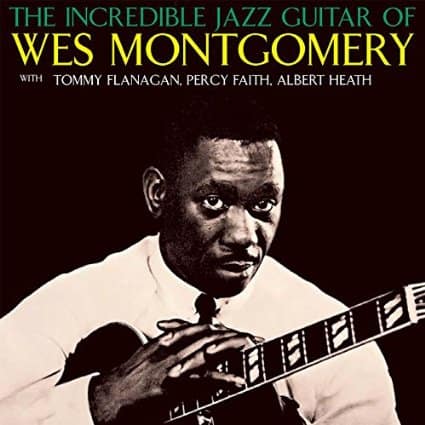 The greatest example of Wes Montgomery’s amazing grit is a “down” period when Wes went back home after touring with Lionel Hampton in 1950. He had a succession of day jobs to support his growing family. He worked as a welder, in a foundry and for a milk company in Indianapolis, Indiana.

I’m wondering now, how many up-and-coming unknown jazz musicians would be ready to sacrifice almost a decade working day jobs before getting a big break on the international music scene? Hey, maybe you’re that guy or gal watching right now!

Anyways, Wes worked “real jobs” by day and played clubs at night from 9pm to 2am. Then he headed over to an after hour called “The Missile Room” and usually played some more trio music. Luckily for us, it’s by hanging out at “The Missile Room” that Wes was discovered by Nat and Cannonball Aderley, so to speak. Of course, Montgomery had already developed a reputation at that point, but as Woody Allen puts it “90% of success is showing up”!

So around 1959, after years or day jobs supporting his family, Wes signed with Riverside with Orrin Keepnews as the middleman. The rest is history. Including the 1960 downbeat “star award” for “The Incredible Jazz Guitar of Wes”.

Think about that next time you hear a Wes solo … or if you’re thinking that you don’t have enough time to practice! Perseverance is a required trait to become a high-level musician.

Wes was constantly working on his own playing, even after becoming an international level jazz performer. His perspective on music was rather unassuming: even if his music was very forward-thinking and had (still has) a huge impact on the music, Wes was  to a certain point naive. He still believed that he was a “working musician” and that his job was to please the audience and support his family with his work. 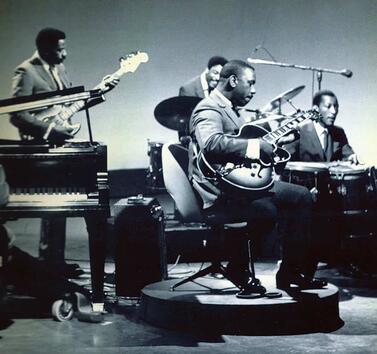 This is so surprising! There’s no ego at all in Wes’ attitude towards music and life! Coupled with a constant will to get better and a sweet, warm personality, this unassuming mindset forged a character that became and remained perfectionist about music.

For Wes, “just good” was never good enough. Even in the studio, he insisted on re-recording and getting new takes so he could do a better job on his solo. There’s anecdotes about a producer (I forget who) taking notes during a recording session mentioning “Wes does not like his solo, but everybody else in the band does!”

So, how do you see perfectionism applying to your situation? As musicians, colleagues, friends or parents, we know when “we’re cutting corners” and when we have opportunities to go the extra mile. Make an effort to spot these opportunities, they’ll awaken your inner perfectionist!

Just in passing, I want to mention that Wes was a soft-spoken, warm and gentle man. He looks like a kind person, and I wouldn’t be surprised to hear that this was his natural state. His interviews, performances and live workshops let his inner character shine brilliantly. Watch him on Youtube! Even when he was playing his best solos, Montgomery had a smile on his face. 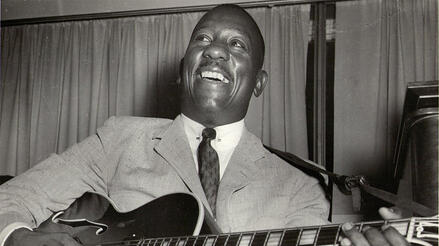 The lesson here? Kindness is a gift to humanity and to ourselves to some extent. I personally believe that “what goes around, comes around”, so I aim to treat everybody I come across as a friend. At first at least! LOL You see, I’m not the guy giving bad vibes to beginners at a jam session. But, speaking about Wes, all in all, I think BEING KIND is something we can all learn to do better.

Wes Montgomery was raised in a musical family. Before playing guitar, he was playing a 4-string tenor guitar with his two brothers (Monk and Buddy). In fact, the instrument Wes started to play on was a gift from his brother! The three of them recorded, played and toured together before Wes’ international success in jazz. 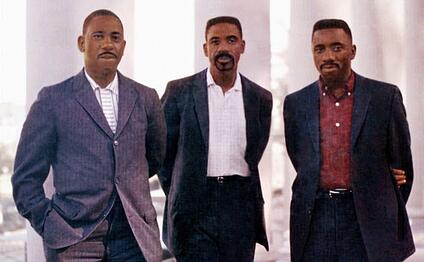 The lesson we can try to incorporate into our own musical life here is the following: we have to surround ourselves with musicians. Even if they’re not family, they’ll become family. It’s important to have close relationships with the people we’re playing music with. In fact, I believe it’s invaluable for musical growth.

To give you an example: I was not personally raised in a musical family (I’m the only musician out of five children), but I surrounded myself early on. All my friends were musicians in high school, I stayed after school to ask questions to the music teachers, and so on. Believe it or not, I was the weakest musician in the bunch. LOL And I also want to point out that I still hang out with the high school teacher that helped me the most throughout the years. Now, we’re friends beyond music. :-)

To conclude, hanging around other musicians transformed my life and allowed to learn music on a whole new level. If you’re not hailing from a musical family or have an artistic background, I suspect that spending time with other musicians will help your improve your act.

Wes clearly had no fear of using alternative ways to do things on his instrument. People kept telling him that playing in octaves was meant for the piano, but he pressed on. Couple that with his unique “plucking with the thumb” sound, and you get the most identifiable sound in the history of jazz guitar.

Montgomery’s exploration and discoveries (that is, playing with his thumb and using octaves for soloing), gave birth to his unique voice. Would you imagine if Wes had stuck with what was acceptable and current for his time? You wouldn’t be watching this right now! So, in short, this is one of the greatest non-musical lesson we can draw from Wes Montgomery: every voice in jazz is unique, and we should always strive to find ours.

So never mind the conventions and the “right way” to do things. You can even ditch all the lessons on JazzGuitarLessons.net if you think you know better! When you have a hunch about an idea, a concept, a technique, a chord or a lick … simply follow your heart and trust yourself.

I believe it’s the only way you’ll get in touch with your inner musical voice. And perhaps with time, you’ll develop a recognizable and unique sound to contribute to the rich “tradition of jazz”. Just as a side note: I’m not pretending I discovered my own musical voice yet. And I certainly did not contribute (musically) to that “tradition of jazz”. Yet, at least! LOL