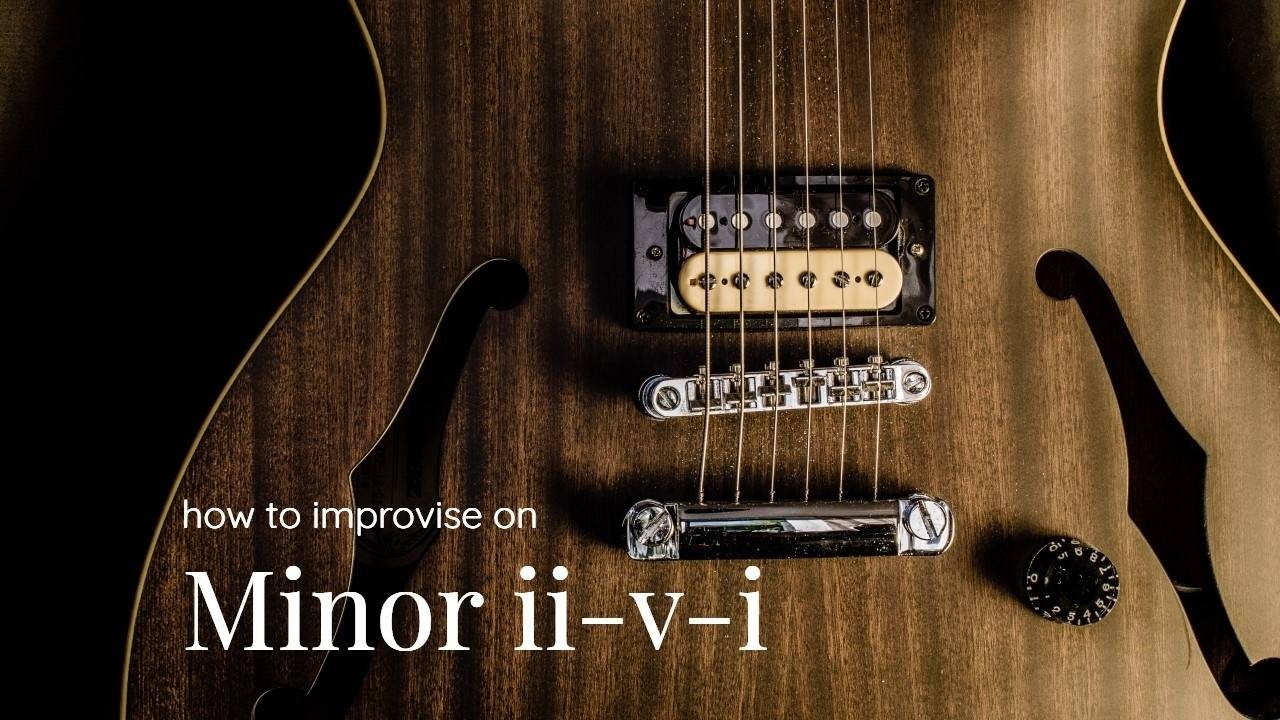 How to Improvise on Minor ii-V Progressions

In my experience as a teacher, I have come to find that minor ii-V progressions tend to trouble players far more than a regular ii-V.

Even some of the more experienced players seem to have trouble approaching this sound with confidence. In this lesson, we'll be discussing how to improvise on minor ii-V progressions and explore the main approaches to using the appropriate scales.

If you need a primer on minor and major ii-V progressions, among other things, check out the following link: 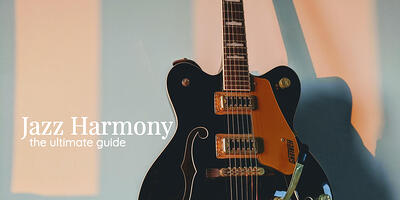 And of course, be sure to download the full Minor II-V-I Mini Guide here:

Spelling the Progression In All 12 Keys

There is really no way around this, so make sure you take the time to practice it.

HINT You should be doing this with everything you learn ;-)

And so on. You have a few keys left. Or, as some math textbooks would say "The proof of this theorem has been left as an exercise." ;-)

I like to approach learning this using the circle of 4ths, but do what works best for you. Going up in half-steps is also good (ie C, Db, D, Eb, E, F, etc.)

It's also important to note that the minor i chord is often played as either Cm6 or Cm(maj7). And NOT a Cm7 like you see in some fake books. We call the Cm6 and the Cm(maj7) chords tonic minors.

Spelling the Chords Themselves: Arpeggios

The next step is to spell out the chords themselves. We know Dm7b5 ... but what notes does it contain?

Be able to do this for all 12 keys including weirdo flat keys like Cb minor. It'll come in handy some day! (Or not ... at least you'll know your jazz theory)

Let's jump right into some solutions. This first one is a bit of a shortcut, and it consists of simply playing the harmonic minor scale for the i chord over the whole progression.

Yes, this means that throughout the entire minor II-V-I progression you could play on only one scale.

But Marc ... what about all that Dorian to Mixolydian crap?!?

Precisely the point: we're trying to find a "one-scale shortcut" as an entry point into soloing for the minor II-V-I.

You'll have to use your ear when taking this approach. While the three chords can originate from harmonic minor, things start to get a little messy when you get beyond 4-note chords (ie adding extensions)

In other words, this doesn't lay out the same way as it would in a major key where you can play C major over an entire ii-V-I progression in C.

You'll probably want to save this approach for when you see a "quick" ii-V taking up only one measure at most.

The main advantage of this approach is that it creates a beautiful V chord. In the case of G7, you'll notice, the C harmonic minor scale contains the notes Ab and Eb. Those are the b9 and b13 of G7, respectively. And God knows, G7(b13 b9) is a pretty chord!

In this solution, we'll talk about approaching each chord as its own sound. Much more complex, but much richer harmonically! :-)

The first chord in the progression is the m7b5 chord. In C minor, this would be Dm7b5.

One of the more "obvious" solutions to this is to simply play the Locrian mode, otherwise known as the 7th mode of the major scale.

Ok, don't panic just yet: to play D Locrian during a Dm7b5 chord, just put your finger on a D note, then another finger one fret higher, and play that major scale. In other words, to get D Locrian, play Eb major (half-step up major).

Theoretically, this does work, but it is often not the preferred approach as it gives us that b9 against the root. Ouch. The Eb note is the b9 of the Dm7b5 chord and you might not enjoy it.

Instead, many jazzers will opt to play the melodic minor scale a minor 3rd up from the root. So, for Dm7b5, you would play F melodic minor. This is also known as Locrian with a natural 9th or the 6th mode of melodic minor.

In a minor setting, the V chord is always altered in some way. Depending on the tune, this can be b9, #9, #5, etc., but the most common one is probably b9.

One quick and easy way to approach this is similar to the first solution. We can take the harmonic minor scale of the tonic chord and play it over the dominant chord as well. We can call this the HMD or harmonic minor of destination. And this is where we get the neat V7(b9 b13) chord I mentioned earlier.

We can take the same approach but replace the harmonic minor with a melodic minor scale. We can call this one MMD or melodic minor of destination. The MMD chord is plainly V7(b13) because the 9th remains natural.

Now let's get into some fun melodic minor applications. One cool way to access the #11 sound over a dominant chord is to play the melodic minor scale a 5th up from the root of your V chord.

Over G7, you would play D melodic minor to get that G7(#11) sound! This is also known as the Lydian Dominant sound.

This scale contains all of the possible alterations to a dominant scale and can give you a bit of a headache when you are first analyzing it, but that's okay. This is all part of the process.

Simply put, this is the 7th mode of melodic minor. A shortcut to accessing this sound is to simply play the melodic minor scale a half-step up from your root.

In other words, over G7, you would play Ab melodic minor.

Let's take a look at what this scale gives us, but instead of the scale, we will think of the chord tones. It's important to note that some of these are technically defined by their enharmonic equivalents. For example, B is the 3rd of G7, but the altered dominant scale would have us call it Cb. I know this is confusing, but you'll get it!

I've saved the best - or at least, my favorite - part for dessert. The diminished scale is a symmetrical octatonic or 8-tone scale that is often listed as "half-whole" or "whole-half" diminished.

For the purpose of playing over a dominant chord, we'll be going with the "half-whole" version.

This works beautifully over a 7b9 chord. The scale here will show us why.

It's important to note that this sound is very specific and it is not the same as an altered dominant sound, as you can see. We still have a natural 13th and a 5th.

It can still be very useful, though! Especially when you see a 13b9 or simply a 7b9 chord.

Destination: The Minor i Chord

And finally (phew), we have the tonic chord for the minor ii-V-i.

It's important to note that when a minor chord is the tonic chord, it's typically approached as a m(maj7) or a m6 chord. In other words, you'll want to make use of melodic or harmonic minor here.

This is not to be confused with the Dorian sound of the minor 7th chord. That chord has a very specific pull and serves mostly as a predominant (ii) function chord. The Dorian sound is much "softer". In other words: not always the best fit to resolve a minor II-V-I progression.

I hope you found this helpful, but we have wayyyyy more to talk about on the subject.

Be sure to download the full Minor II-V-I Mini-Guide on minor ii-Vs here: