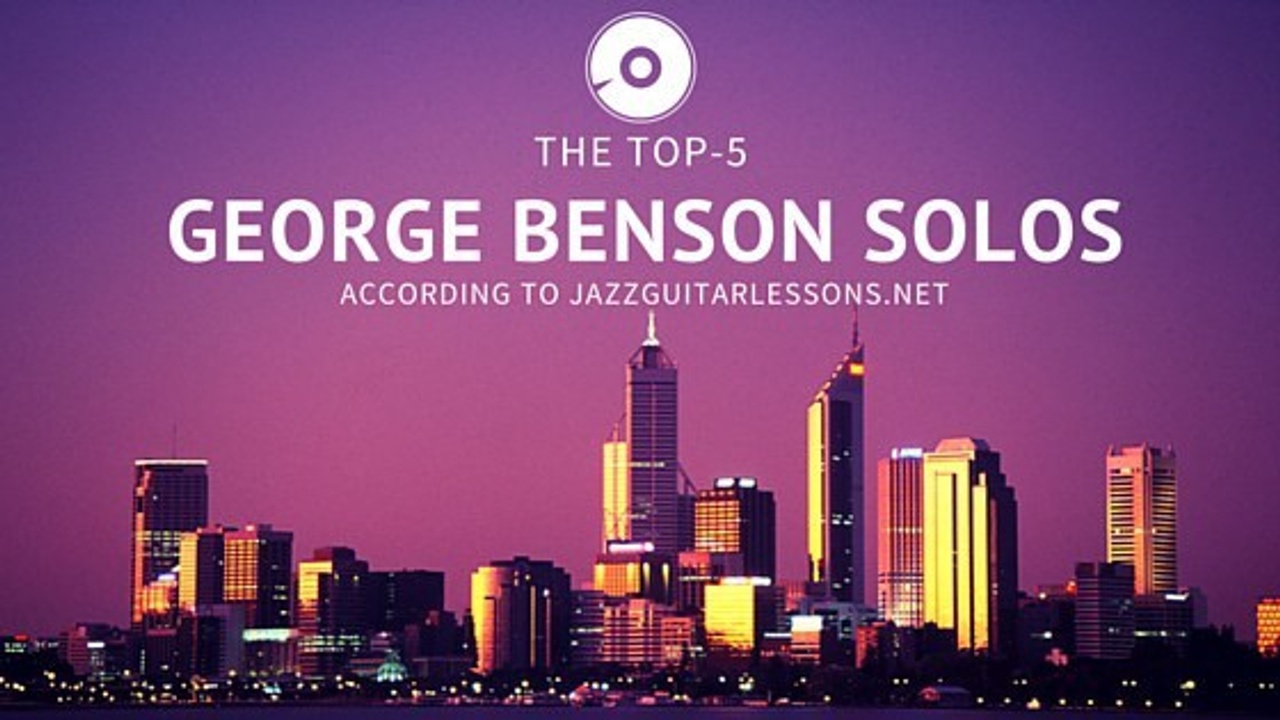 Everyone will have a different set of parameters for defining and choosing their favorite solos by an artist. I’m not even sure that I can articulate my own reasons for picking these solos by George Benson as my TOP 5. But I’m going to try. 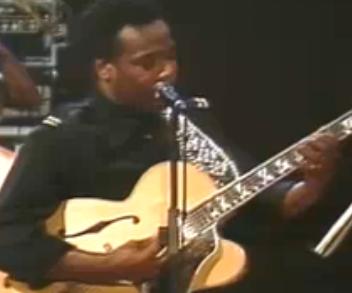 My first exposure to to Benson (like about 9 billion other people) was his massively successful crossover album Breezin’ . Once my curiosity was piqued, I dug around to find more of his work and scrabbled together a little collection of Benson records. Pre-Internet, finding older stuff with Jack McDuff and Lonnie Smith was pretty difficult and largely dependent on finding worn copies at the used record store. If you were lucky. I remember finding a double LP called George Benson & Jack McDuff as well as some sideman stuff like Freddie Hubbard’s Straight Life and Miles Davis’ Circle In The Round. All of these records and scenarios made it hard for me to pin Benson down. What kind of guitar player is he? Is he the slick showman and singer featured on RnB hits like Give Me The Night? The grooving soul jazz guitarist featured on jams like Hot Barbecue? The probing explorer on David Crosby’s mystical Guinnevere from Miles’ Circle In The Round? And how does my 15 year old self even begin to comprehend what I now consider to be the wonderful The Other Side Of Abbey Road? I guess the answer is that he is all of these things. Here are some of my favourites. In no particular order. 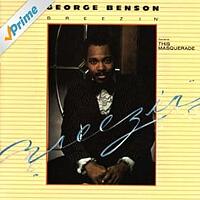 I love Breezin’ so much that I could easily just make this list with 5 of the 6 tracks and be done with it. His tone on this record was (for me) his best on record up to that point. The relatively large production budget compared to his previous outings probably had something to do with that. Being able to do multiple takes and pay special attention to specific sections of songs translated into a superlative tone and conceptual consistency. He was using a D’Angelico New Yorker archtop at the time (a guitar that would later suffer a broken headstock and never be the same, according to Benson) and the guitar sits perfectly in the buttery smooth mix and lush orchestration. At 2:24 Benson plays a line that signals the beginning of his solo flight. A series of impeccably grooving triplet figures, slipping sliding legato phrases, perfectly executed double stop and octave passages constitute one of the most perfect guitar solos ever laid down on what was an incredibly popular record. Millions more people heard this solo than probably several classic jazz albums put together. Worth stealing at least 5 licks from. 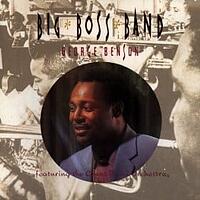 This album marked Benson’s return to his jazz roots after having focused on a successful career as a pop singer throughout the 1980s. It’s not a great album overall, but it has definite moments. This Frank Foster penned original is definitely one of them. Benson plays three solos: one after the initial theme that for half of the excursion is purely a scat solo (though I wonder if he recorded it while playing guitar and dropped the guitar out of the mix as his phrasing is so guitar-istic), one after the alto and tenor solos that is scat doubling guitar and a third that is a voiceless solo over a shout chorus. It’s a heck of a performance and Benson plays a whole lot of guitar. The track is such a great glimpse into what a great connection Benson has between his voice and his hands. Food for thought for any aspiring guitarist. (Be forewarned should you decide to pick up the whole album: the track "Baby Workout" cannot be unheard once heard.)

I include these two tracks as incredible examples of “what might have been.” George Benson more than holding his own in a thoroughly modern jazz setting surrounded by the most state of the art band of its time in Wayne Shorter, Herbie Hancock, Tony Williams and Ron Carter. While from different albums, they are from the same 1969 sessions and showcase, however briefly, Benson experimenting with terse, abstracted and probing phrasing that would have been completely unexpected on the far more accessible records he was making as a leader and as a sideman. These are incomplete glimpses of the player Benson chose not to share with the world and serve largely to whet the appetite for something that may never be. So these two are for players who might know Benson’s more conventional work but be be unaware of another side of him. 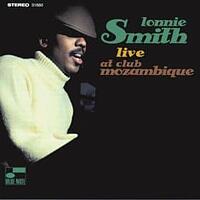 This burning uptempo modal excursion (a la Impressions by Coltrane) is from a live date recorded in 1970 but only released by Blue Note in 1995. Everyone gets to stretch out on this one (Ronnie Cuber’s solo is particularly muscular) and GB really shines, showing that his already formidable technique and burnished tone were coalescing into something more refined and deep. Featuring sequential passages, cascading pentatonics and employing repeating figures in a way not unlike Grant Green at times, this is a great example of Benson at his free flowing best. 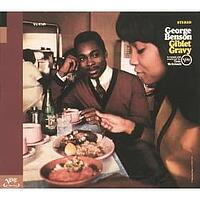 Featuring Billy Cobham on drums as well as Herbie Hancock and Ron Carter, I think this may have been one of the first things I ever heard from George Benson after Breezin' and it was on one of those compilation Walkman Jazz cassette tapes that were later released as Compact Jazz on CD. (What are they now? Streaming Jazz by Verve? But I digress…) I remember being struck by the sheer authority of his time feel when i heard this. It’s just so in the pocket and strong. The rhythmic ideas flow into beautiful double stops and his gorgeous burnished tone shines throughout. He may have been using a Guild Artist Award on this one, though it could have easily been the D’Angelico too. Hard to tell whether the difference in tone is attributable to production or simply to gear. Essential listening.