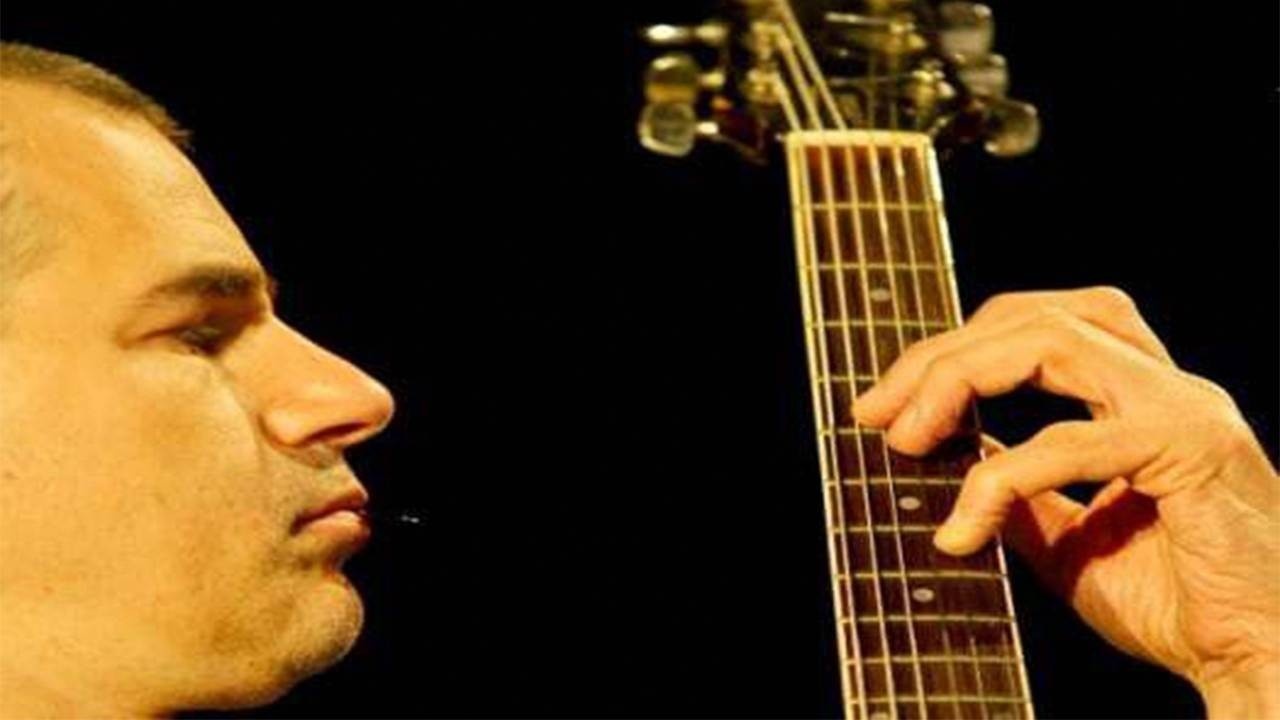 Known for his broad tonal palette informed by an interest in 20th century classical music (in particular the music of Gyorgy Ligeti) Ben Monder has used his immense hands to express a style of contemporary jazz filled with expansive harmonic devices and dense melodicism.

His icy, intellectual excursions have found their way onto hundreds of recordings with artists as diverse as Maria Schneider, Marc Johnson, David Binney, Charles Pillow, Drew Gress, and Reid Anderson, to name but a few.

In the process, he has retained a singular sound that is largely unfettered by bebop histrionics or *cliches* while playing both his own harmonically ambitious compositions and standards alike.

Favouring a deep, dark tone with reverb via a Lexicon LXP-1 rack unit, he often splits his  signal into two Fender Princeton tube amps. Distortion is a RAT pedal and lush chordal swells are achieved with an Ernie Ball volume pedal.

Among his trademarked techniques is a prodigious right hand fingerpicking style (at times not unlike that of Ralph Towner)that he utilizes in long, rhythmically elaborate solo guitar works. He is also capable of face-melting moments of shreddy, metal-inspired sheets of sound.

A characteristic trait of his phrasing is his emphasis on the triplet and its derivations. Long flowing eighth note triplet lines and related syncopations often outnumber strings of straight eighth notes. This use of displacement gives his improvisations a strong sense of forward motion. 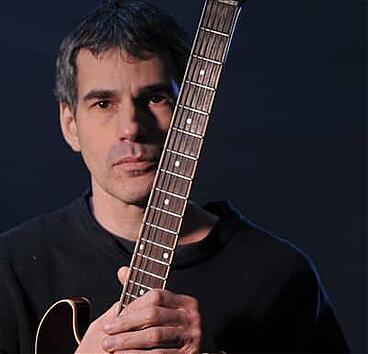 Harmonically, he is fortunate to have hands that accommodate his adventurous chordal sense. He incorporates large stretches in order to voice chords with both close and wide intervallic structures, as well as exploiting open strings and drones. He also uses an expansive vocabulary of chord synonyms that allow him to use a given harmony (and related melodic structures) in more than one context.

Also, Ben Monder published books. A 2-volume of Ben Monder's compositions  spans an approximately 20-year period of writing. They can all be found on one or another of Ben s four solo releases: Flux, Dust, Excavation, and Oceana. It reflects a broad sample of work involving the exploration of various harmonic, technical, and textural elements of the guitar. 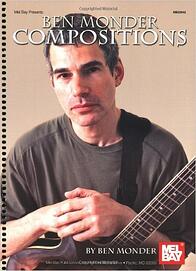 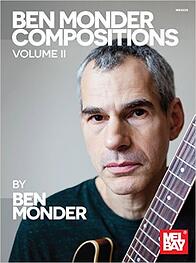 Here's an exercise inspired by Ben Monder's "Orbits". It's not as complex, but it's still challenging and will get you in the ballpark of some of what he's doing with his right hand and rhythmic independence. It also avoids copyright infringement! Try each staff on its own first. The notes in the bottom staff will be sounded via left hand hammer ons and the 5th string is tuned to G. Use "p" "i" and "m" in the right hand.

On a final note, at a clinic in Montreal during the 90s (after fielding many a semi coherent question, mostly about how to play fast, as well as the more specific "How do I play Giant Steps fast?") he left the room with the idea that the most important thing for him is sound. His sound. Everything else ultimately flows from that. That, and that he finds playing his own compositions really difficult. Which is perfectly understandable. They are extremely complex. But it is most certainly this drive to explore composition that has made him the musician he is as much as his practice of the mechanics of the guitar.

So you're thinking of hitting New York City and knocking at Ben's door for some lessons? Think twice.

First, check out his compositions (link to songbook to the left here)... and if that's enough to scare you, here's something every more practical :

Here's what Ben Monder gives to people who ask him for lessons. Our obvious guess is that he wants them busy for the rest of their natural lives so he won't have to teach them! (-: