Voice Leading Within the Lines

Our aim is to give you ideas as well as some tools to help you develop them further. You’ll get them under your fingers without needing to get too intellectual about the process. Of course, there is some thinking involved, but we’ll try to make it easy for you.

Here, we will be going over a major to minor jazz guitar lick and then giving you more examples with the same concept. 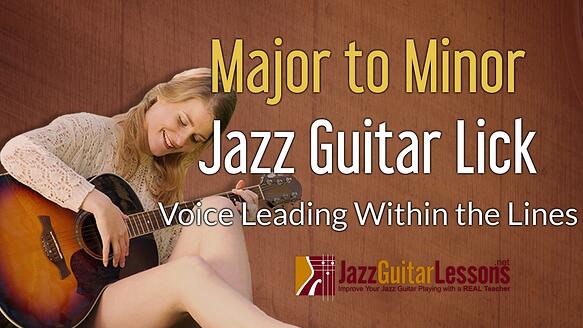 Today’s material comes from our “Tune of The Month Club” from October 2016. The song is the popular jazz standard “Just Friends”. The line we’re working with fits into measures 1-4 of the song, and features a subtle but very useful concept. 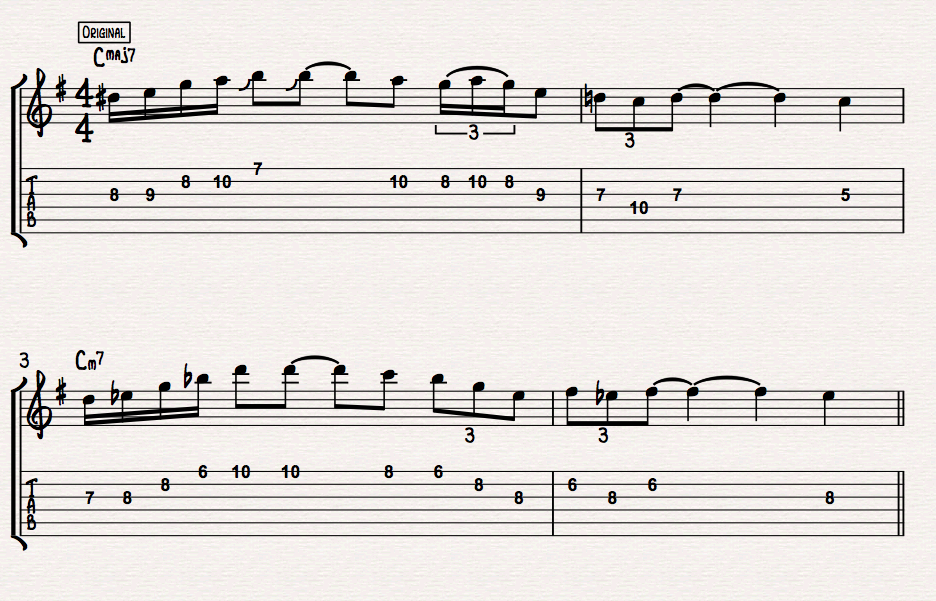 The concept that stands out with this idea is how the line navigates the change between the CMaj7 chord and the Cm7 that follows it. The line follows a very similar contour over both chords, and yet it is modified ever so slightly to ensure we make it fit the change between them. In addition, the line uses a chord extension as well, which is an important element to jazz language!

Now let’s take the idea and manipulate it to create even more ideas.

Here, we’ve gone straight to the heart of our concept. By stripping away a lot of the ornamental notes, we’re left with a simple outline of a Cmaj7 chord, then a Cm7 chord. The Cm7 has the 9th added as well.

And now our second idea ...

This, in fact, is even more direct than Example A. To outline the differences between Cmaj7 and Cm7, we simply play the root-position arpeggios of both.

For our third idea, here is something a little more adventurous!

Becoming comfortable with these ideas will lead you to exciting new sounds!

Now we’re ready for the fun part -- playing! I call this part “winging it”, as we sit down and just play. Don’t worry about any of the stuff we’ve just discussed, you’ll learn it over time. By far, the most important thing to do is to jump into the music and play!