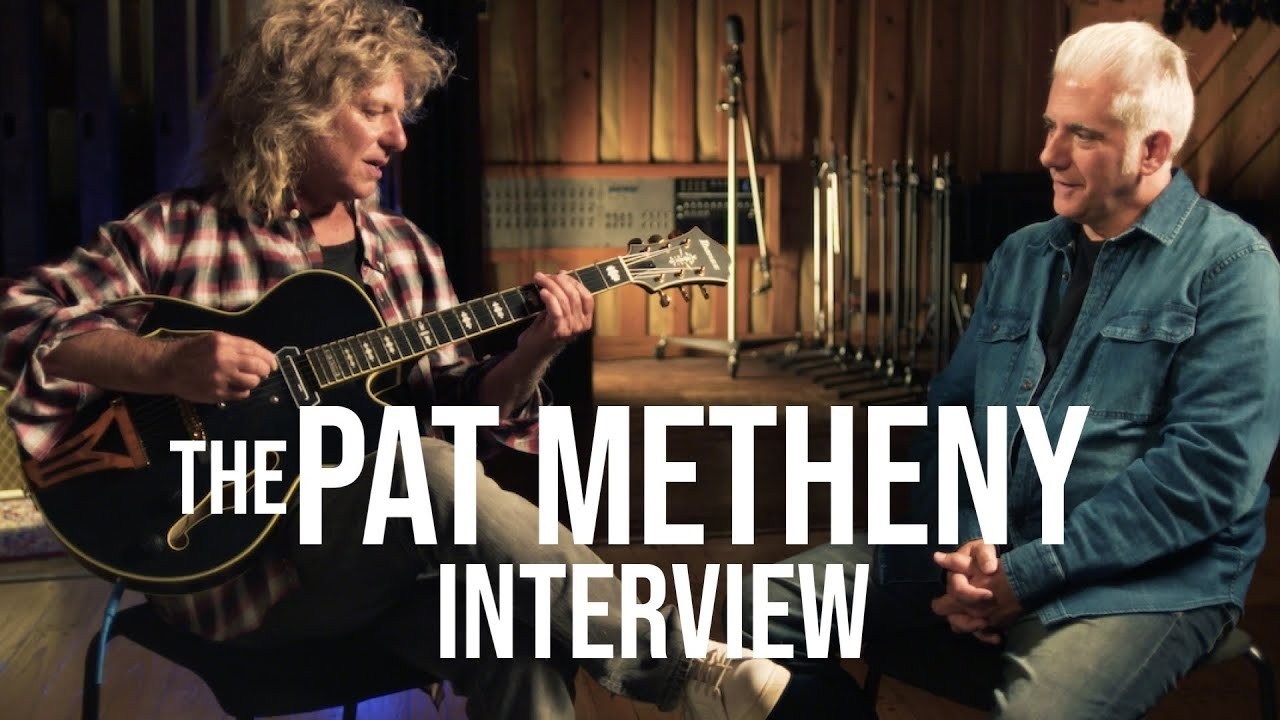 Producer and guitarist Rick Beato recently sat down with legendary guitarist Pat Metheny for a 90+ minute conversation about guitar playing, soloing, Pat’s career and so much more.

This interview is filled with insights that any guitarist can benefit from. In this post I’d like to highlight five insights that stood out to me. Let’s get started.

During the creation of his album “Bright Size Life” (1976), Pat recollected utilizing the concept of triads over bass notes, or inversions. For example play an A major chord triad (A, C#, E). Now add a Bb (flat 9th) in the bass. You now have an A/Bb chord. This concept has various benefits. One is having a much simpler chord name to communicate. It’s much easier to have someone play an A/Bb chord versus a Bbmin/maj7 add#11 chord.

This concept also got Pat to explore harmony beyond the traditional linear way. Harmonic structure started to be about the movement of the notes between chords. It could be bass notes, or a common tone that cut through the chords. Pat’s recommendation was that you should “start thinking about harmony by knowing how to invert chords in at least 3-4 different ways, using different chord tones as the pivot points.”.

Coming up with new things

Pat talked about how the culture in the 70s was very creative and inventive. Pat made his mark by his application of triads over bass notes. He also experimented with alternate tunings on a 12-string guitar. And he was one of the first to hook up multiple amps to a digital delay in order to spread his guitar sound out across multiple amplifiers. According to Pat: “this is what was required, you had to come up with some stuff…”. Be observant, explore your interests and see what you can come up with that’s different from the mainstream.

Much of this interview contained insights from Pat on how he thinks about musical topics. One of those topics was melody. What is melody? What makes a melody great? How does an improviser create a memorable melody? According to Pat, “The idea of developing an idea may be a better way to think about what melody actually is”. As an example Pat presented the melody from Happy Birthday as a perfect example of developing an idea:

Jazz musicians such as Ornette Coleman, Clifford Brown, Max Roach and Wes Montgomery really embody this in their playing according to Pat. For Pat the melody is an opportunity for the player to guide the listener in hearing how certain notes sound over certain chords. He called this “illumination”. To quote Pat, “It’s a matter of human consideration. You want to illuminate things. As musicians it’s our responsibility to illuminate things that we think are cool…”.

I sometimes read various comments online about how it’s easy for Pat to play over complicated changes since he was a musical prodigy. It’s assumed that playing through complicated changes is easy and effortless for Pat. But as he discussed, it may sound and look easy, but it’s not. Pat will practice certain songs for hours in all 12 keys in order to develop a level of comfort that will come across as effortless when he plays. You have to put in the work.

Furthermore, Pat intentionally writes complicated changes in order to challenge himself. Here’s Pat, “Regarding the bridge of the song “James”, I’m going to write something like that because I can’t do it. Over years, hours and hours working on it, I’ve gotten to the point where I can do it…”.

The topic of Soloing is a culmination of the lessons Pat shared from the Melody and Playing through complicated changes discussions. On soloing Pat reiterated the importance of being prepared: “Preparation requires really knowing what the material is. Being able to play it if not in all 12 keys, in a lot of different keys. To be able to look at material from different angles. Be able to hear it…”. Pat also discussed the importance of developing your ear, the ability to listen and hear what’s going on around you. It’s the number one quality that he believes a musician should have.

He offered some practical advice as well. The foundation of soloing is to be able to play the fundamental chord tones. The root, third and seventh. It’s simple but very effective to outline the chord tones in your soloing. You can solo on just the bass and third notes. Just two notes and follow the progression! Get this foundation solid before you go to more complex note choices.

Andrei Kryssov is the founder of Modern Guitar Hub, a site that publishes concise guitar-related articles and lessons for guitar players who have busy schedules. A guitarist for over 20 years, Andrei has recorded and performed with various Rock and Jazz bands.