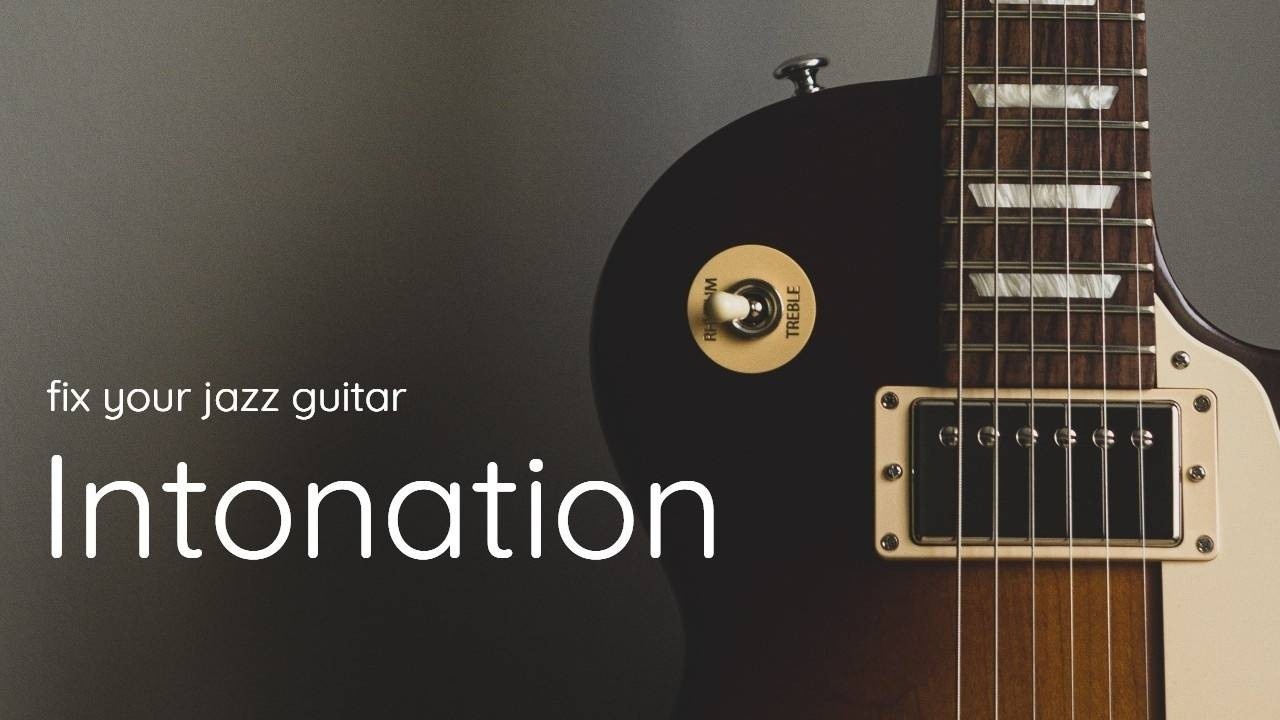 How to Fix Your Guitar Intonation

What is a guitar's intonation?

The guitar's intonation is a sort of a quality – the ability of your guitar (strings, more precisely) to remain in tune under various circumstances. Improper tuning might be the result of old strings, a bad setup, and various other reasons which we will discuss later on.

All you need to know is this – your guitar's intonation can't be perfectly adjusted, but some compromise is not only possible, but advised and welcome.

Sure ways to recognize that your guitar's intonation is bad

Before we get to the part of fixing your problem, let's see if you even have one. Among the most notable culprits concerning the bad guitar intonation, we can include the old strings, high action, the neck relief, bad bridge setup, improper nut setup, and such:

1.Old strings
Strings tend to gather up small pieces of skin, dust particles, grime, and all sorts of microscopic stuff after a while. This makes them feel thicker and heavier, but it also makes them ill-suited for tuning and intonation. Surely enough, you might be able to tune them up, but don't expect them to remain in tune for long.

2.High action
Most professionals recommend going along with the high string action, as your pickups will be utilized to the max. On the other hand, going too far might result in poor intonation. The higher the action of your strings is, the higher is the pressure they're on, leading to intonation problems.

3.Neck relief
Neck relief, or "bowed" neck is the one that goes in the opposite direction of the strings – this might not be too visible to the naked eye, but most people recognize this problem once it happens. Straightening it out is quite easy, and it just might solve all your problems concerning guitar intonation.

4.Bad bridge & nut setup
Just like the neck, the bridge and nut are guitar's pieces that heavily impact the behavior of the strings. If either of the two were setup improperly, you might expect a series of problems, among which bad intonation is counted.

How to fix the intonation of your guitar

There are several ways to fix the intonation of your guitar, each approach being determined by the cause. Now, let's see what you should do if:

Old/bad strings – get a new set

This one's pretty much self-explanatory, but you should be relieved. If the bad strings were causing your guitar's poor intonation, then all you have to do is simply change them. This is the most common problem, and the easiest to solve.

High action – balance it out

If your guitar's string action was purposefully setup to be high, you don't have to consider lowering it down substantially. The perfect balance between satisfactory playability and pickups efficiency is usually not high enough to cause poor intonation. Nevertheless, if other methods didn't yield sufficient results, you ought to compensate.

On the other hand, if you didn't raise the string action on purpose, you might have a problem with neck relief, bad bridge & nut setup, and such. We'll talk about these problems in the sections below.

Depending on the manufacturer, you might need to get creative with this one, as different models come equipped with different bridge styles. Nevertheless, the process is always the same – you'll have to tune your guitar, adjust its truss rod, straighten your guitar's neck, and check the harmonics every once in a while.

For additional accuracy and precision, use a tuner instead of tuning your guitar by ear. Poor intonation is quite easy to notice, but slight problems are often elusive. Check for harmonics on the 12th fret, as this is the threshold beyond which you'll notice poor intonation.

If the bridge compensation wasn't enough to fix your problem, you might want to try nut compensation. Essentially, this step is a lot like the previous one, but it can be way trickier to accomplish. There's a plethora of different nut designs, among which Gibson and Fender nuts are the most dominant types:

First of all, you'll have to remove this part from the slot. Using a small wood piece and placing it against your guitar's nut right on the fingerboard will do the trick – simply pull on the wood piece until the nut falls off, but be very cautious about it.

Once the nut is out, file down your guitar's fingerboard, shortening it all the while. Again, be careful, as an overkill could ruin any further nut placements.

Fender-style nuts are relatively hard to take out. You can "slide", "cut", or "pull" them from the slot – it's totally up to you.

Sliding the nut outside its socket is the safest method, and it's performed by scoring the edges of guitar's frets and tapping the nut using a hammer. Once the nut gets wiggly, slide it out.

Pulling the nut requires the use of tools, such as vice grips, fret nippers, and such. Even though this is the easiest way, it's also the most dangerous for your guitar.

Cutting the nut out is a viable option if it was glued to your guitar too strong. Needless to say, you'll destroy it, but if it's the nut that's causing you problems, you have to sort it out one way or another. You can always resort to other methods or take your guitars in for repairs and setup if you feel uncomfortable with this level of tinkering.

Once this is done, you should readjust your nut (if you haven't destroyed it in the process – get a new one if you have) so that it can accommodate the strings more easily. The ending results should leave you with a wider nut, and a longer fingerboard, hence with better intonation.

Most of the time, the intonation problems can be easily solved. As long as you maintain your instrument and play it regularly, you'll be able to notice the problems right away. However, there are certain situations when heavy tinkering is necessary. We've provided several possible solutions for you, and, with some work, you'll be able to get your intonation fixed in no time.

About the Author
I’m Anh Vu who has worked sound technology industry for 10 years now. Today, I am an affiliate blogger who likes to educate my audience more about headphones technology. Visit to headphonesunder100center.com to find all information about music that you need.