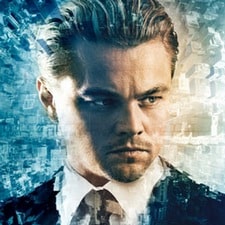 Welcome to this first installment of Steve's "Lucid Dreaming" article series on jazz guitar, improvisation and more ... today's article deals with "Giant Steps" intervals: how to approach this Coltrane all-important (now standard) tune with consistent intervals on the fretboard. Over to you Steve:

One way to tackle the process of exploring improvising in both open and harmonically specific situations is to set defined parameters for yourself and attempt to adhere to them strictly.

By imposing limits on yourself in the practice room, you can make the occasions for real improvisation seem that much more unfettered and free by comparison.

It also establishes a set of guidelines for those moments when the muse has eluded you until you get back into the zone, always striving to extend the length of that zone.

One exercise I like to do is to compose studies based on strict and consistent (not harmonically diatonic) intervallic structures. Once composed, variations in ornamentation, rhythm, omission, timbre, etc. can be introduced to very satisfying results.

For example: If we take the interval of a Major 7th as it relates to Bmajor7 (the first chord in Giant Steps) we have few options. The first being Root-7.

If we take B and A# as our starting point, we see that in order to maintain this structure for D7, we can move one semi tone higher and play C and B, a major 7th interval that now represents the flat 7 and 13th of the chord. Moving to the Gmaj7, we can stay consistent by playing 1-7 again and moving up a semitone again for the same two chord tones on Bb7. I've written the rest out in notation. Words are cumbersome so just take a look at the music.

It's quite angular and adroit without any embellishment (which I quite like) and this may or may not take you a long time to get under your fingers. Once it's there, try adding rhythmic variation, double picking (or tonguing for horns), slurs, upper and lower neighbours, etc. Try it with other consistent intervals, or a mixture of two different interval pairs per bar. (Whoa.) You may see the tune in a whole new light. Or not. I have no idea whether this will make any sense to you. Let me know...

This is very serious stuff Steve! One thing I would add as a starting suggestion is to change the directions of the interval. You could, for instance, practice "ascending 7th" then on the second chord play "descending 7th" ... this creates a different type of motion.