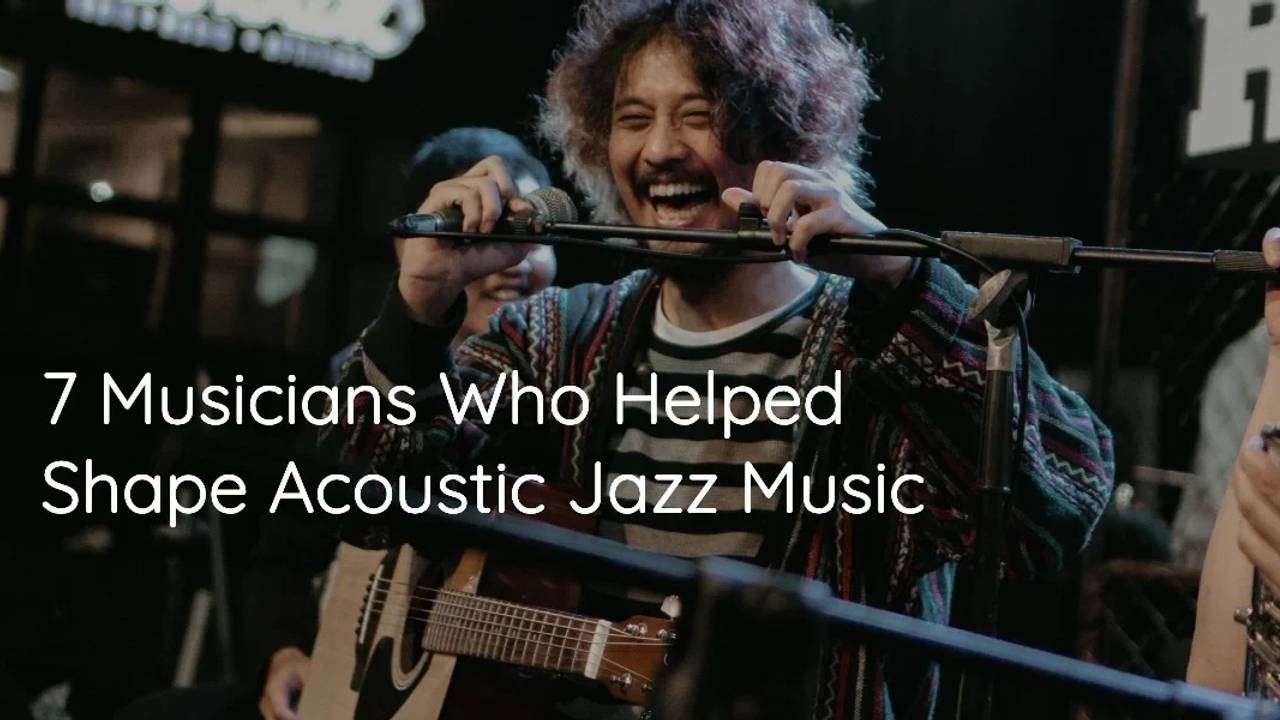 The history of rock ’n’ roll has many turns, pivots, and detours, but ever since the big-band era, the guitar has been a player on the scene.

Beginning as an element of the percussion section, the guitar then moved into a more prominent role before sliding into smaller bands and becoming a permanent fixture of popular music as we know it.

In the hands of extraordinary individuals, the guitar has had quite the journey. So how did this soft, stringed instrument make its way into jazz?

Here are 7 artists that made sure that the diversified sound of the acoustic guitar would remain perpetually a part of the jazz world.

Known as the father of the jazz guitar, Eddie Lang was the first to prove the guitar was more than a piece of the rhythm section during the 1920s. But, like too many musical geniuses, Lang burned bright before dying young.

The much celebrated friend of Bing Crosby was the first single-string soloist, and proved the guitar’s use over the popular choice of banjo by weaving his sound so it could be heard over the rest of the band.

After playing with numerous ensembles and collaborating closely with Bing Crosby, Lang passed away during a tonsillectomy in 1933.

Though a guitarist in the swing era who spent his life playing with ensembles, Frederick William Green — better known as Freddie Green — was a key player in the rise of the acoustic guitar as a jazz instrument.

Known for playing with the 1930s big-band The Count Basie Orchestra, his skills as a rhythm guitarist were well renowned and earned him a place playing with the Benny Goodman big band at Carnegie Hall in 1938.

During their jam session of “Honeysuckle Rose”, Goodman stunned the audience by signalling for Green to take a solo. This was a move that would forever alter the place of the acoustic guitar among jazz ensembles.

One of the most often cited acoustic jazz musicians, Django Reinhardt was one of the first musicians to improvise with the acoustic guitar over other instruments. As with the other forefathers of acoustic jazz guitar — volume was an issue.

Reinhardt’s solution? Play with enough flash and pizazz to be remarkable. Having grown up in a gypsy family, his musical inspiration came from the flamenco of Spanish gypsies and even the violin style of the Hungarian gypsies.

Now, almost every guitar player owes something of a debt to the guitar stylings of Django Reinhardt.

Charlie Byrd would be the first to attribute his style to Django Reinhardt, and did so often throughout his impressive career, even naming his quintet The Hot Club du Concord, similar to Reinhardt’s quintet, the Hot Club of France (Quintette du Hot Club de France).

Having been taught to play the guitar by his father as a child, Byrd later became a guitar teacher himself and played with a series of groups until he was introduced to Brazilian music and became entranced.

After touring in South America, Byrd decided he would like to adopt the style and created an album, Jazz Samba, of bossa nova music. Later, he would play at The Showboat II, a jazz club in Maryland until his death in 1999.

Not only is Joe Pass considered one of the greatest jazz guitarists of the 20th century, but his book on jazz guitar has become one of the most often used texts used by guitar teachers in America.

Though his trademark guitar was a Gibson ES-175, and was thus electric, his picking style and prolific career (which moved from television, including The Tonight Show Starring Johnny Carson, to some of the most impactful names in music, including six albums recorded with Ella Fitzgerald) make him a key player in a conversation of the relevancy of the jazz guitar.

Epiphone has even created an archtop electric-acoustic guitar in his honour.

And now we find ourselves in the modern era of the acoustic guitar as a composer of jazz, though the shadow of past lives live on. Martin Taylor is another who follows the footsteps of Django Reinhardt, and was able to truly emulate his idol when he was offered the guitarist position in an ensemble with Stéphane Grappelli, the violinist of the Reinhardt-founded Quintette du Hot Club de France.

After eleven years playing with Grappelli, Taylor fell into a time of hardship before becoming a solo musician. He now teaches, and in 2012 endorsed two Peerless guitars: the higher-spec Maestro and the Virtuoso.

Yamaha AEX1500, which he helped to develop.

'They Can't Take That Away From Me' - Martin Taylor

LA’s Acoustic Jazz Quartet and their guitarist Jamie Findlay are — as you might expect — some of the top names in contemporary acoustic jazz. They create both original compositions and play from old classics, blending saxophone with acoustic guitar to high acclaim.

The quartet is comprised of David Sills on Saxophone, Jamie Findlay on acoustic guitar, Zac Matthews on bass, and Dean Koba on drums. This So-Cal band has two albums under their belt and a plethora of individually released records.

Charles Vallena is the chief-editor and webmaster of Guitar Junky, the #1 online resource of the best electric guitar reviews. With a deep passion and enthusiasm in playing guitar, he aims to inspire beginners through free guides and tutorials.